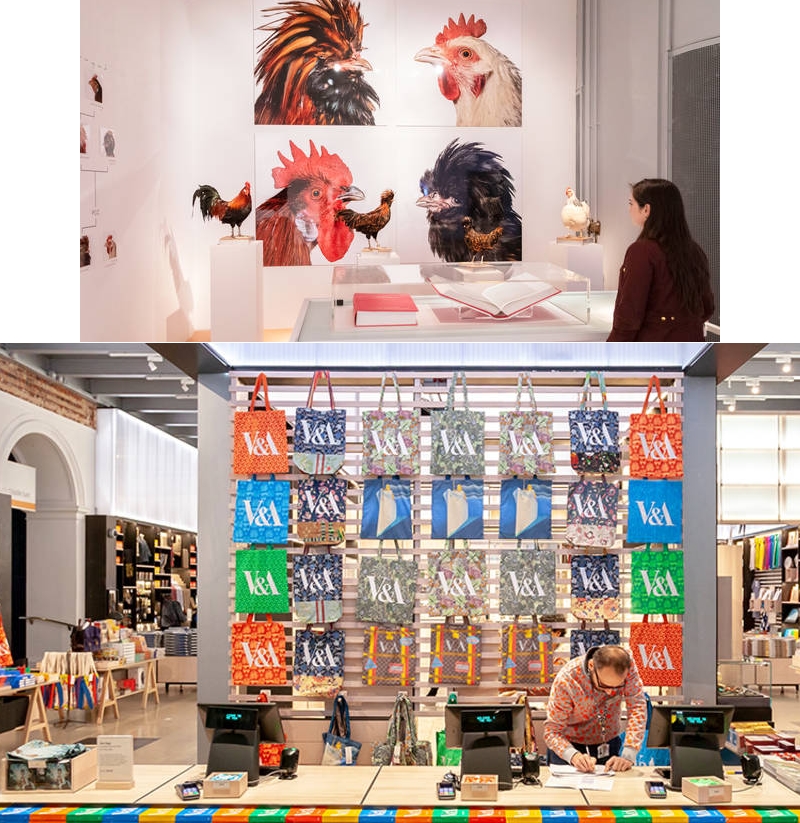 This article titled “Documentary series to take viewers behind scenes of V&A” was written by Mark Brown Arts correspondent, for The Guardian on Tuesday 20th August 2019 05.00 UTC

Documentary film cameras are to go behind the scenes at the V&A to tell stories from one of the world’s most eclectic museum collections, which spans ancient Chinese ceramics to Bradley Wiggins’ handlebars.

BBC Two has announced it is to screen a six-part series exploring the work of the hundreds of curators, conservators and technicians who work there.

The show is being made by Blast! Films, whose factual series back catalogue includes The Secret Life of the Zoo, Saving Lives at Sea and The Supervet.

Alistair Pegg, Blast’s director of programmes, said getting this type of access inside the V&A was a documentary-maker’s dream.

“It felt like an opportunity to make a different kind of documentary series,” he said. “So we will be focusing on the secret life of the objects themselves and the work that is going on unbeknown to the millions of visitors who go there. We are trying to take people to a world that you would never see as a visitor.”

Each programme will feature several objects that might be being conserved, redisplayed or loaned out. “We hopefully will uncover some hidden history about each piece,” said Pegg.

Among the stories expected to be told will be a project examining original manuscripts by Charles Dickens, revealing in startling detail his crossings out and amendments and what they can tell us about his mindset.

Another will follow the 3D and infrared scanning of the Raphael Cartoons to better understand the story of how they were created.

Filming has already started and is expected to take several months with a hoped-for transmission date of next year.

Inviting documentary-makers in to film your everyday work can be a perilous experience for arts organisations.

The BBC documentary series The House, which in 1995 went behind the scenes at the Royal Opera House, was widely considered a disaster for Covent Garden, showing squabbling, backstabbing, chaos and incompetence on a staggering level. It also made for brilliant, compelling viewing.

The National Gallery had a much happier experience as the subject of Fred Wiseman’s three-hour 2014 film which opened at Cannes before a cinema release.

The V&A’s director, Tristram Hunt, said the museum’s aim was to “champion creative industry, inspire a new generation of designers and makers and enrich everyone’s imagination.

“We hope this series will inspire a new generation of designers and makers, museum-goers and day-trippers to fall in love with the V&A and its remarkable collection.”

Patrick Holland, the controller of BBC Two, said the series “promises to be an absolute treat” taking “the audience behind the scenes of the museum in a unique BBC Two way”.

The documentary makers are not the first to be allowed behind the scenes at the V&A. At the Venice Biennale this summer is a work by the artist Marysia Lewandowska who found in the museum stores, by chance, cans of celluloid not in the inventory.

They contained footage made by a team for a 1978 BBC documentary Museum at Work and includes a scene in a smoke-filled boardroom of mostly grey-haired men cheerfully inspecting an architectural model of an exhibition design.

“I’ve heard about that,” said Pegg. “I haven’t seen the original film but I’d love to have some of that footage in our series.”