France, Italy and Germany: Wealth Preservation report
French and Italian UHNW Populations Lose at Least One UHNWI Every Three Days Since the Start of 2012 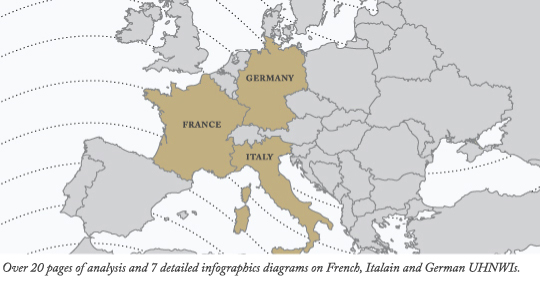 “Our research indicates that the number of billionaires in Indonesia surpasses the numbers seen in France and Italy on an individual basis,” he said. “Such insight should prove invaluable for targeting decisions and strategies,” commented Mr. David Lincoln, Wealth-X Director of Research.

Contrary to conventional wisdom that wealth in Europe is largely inherited, Wealth-X research indicates that, as reflected by analytical data on the three countries included in this report, a large and growing proportion of the wealth that resides in Europe is self-created. Nonetheless, inherited wealth still inhabits an important space in UHNW populations. 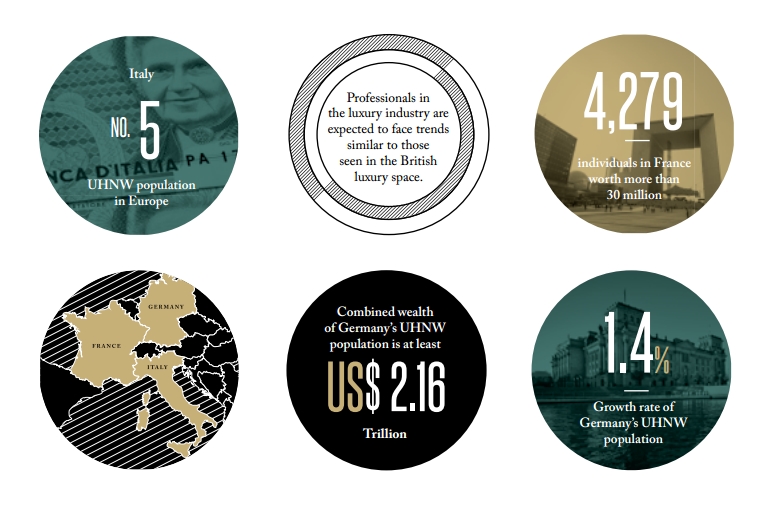 In France there are 15 billionaires, according to Wealth-X, the UHNW client development solution for bankers, marketers and fundraisers. This group of billionaires, representing the top 0.4% of the UHNW population, control 24% of the total fortune attributable to the ultra wealthy segment.

Germany is home to at least 16,156 UHNWIs with a combined net worth of US$ 2.16 trillion. There are 231 individuals who have joined the ranks of the ultra wealthy since the release of the World Ultra Wealth Report 2011. The German UHNW population has increased by 1.4%.

The report shows there are 71 billionaires in Germany. This group of billionaires, representing the top 0.43% of the UHNW population, control 19% of the total fortune attributable to the ultra wealthy segment. On average, these billionaires are worth almost US$ 5.84 billion each.

On the luxury real estate front, the notion of real estate investment as a means of capital preservation continues to gain traction. UHNW investors, spooked by the shrinking stock of “safe” assets, have chosen to move funds into real estate in safe havens on the continent as well as neighbouring countries, such as the United Kingdom. 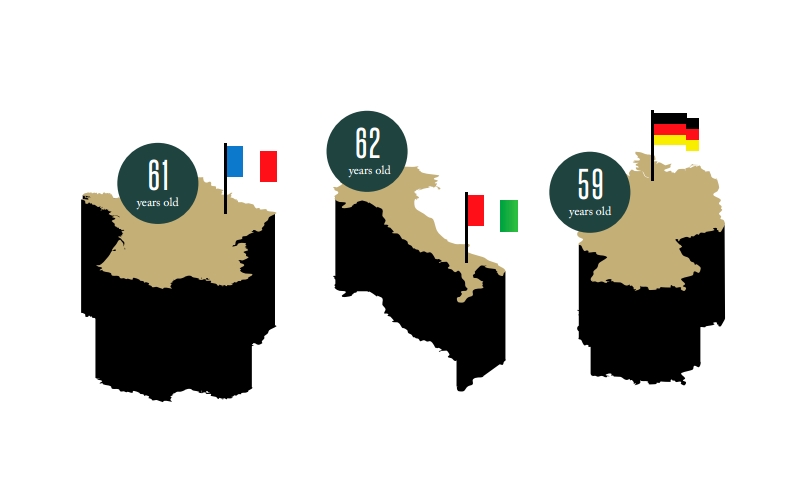 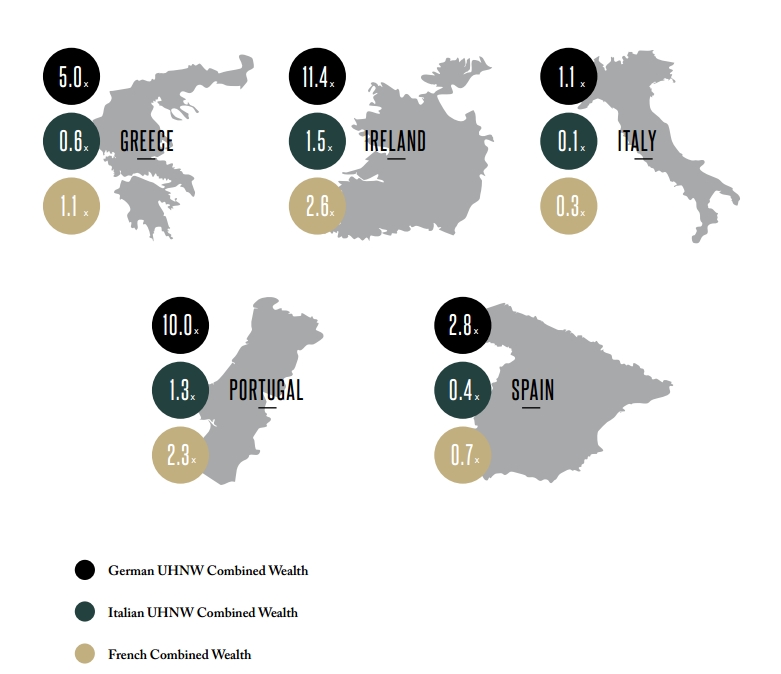