Japan Airlines is another international airline bringing exclusive high-end services to first and business class passengers. The airline will continue seeking ways to bring passengers a refreshing onboard experience through more delectable meal choices in its flying restaurant.

From December, two world renowned Japanese chefs, Hiroki Yoshitake and Shinichi Sato, will create Western 1st meals in Japan Airlines’ First Class and Business Class. They will take turns creating a new menu every three months. The menu from December 1 is created by young Japanese chef Hiroki Yoshitake, Executive Chef of “Sola” in Paris, who received a Michelin one star rating for France just over a year after opening his restaurant. The menu from March 1 will be created by Chef Shinichi Sato, Executive Chef of “Passage 53” in Paris, who is the first Japanese to receive a Michelin two star rating for France. 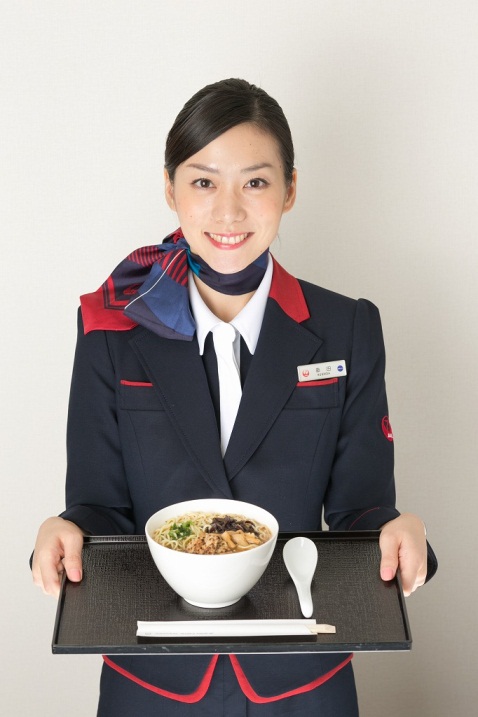 Yoshitake’s menu is a fusion of French cuisine and Japanese inspiration and will include Charolais Beef Fillet with Three Sauces, Hors d’oeuvre (Six Bowls Selection), king crab chawanmushi, Lobster Ravioli. The collaboration menu will be served on Japanese Arita dishware, a typical Japanese chinaware made in Saga Prefecture with a 400-year history.

In addition to the new installment of Japan Airlines’s popular AIR SERIES which is produced in collaboration with well-known restaurants and other purveyors of fine food, JAL is collaborating with a popular ramen shop to create original noodles for the in-flight meal.

Furthermore, a new winter menu of “Ore-no Kinaishoku for Resort” will be served in Premium Economy and Economy Class on the Honolulu route.