Guided by the stars, Dior debuted its Fall Men’s 2023 collection against the Great Pyramids of Giza. 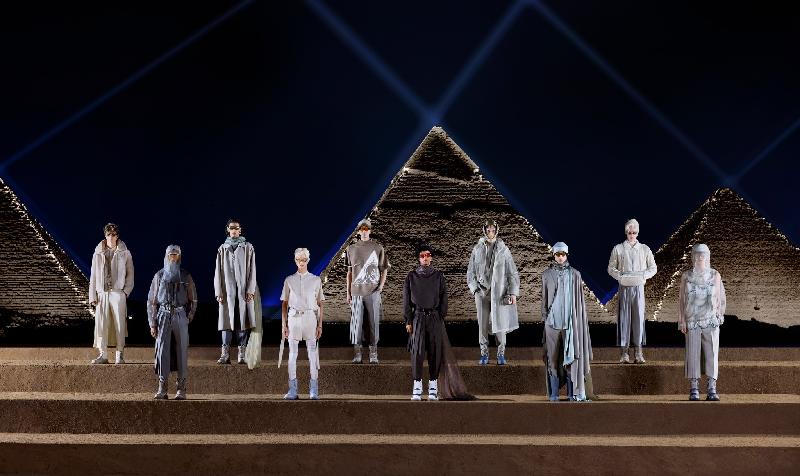 As night fell on the captivating Egyptian desert, Dior presented a collection unique in more ways than one, celebrating the 75th anniversary of the Maison.

Dior Men Artistic Director Kim Jones remains faithful to the heritage of Christian Dior with a collection inspired by the founder’s fascination with symbols, superstitions and stars. After nearly tripping over what became his lucky star, Monsieur Dior was convinced that his destiny lay in haute couture. This latest runway event was equally symbolic, since it culminated a series of memorable shows in 2022. The trilogy began at dawn in winter on the Pont Alexandre III bridge in Paris, followed by Granville and Charleston on a warm summer day, and finally, a show beneath the stars in Egypt.

“My interest in ancient Egypt is about the stars and the sky. It’s that fascination with the ancient world and the parallels with what we look at today; what we inherited from them and what we are still learning from the past. It links to Christian Dior in that sense and by way of his fascination with symbols and superstitions that recur throughout his life and work, one of which is the star. In both the collection and the show there is an idea of ‘guided by the stars’ and what that can entail in many ways. It’s about how the past shapes the future or an idea of the future from the past.” Kim Jones. 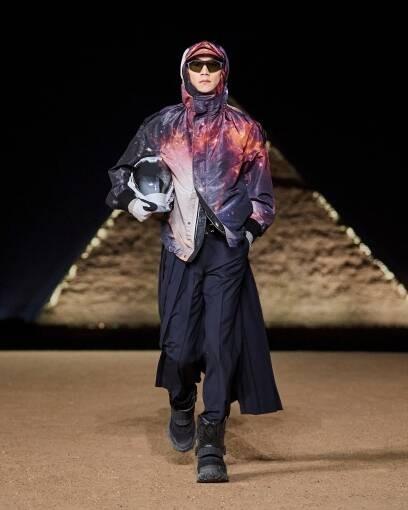 The collection absorbs the lessons of the past, applying them to the present and future, revealing the designer’s equally historical and futuristic vision. A perfect fusion of tailoring and sportswear, the wardrobe features a demi-kilt in crin-like wool, originating from the bias pleated skirt of a dress from the fifties dubbed Bonne Fortune. Outerwear has a protective dimension, while myriad references to space inform the clothes. Accessories in gradations of gray add to the spectacle, revisiting the codes of cannage and the CD diamond. Footwear flirts with futurism with a grounding in traditional savor-faire, united with the excellence in contemporary technical know-how for which Dior is renowned.

Striking sunglasses and bi-material caps offer a level of protection taken to the next level by 3D-printed futuristic helmets. The pockets and fastenings of sporty jackets integrate wearable bags, while a backpack is partly composed of woven papyrus. As the show backdrop, the Giza pyramids inspire pendants and knits, and the night sky is evoked in colorful cosmic prints.

Overflowing with wonders recounting Dior House’s history, the archives inspired several looks in the recently-unveiled Men Fall 2023 collection. Translated through the ingenuity of the atelier’s unique savoir-faire, the ‘Junon’ and ‘Bonne Fortune’ dresses gave rise to embroidered tank tops and demi-kilts, respectively. While the cord-stiffened detailing of a highly refined interpretation of a tracksuit in end-on-end wool comes from the ‘Caramba’ of 1956. Dior Tears capsule at the Grand Egyptian Museum in Giza

Dior Tears is the capsule guest designed by Denim Tears as part of the Men Fall 2023 collection by Kim Jones, which was presented last Friday at the Grand Egyptian Museum in Giza, Egypt.

Backstage before the Dior Tears presentation at the Grand Egyptian Museum in Giza offered an opportunity to sample some of the splendid details. As just a small selection, the cotton flowers symbolic for the brand’s founder, Tremaine Emory, appear as embroideries; crocheted hats, maxi plaid motifs, collard green prints and striped scarves go all out on color; and ‘Dior Gallop’ and ‘Dior Lingot’ bags come in textured Dior Oblique with cognac leather trim. 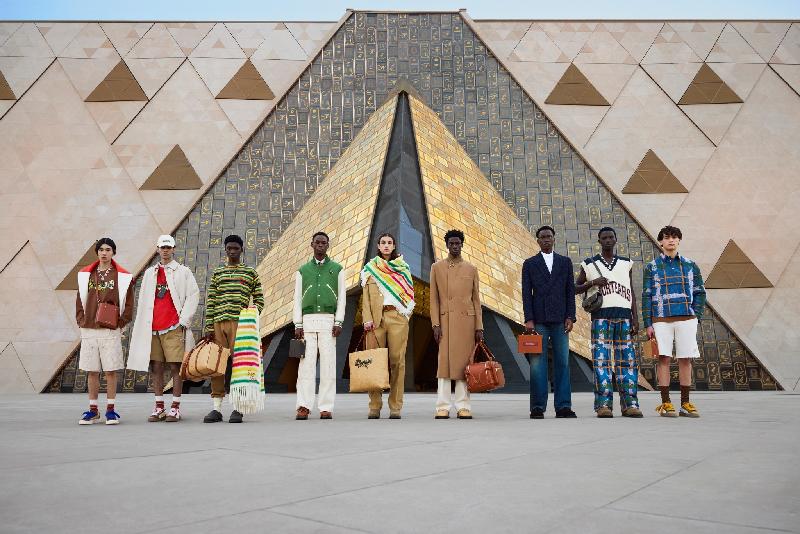 “I want to share that moment in time, that beautiful moment in time where black writers and musicians and artists were coming from America, running from America, and finding some level of acceptance in certain European cities and being able to have their art respected and who they are respected. It wasn’t perfect but it was just a moment, a beautiful moment for blacks to have the privilege and opportunity to escape from the terror, the horrors of America, a segregated Jim Crow America. Artists like Miles Davis and writers like James Baldwin found refuge in Paris.” Tremaine Emory

A journey of Jazz: a dialogue between New York and Paris, via New Orleans is found in the Dior Tears collection.

There is a meeting of the elegant and the idiosyncratic, the casual and the classical in the collection, Guest Designed by Denim Tears’ founder and creator Tremaine Emory. Emory is a designer much respected by his long-time friend Kim Jones, and one who here incorporates an idea of the American archetypal with French high savoir-faire. The Dior Tears capsule collection still has denim as its basis – the fabric’s origins might be French after all, coming from ‘serge de Nimes’ – with special jacquards and discharge prints developed and added to heritage fabrications, with fifties shapes retained. While a sartorial sensibility is augmented, with the skills of the Dior atelier infusing all. Here, American homespun meets French high craft; a commingling and cross-fertilisation of fashion and cultural codes in the collection reflect the movement and influence of the great African-American Jazz musicians who travelled to Europe to play. They were inspired by what they found in Paris and were in turn an inspiration for Paris itself, propelling the avant-garde culture of the city further forward. The collection mirrors this in its own origins.

The collection is one largely inspired by the look of black Ivy League students of the fifties and sixties and the insouciant style of Jazz musicians from the same period. There is also a nod to the civil rights movement that existed simultaneously with both, where workwear was also worn. Here, preppy meets the origins of ‘cool’ via the world of work in archetypal American garments, such as unpretentious plaid shirts, enduring varsity jackets and effortless chinos combined with the sartorial sleekness of classic wool overcoats, sinuous tailored suiting and elegant cognac leather accessories, such as the trumpet bag. 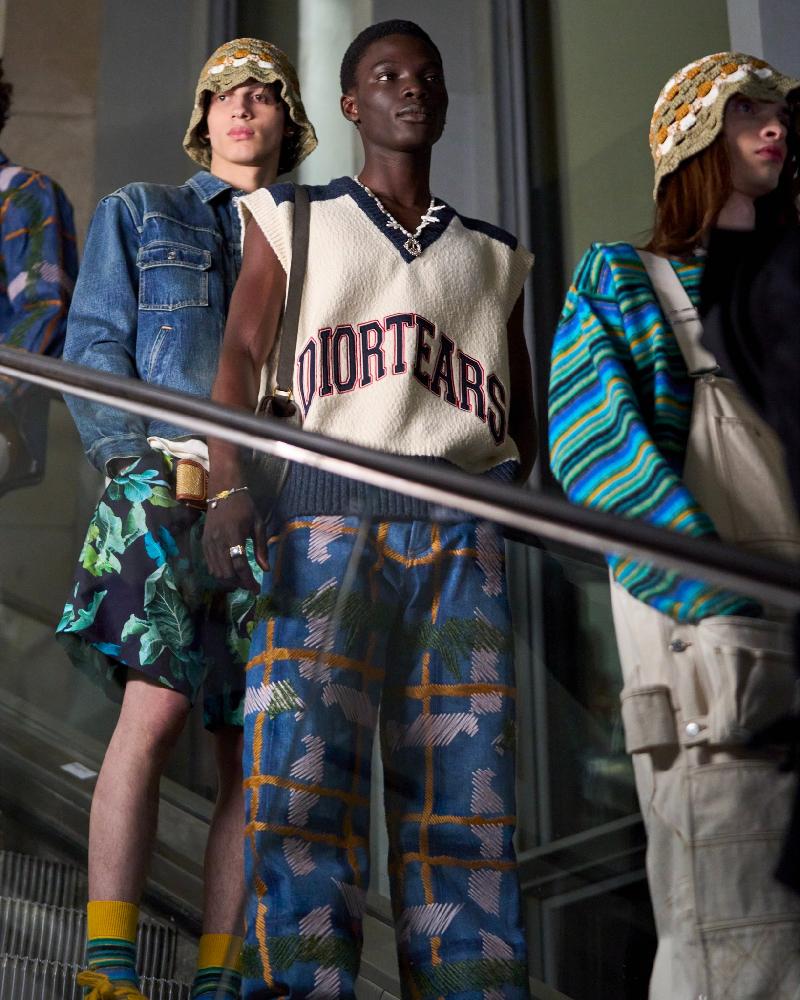 In many ways, the collection is a microcosm of Denim Tears and the world it occupies.

Emory’s collections deal directly with the African diaspora, particularly the experience of the diaspora in the United States of America. Adding to this conversation, Dior Tears also incorporates a dialogue with France. Here, signs, symbols and motifs such as cotton blossom and collard greens, as well as the overall narrative of this collection, reflect these concerns. It is particularly resonant in how it relates to Tremaine Emory himself as an African-American who was born in the rural South of the USA and who grew up in New York City. 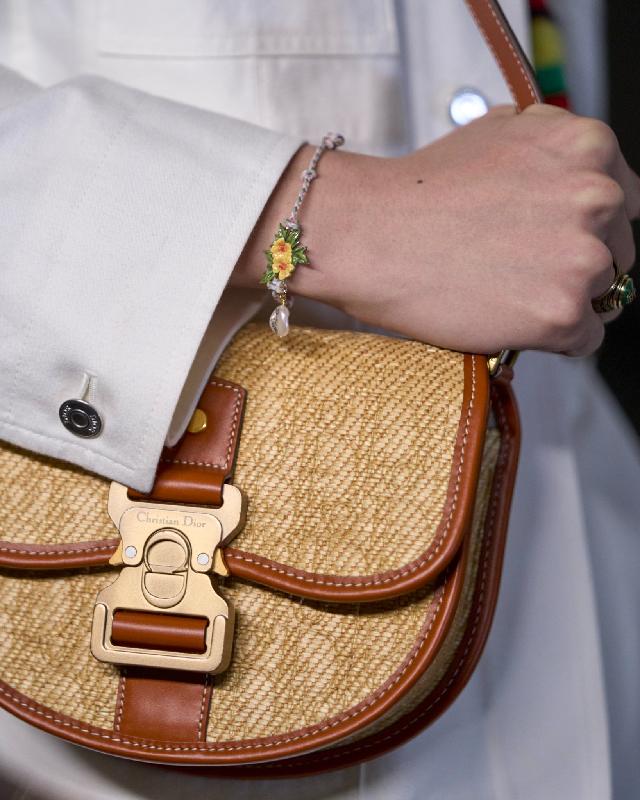 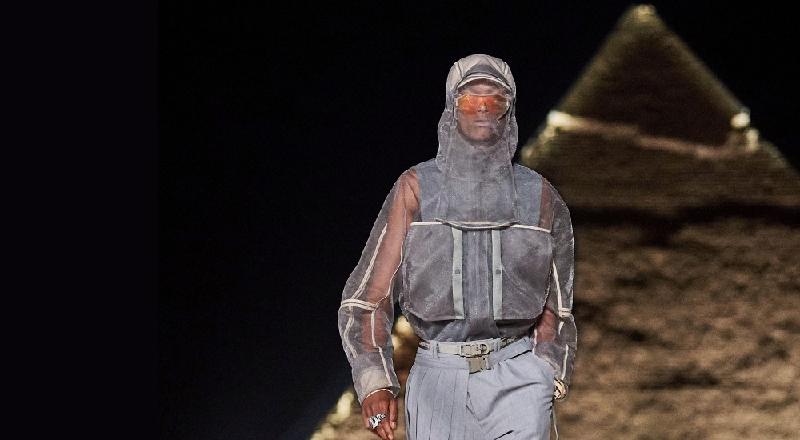 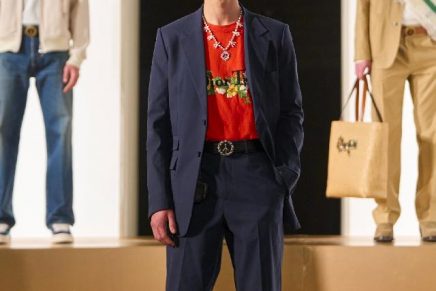 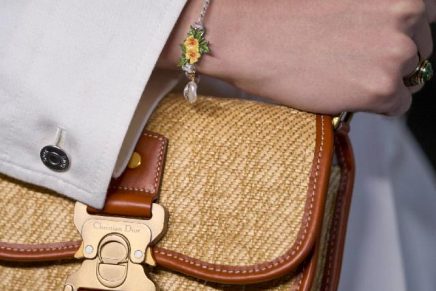 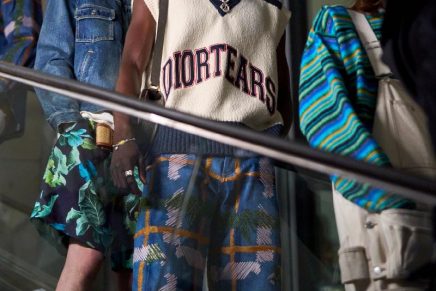 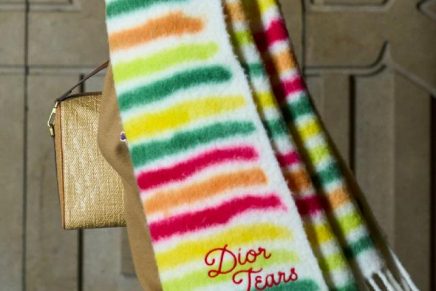 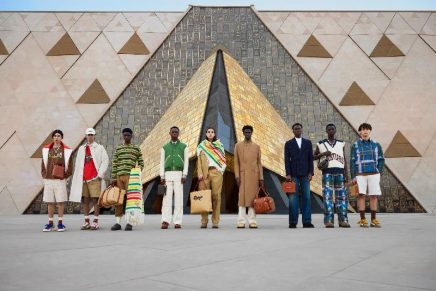 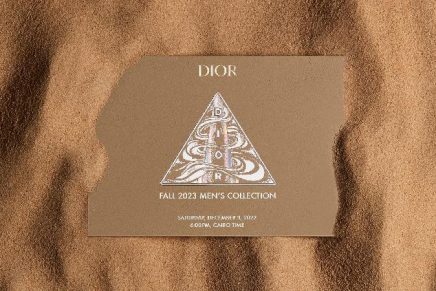 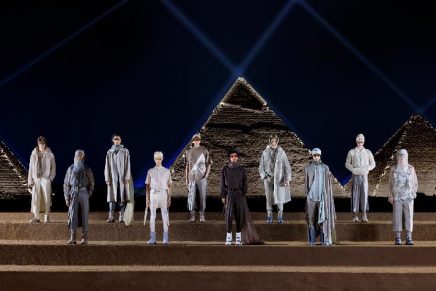 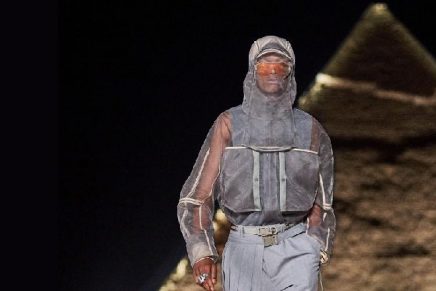