The first master chronometer tourbillon from Omega Watches is a stunning tribute to the watchmaker’s art. 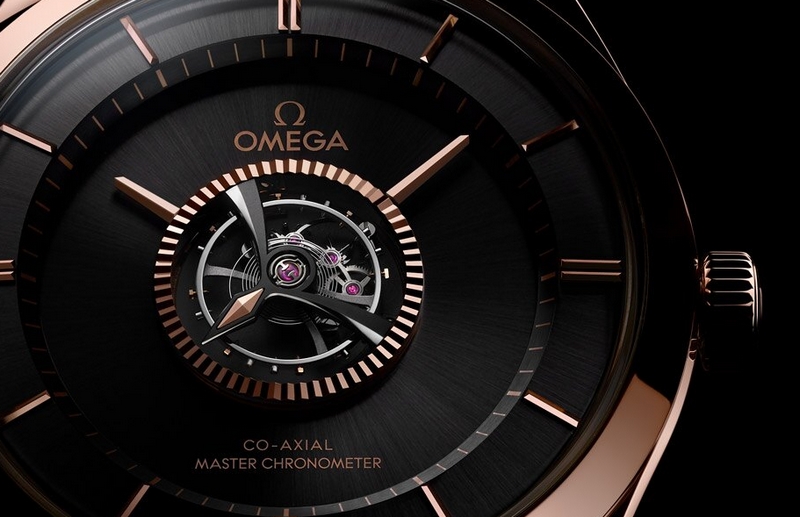 The new De Ville Tourbillon Numbered Edition from the renowned Swiss watchmaker is OMEGA’s first ever Master Chronometer certified manual-winding central Tourbillon. Not only does this certification assure the Swiss industry’s highest standard of precision and performance, but it also serves as a testament to OMEGA’s expert watchmakers, who have crafted a tourbillon cage that is able to keep rotating even under a magnetic field of 15,000 gauss. The skilled watchmakers also set the Tourbillon’s speed to one revolution per minute allowing the display of seconds, which is essential for achieving certification.

Each timepiece has been handcrafted by a select group of horologists at OMEGA’s Atelier Tourbillon, taking around an entire month of dedicated work to complete.

The owners of the watch can view the impressive OMEGA Co-Axial Master Chronometer Calibre 2640 through the sapphire crystal case back, and also note its 3-day power reserve indicator. The bridges and mainplate are made from 18K Sedna™ gold, and have been hand-bevelled for a decorative finish.

The new De Ville Tourbillon Numbered Edition comes with OMEGA’s full 5-year warranty, and is delivered in a special box with a travel pouch and watch crown winder. There is also a certificate that mentions the specific number of each watch. Presented on a black leather strap, the 43.00 mm central case body, buckle logo and crown logo are made from 18K Canopus™ gold – an exclusive white gold alloy, distinctive for its high brilliance, whiteness and longevity. Meanwhile, the lugs, bezel and caseback of the watch are formed in 18K Sedna™ gold – OMEGA’s own fiery rose gold alloy.

The sun-brushed dial is also in 18K Sedna™ gold, but has been given a captivating dark shade, thanks to its black PVD treatment. Also unmistakable at the centre of the dial is the tourbillon cage with hand-polished bevels in black ceramised titanium. This ingenious device drives the movements of the unique and mysterious hands, which give the timepiece its incomparable OMEGA style.

This latest industry-changing wristwatch is the next major accomplishment in OMEGA’s Tourbillon history. Other historical highlights include the first-ever wristwatch Tourbillon calibre, which was created by OMEGA in 1947 and entered into the precision competitions at three major European Observatories. These calibres obtained excellent results, even setting a  record in Geneva in 1950. Almost 50 years later, in 1994, OMEGA introduced the first self-winding Central Tourbillon  wristwatch, with the Tourbillon carriage positioned in the middle of the watch. A decade later, in 2004, OMEGA would produce the first Tourbillon wristwatch to be Chronometer certified. 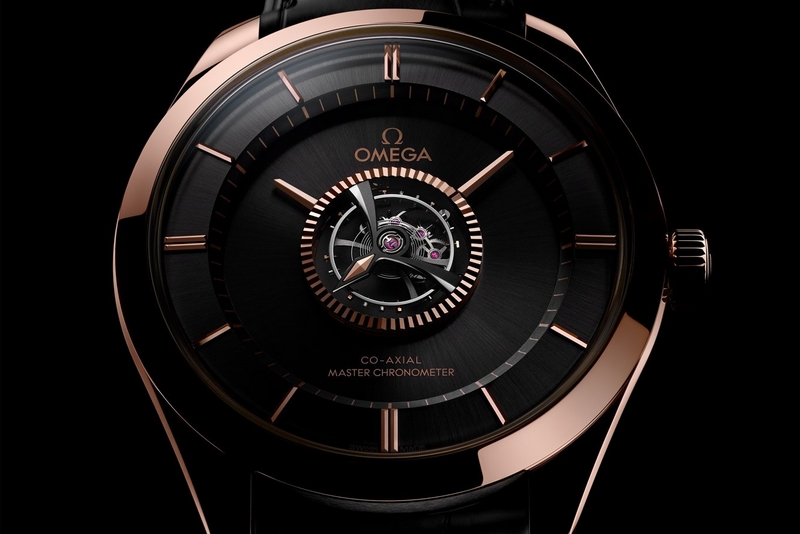 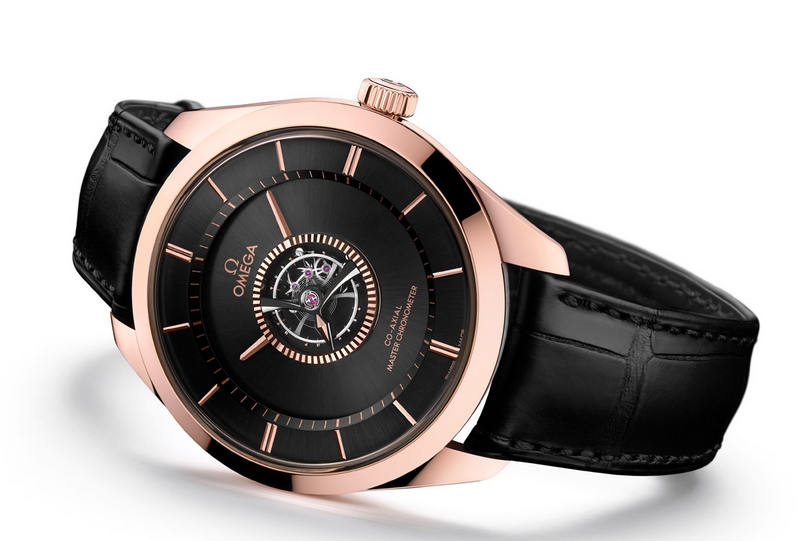 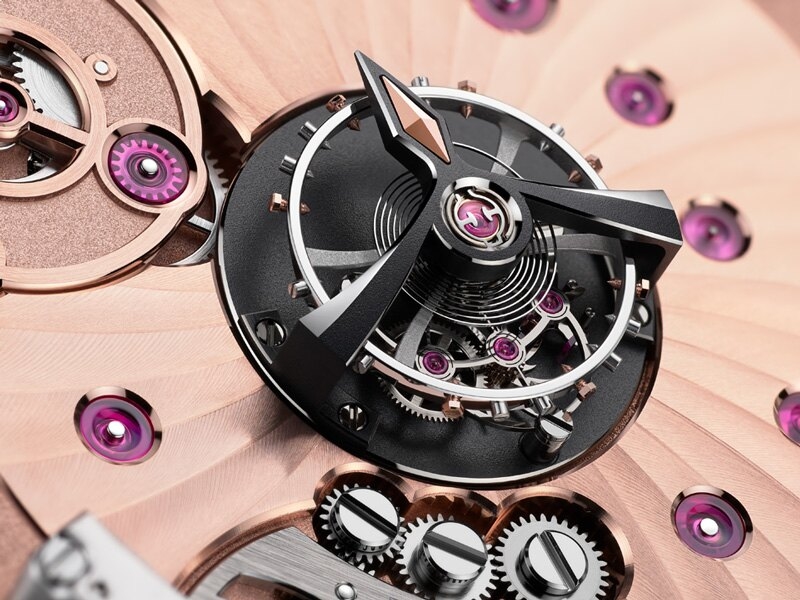 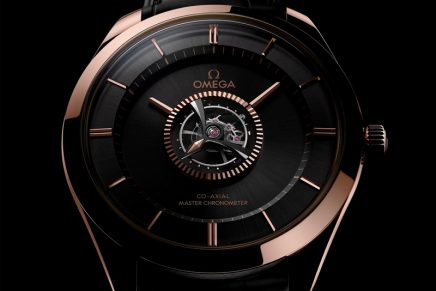 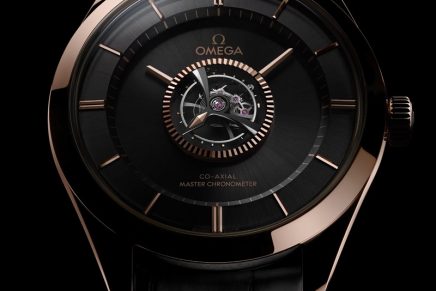 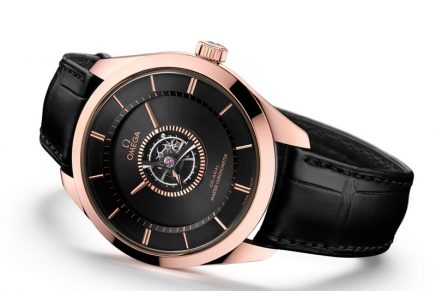 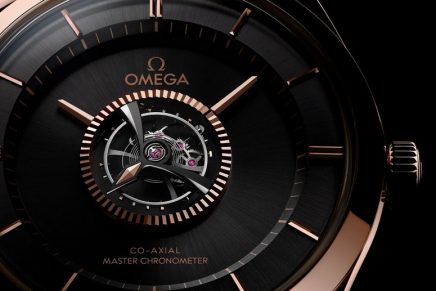 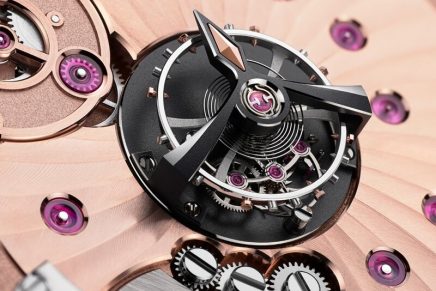 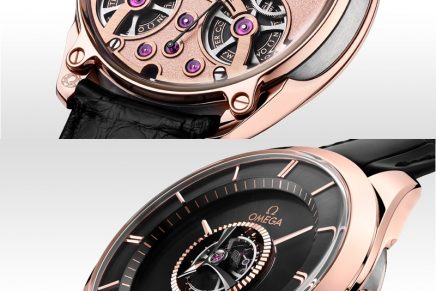