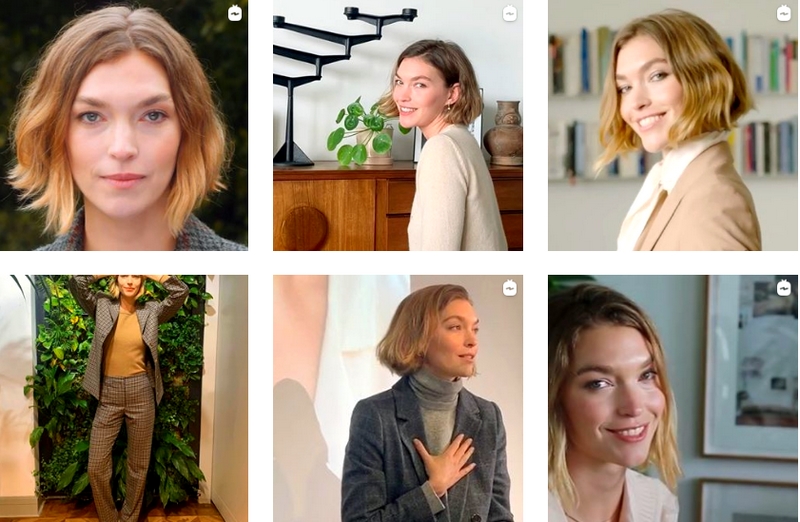 Throughout her decade-long modelling career, Arizona Muse has walked catwalks for Chanel, Prada and Tom Ford, and starred in advertising campaigns for Karl Lagerfeld and Louis Vuitton. Now, however, she is starring in a new video for the climate activist group Extinction Rebellion, challenging viewers to “share, rewear, relove your clothing” and “to rebel against your clothes”. Because, she says to camera, “this season’s must-have is the continuation of life on Earth”.

The video, which is released today, before London fashion week, features animals on the verge of extinction, as well as ice caps melting and wildfires raging. It is the latest attempt by the fashion wing of Extinction Rebellion to challenge an industry that, as Muse puts it, “is in crisis”.

Every year, global emissions from textile production outweigh the carbon footprint of international flights and shipping combined, according to the Ellen MacArthur Foundation. Between 80 and 100 billion pieces of clothing are made, with £140 million worth of clothing estimated to go into landfill in the UK alone. The fashion industry is also contributing to deforestation and water scarcity.

The new video focuses on consumer responsibility, with Muse explaining: “When we are buying clothes we are making choices about the future of the planet. We’re talking about how you and I are all contributing to climate change.”

She’s keen not to make the video about shaming, however. Speaking over the phone, Muse readily admits to not having a fully sustainable wardrobe herself, and sometimes takes to Instagram to rank her outfits’ green credentials. Today her jumper (regenerated cashmere), jeans (not organic) and shoes (not vegetable tan leather) score her one out of three.

The 31-year-old British-American model, whom Anna Wintour once described as the “new face of American fashion”, is hoping the video reaches “anyone who buys clothes … and anyone who makes clothes. Because clothes are a really big part of our problem today, we are making them in a way that is completely destructive to the environment and societies and people, and we need to seriously rethink this in a very rapid way.”

Muse first became interested in sustainable fashion five years ago after realising she knew nothing about where the clothes she was modelling came from or how they were made. In the early days of her sustainable fashion journey, she recalled sitting at fashion events and knowing she had “maybe one or two minutes to talk about sustainability before my seat partner would turn in the other direction”. Now, she says, “people are actually interested”.

Educating herself, via documentaries and reports from the Intergovernmental Panel on Climate Change, she became “fascinated by the way the whole supply chain works.” Yet she is not immune to criticism for being a part of the industry that she is calling out. She has been asked previously how she feels about modelling for brands that are not sustainable. Her answer, she says, is simple: “I feel so lucky that I have an access point to these brands. I get to go and meet the designers and CEOs, and guess what I do all day long when I’m on set? I’m chit-chatting about sustainable fashion.”

During London fashion week last September, XR staged protests and put on a funeral to grieve for the industry. For many, it seemed a radical move, but there are examples of fashion weeks revolutionising, without that kind of external pressure, in the name of climate crisis. Earlier last year the Swedish Fashion Council announced it would cancel Stockholm fashion week to explore more sustainable options, and last month Copenhagen fashion week announced “radical” new sustainability goals. This time around, XR is planning more rebellion.

“XR has an amazing ability to keep the climate crisis looming large in the imagination of the public and to get the right people talking,” says Muse. “I am so hopeful for fashion’s future and I don’t believe that fashion week should be cancelled. But it definitely needs some massive changes. During fashion week, there is an immense pressure on supply chains that leads to more emissions, and there is so much waste – from extravagant set designs to small things like the thousands of old coat hangers that take centuries to break down, giving off terrible toxins and endangering wildlife. We also need to ensure that more is done to highlight the amazing work of those brands making clothes that don’t harm the planet or the people who make them.”

Beyond fashion week, Muse is hopeful that the industry can change for the better. “I see greenwashing, but I also see companies hiding behind the big excuse that ‘we can’t move that quickly, we have so many things to consider’. I think they’re considering margins over the health and wellbeing of the planet and society and I’d really like to see that ending.”

Across the industry, steps are being taken to try to limit fashion’s detrimental impacts on the planet. For instance, in August last year, 32 companies representing about 150 brands signed the Fashion Pact at the G7 summit promising to cut greenhouse gas emissions to zero by 2050. In September, the luxury conglomerate Kering announced a bid to become carbon neutral.

Even so, there have been criticisms of such efforts and Muse is wary of the current focus: “Brands are setting targets – by 2050, we’re going to be carbon neutral, say. I think it would be much more effective to say: ‘Starting right now we’re going to do everything we can to lower our emissions.’” A future target she says, “especially one that doesn’t have a precise action plan of how to get there, a roadmap, actually lets you relax. I don’t think that’s going to get us where we need to go – I think we need to feel urgency.”