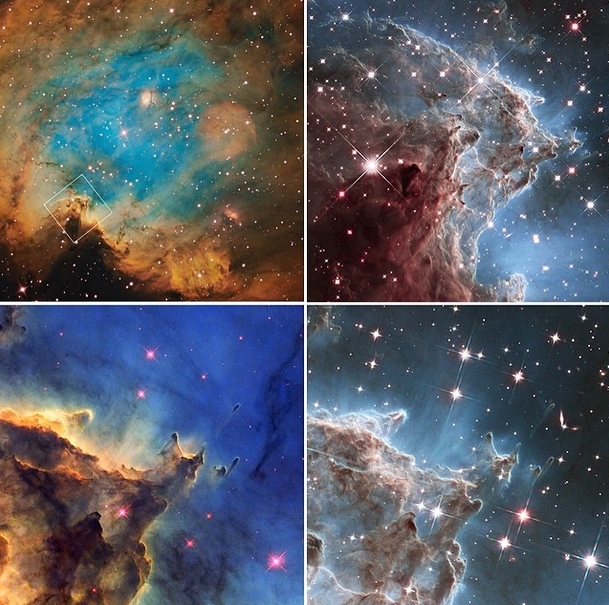 Hubble, the observatory, is the first major optical telescope to be placed in space, the ultimate mountaintop. Above the distortion of the atmosphere, far far above rain clouds and light pollution, Hubble has an unobstructed view of the universe. Scientists have used Hubble to observe the most distant stars and galaxies as well as the planets in our solar system.

Hubble’s launch and deployment in April 1990 marked the most significant advance in astronomy since Galileo’s telescope. Our view of the universe and our place within it has never been the same.

The Hubble Space Telescope, a project of international cooperation between NASA and the European Space Agency, celebrated its 24th anniversary by releasing some infrared-light images of a churning region of star birth 6,400 light- years away.

The collection of images reveals a shadowy, dense knot of gas and dust sharply contrasted against a backdrop of brilliant glowing gas in the Monkey Head Nebula (also known as NGC 2174 and Sharpless Sh2-252).

The image demonstrates Hubble’s powerful infrared vision and offers a tantalizing hint of what scientists can expect from the upcoming James Webb Space Telescope. Observations of NGC 2174 were taken in February, 2014. Massive newborn stars near the center of the nebula are blasting away at dust within the nebula. 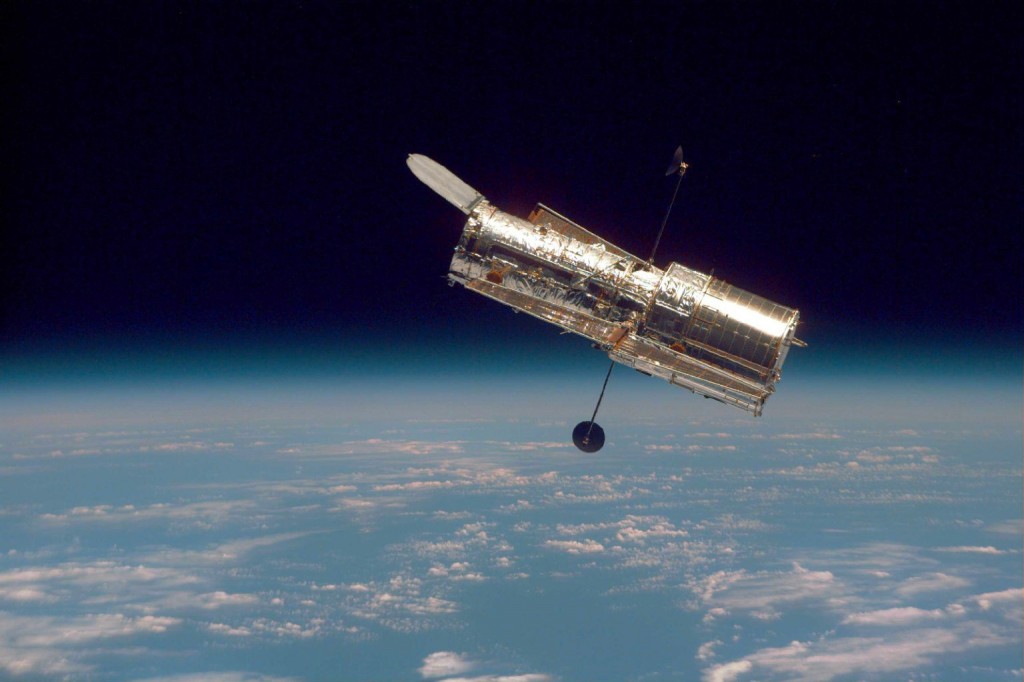