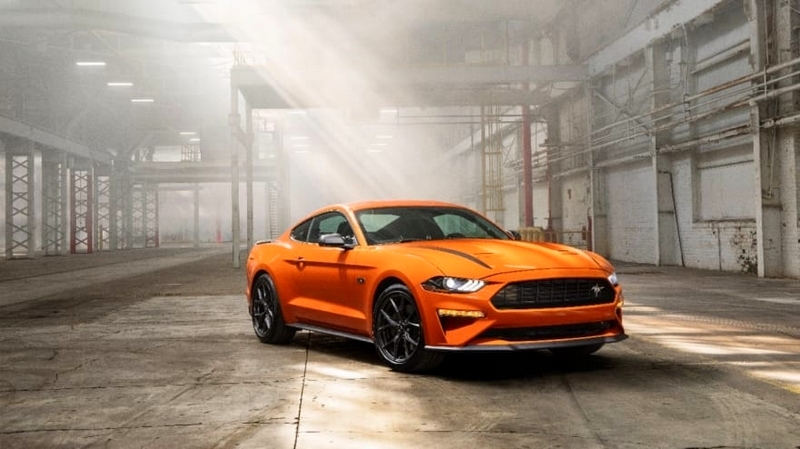 “We broke the mold when Ford launched the Mustang 55 years ago,” said Jim Farley, Ford president, global markets. “Nothing says freedom, the wind in your hair and the joy of driving like Mustang; it’s an icon. The roar of its V8 on a spring day, there’s nothing better. No wonder it’s the most popular sports coupe in the world.”

Mustang was available for purchase in 146 countries in 2018, based on worldwide Ford sales data. More than 500,000 sixth-generation Mustangs have been sold worldwide since 2015, with the pony picking up an additional half point of global share last year to capture 15.4 percent of the segment. This was fueled in part by the new Mustang Bullitt, which exceeded global sales forecasts by 25 percent.

Global sales data are based on IHS Markit 2018 total new vehicle registrations for all sports car segments. U.S. sales are based on 2018 industry reported sales. 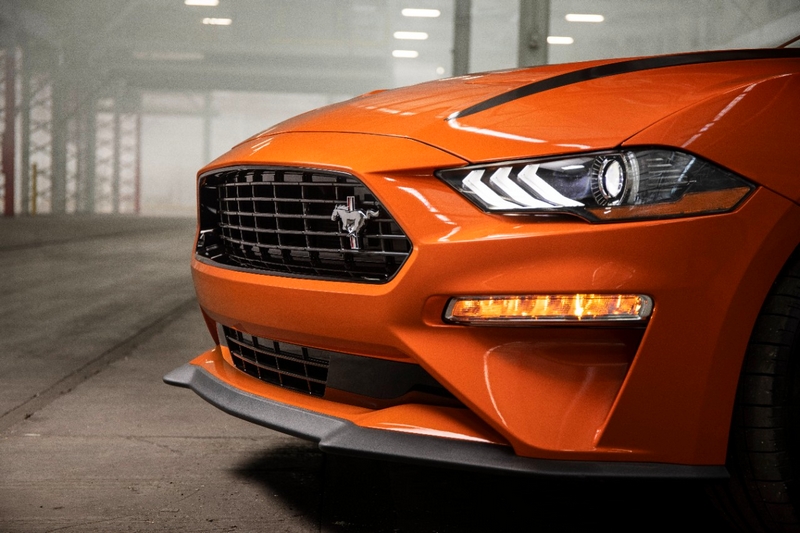 Strengthening Ford’s performance reach for 2020 and just in time for the pony car’s 55th anniversary, the new 2.3L High Performance Package for the entry-level Mustang EcoBoost® creates the most powerful four-cylinder sports car offered by an American automaker. This is the result of a unique EcoBoost engine powered by Ford Performance and upgraded handling components from the Mustang GT Performance Package.

“The Ford Performance Focus RS 2.3-liter engine is a high-revving marvel, and anyone who’s driven this EcoBoost engine instantly loves how quickly it responds and delivers power,” said Carl Widmann, Mustang chief engineer. “When our team got the chance to try this specially built engine in a Mustang, we immediately agreed, ‘We have to do this.’”

Reminiscent of development of the original Mustang in 1964, the car began as a five-person skunkworks project in the Ford Performance garage. Following an experiment with a Focus RS engine swap, the Mustang team leveraged Ford’s quickening product development times to accelerate and complete the design-to-approval process for the 2.3L High Performance Package in under 10 months.

Available on the entry-level Mustang EcoBoost fastback coupe or convertible models this fall, the Mustang EcoBoost package was developed to feel at home both on thrilling mountain and coastal roads and even on the most precise autocross courses thanks to its Mustang GT brakes, performance tires, and chassis and aerodynamics hardware from the Mustang GT Performance Package. 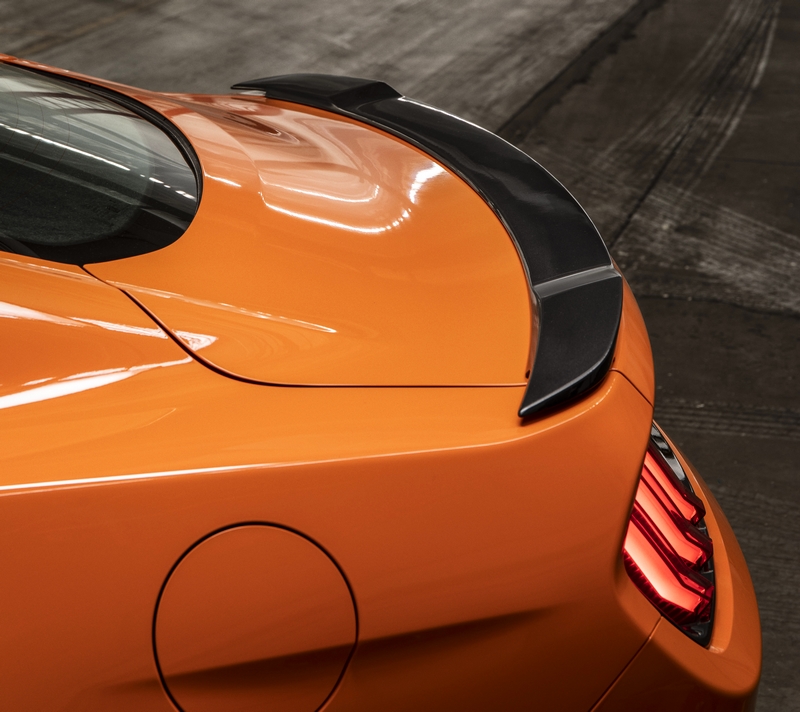 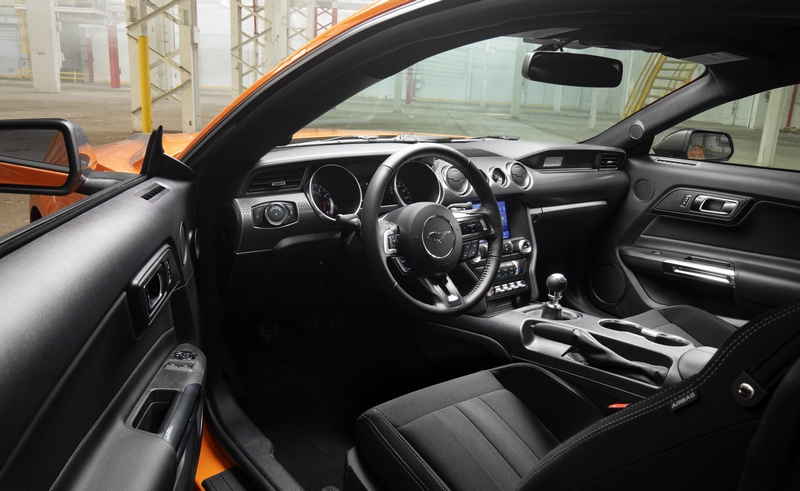 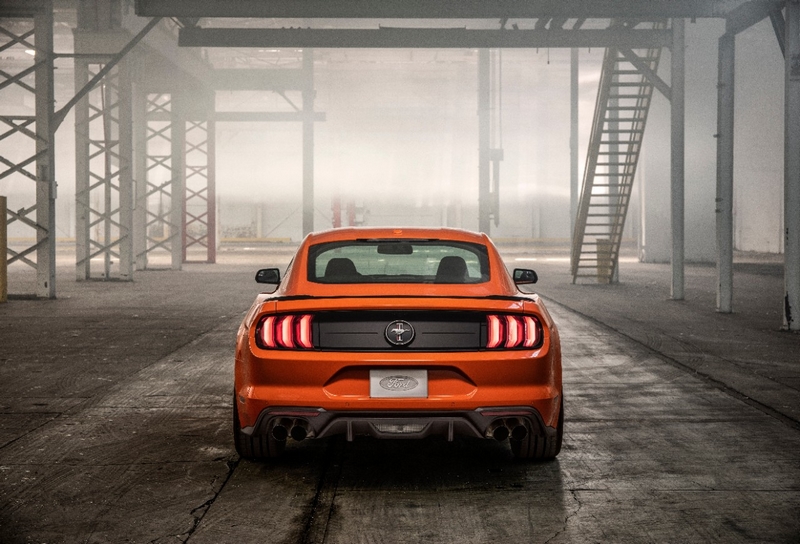 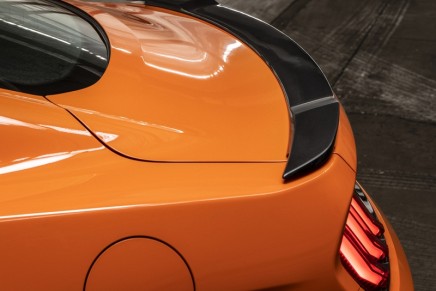 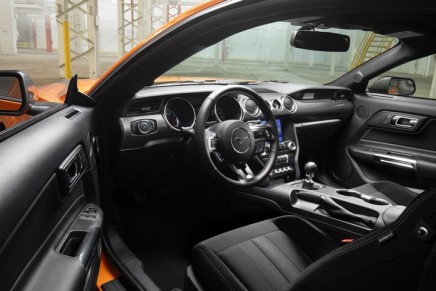 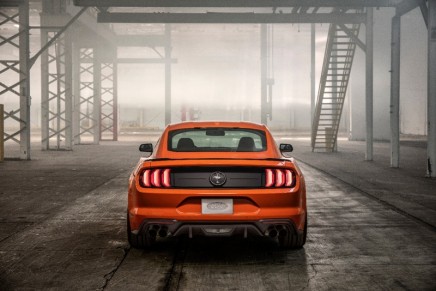 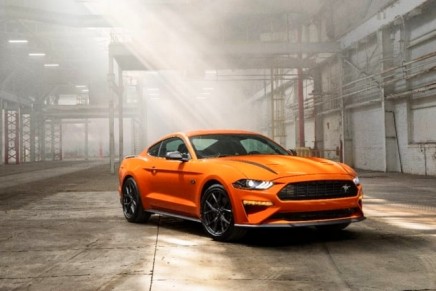