RAF Eagle Squadrons flew over the fields of Goodwood nearly 80 years ago. The Squadrons included a diverse group of American volunteer pilots who risked their lives fighting in the skies over northern Europe, including the British coast and France before the US entered the war. A special edition Ford Mustang GT paying tribute to US fighter pilots who served in the RAF during World War II will debut at Goodwood Festival of Speed 2018.

After its world debut at the Festival of Speed, the Mustang will head to the Experimental Aircraft Association’s largest fundraiser, The Gathering, held on July 26 during EAA’s AirVenture event in Oshkosh, Wisconsin. AirVenture draws more than 500,000 aviation enthusiasts annually and the car will be auctioned off at The Gathering to support the EAA’s youth education programmes. The auction is also open to global bidders. 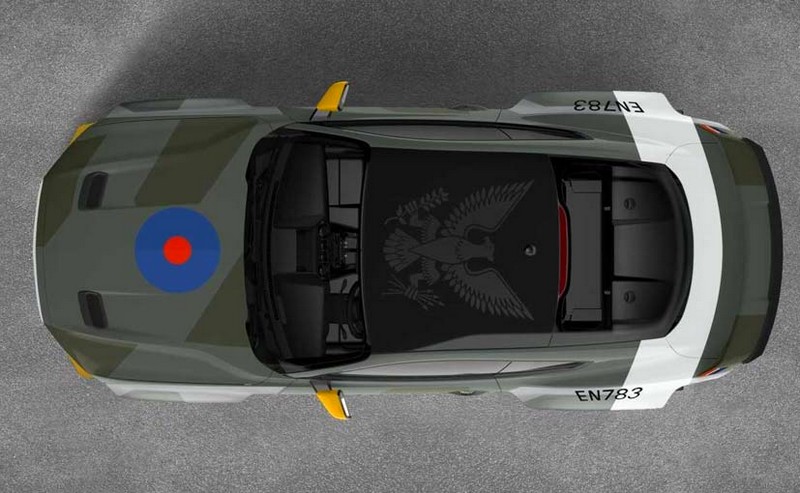 The Duke of Richmond and Gordon, founder of Goodwood Festival of Speed said: “We are honoured to have the Eagle Squadron Mustang GT making its debut at Goodwood. The car was inspired by the American volunteer pilots who fought with the RAF in World War II, while Goodwood’s RAF Westhampnett hosted US Airforce squadrons too, so it is completely appropriate to have the car here in this, our Silver Jubilee year, while the RAF celebrates its centenary.”

“Ford has a history of introducing special edition vehicles with the EAA,” wrote motortrend.com. “Last year, Ford auctioned off a bespoke F-150 Raptor that paid tribute to the Lockheed F-22 Raptor fighter aircraft. Other bespoke creations include an Apollo Edition Mustang and the Mustang F-35 Lightning II Edition that was inspired by the Lockheed Martin F-25 Lightning II fighter jet.”

The Festival is renowned for attracting the rarest and most exciting road and race cars and bikes ever created. The 2018 running of the event will be no different as it marks its Silver Jubilee having been staged every summer since 1993.

The FoS Future Lab will also be open again this year, focusing on space exploration, autonomous transport, robotics and personal flight. Visitors will be able to view displays and demonstrations, interact with some of the technology for themselves and learn more about these exciting innovations.