“Cars: Accelerating The Modern World” exhibition at V&A museum looks at the role of the car in shaping the world we live in today. 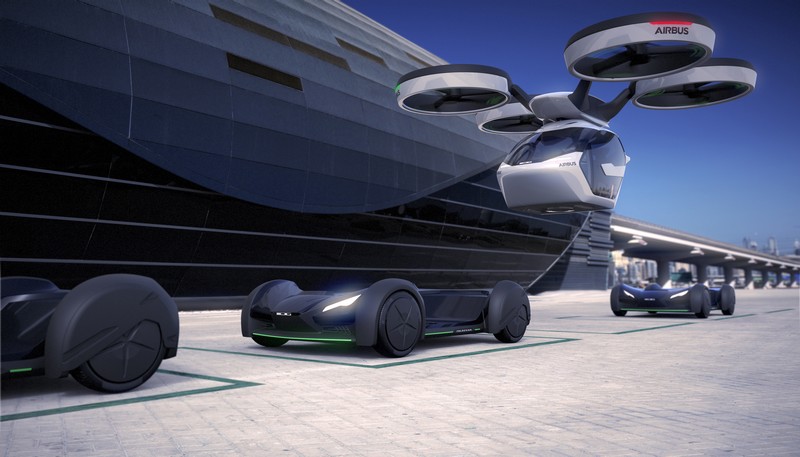 One is a rackety motorised horseless carriage with a top speed about the same as a fit human runner, the other purports to be a “self-driving, self-flying” taxi which some would like to believe will be the future of cars. Both vehicles will be part of a major exhibition later this year telling the story of the automobile, the V&A has announced.

The museum said the show would position the car as the dominant design object of the 20th century – one which accelerated the pace of progress like no other.

Brendan Cormier, a senior design curator at the V&A, said it was a particularly timely moment to exhibit cars given their potentially uncertain future.

He said: “We’ve been talking to a lot of car manufacturers who say they can’t imagine what a car might look like in 10 years … even two years is difficult to imagine. We’re at this incredible fork in the road.” He added that this made it a good moment to look back over 130 years of the car and to measure its impact.

The V&A was not the most obvious museum to do the show, he said, “but should be an obvious choice in my mind because the car is the most important object of the 20th century, in that it changed more than any other object. It is a design object with incredible amounts of agency.”

Fifteen cars will be on display, each used as a gateway to tell different stories that would cover the V&A’s traditional showcasing of photography, graphic design and fashion.

The oldest car on display would be the first production automobile ever made, Karl Benz’s Patent-Motorwagen No 3.

The car, on loan from the Science Museum, dates from 1886 and could sometimes reach a top speed of about 10mph (16km). In 1888, Benz’s wife Bertha took it on the first ever long-distance drive – about 60 miles from Mannheim, in southern Germany, to Pforzheim.

Not long after that, racing over long distances became an increasingly popular sport.

At the other end of the timeline there will be the first UK display of an electric “flying car” prototype by Italdesign with Airbus and Audi. The Pop.Up Next design combines an electric chassis, a pod and a drone. The manufacturers claim the pod could click on to the chassis or the drone, so in the event of congestion, it could fly its passenger away.

About 250 objects will be on display and at times will reveal little-known, surprising stories, the V&A said, such as how the British played an important role in kickstarting the German car industry. After the second world war, army officers arrived at the Volkswagen factories in Wolfsburg and helped restart production.

Cormier said: “There were certain offers to sell it to a couple of British companies, but they refused.”

Other cars in the show will include a Paykan, once Iran’s national car, which began production in the late 1960s.

Perhaps the most visually striking exhibit will be a Firebird 1 concept car, which resembles a fighter aircraft. It was made in the 1950s by General Motors but never took off.

The exhibition will explore subjects including globalisation, how the 1970s oil crisis inspired a new environmental movement, and mass production, represented by a Ford Model T from 1925.

The ghoulish Graham sculpture created by the artist Patricia Piccinini will be in the car safety section of the show. It is designed to demonstrate how a human would need to evolve to withstand car crashes. The sculpture has a flat face to absorb impact, no neck to avoid whiplash, and numerous nipples that can expand into an airbag.

There will also be commissioned films featuring car subcultures from around the world, including California low-riders, Emirati dune racers, Japanese truck drivers and South African spinners.

Cormier said there will also be a film made in the UK but added that the subject was yet to be decided. He said: “It was so much easier to find the wild and crazy subcultures elsewhere … we’re looking. If you have any suggestions, I’ll take them.”