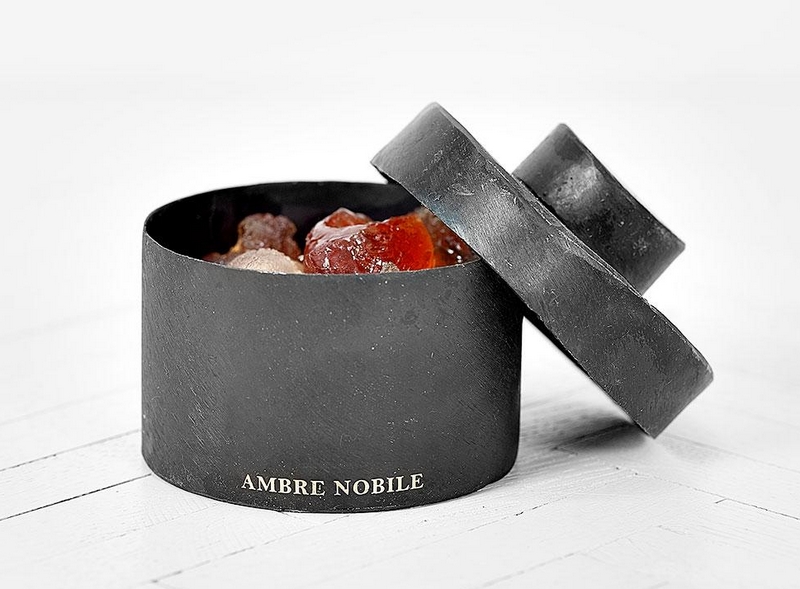 This article titled “More money than scents? Pot-pourri is back, at up to £330 a sniff…” was written by Vanessa Thorpe, for The Observer on Sunday 10th November 2019 09.13 UTC

A bowl of pot-pourri was once a sign of comfortable middle-class status: an asset to be displayed on the coffee table. Then, slowly but unstoppably, it became the butt of sniffy jokes and an emblem of doomed social ambition.

Now, after collecting dust for more than a decade, the pot-pourri seems to be back. Not only can it be spotted inside fashionable lounges, it has also inspired a leading visual artist. The bad news is that few fans will be able to afford the new pot-pourris: luxury products cost between £70 and £330.

The classic 1980s mass-market pot-pourri, a selection of dried petals, herbs, pine cones, spices and the occasional piece of dehydrated fruit, was designed to emit a pleasant low-level odour and mark out a household from those relying on Shake ’n’ Vac to freshen up the domestic ambience.

But this festive season top-end retailers such as Petersham Nurseries and Santa Maria Novella are selling bespoke pot-pourri in designer jars, billing it as an eco-friendly and exclusive alternative to scented candles. In 2020, an exhibition in Cambridge looking at five decades of work by British punk artist Linder will feature her own pot-pourri “intervention”.

The phenomenon of the bowl of dried petals on the windowsill dates from the 17th century when, in the early days of the trading empire, it became fashionable to use exotic perfumes to evoke far-off lands. Three-and-a-half centuries later, a commercial approximation of this idea was booming in Britain, and pot-pourri, like the Antimacassar before it, became a symbol of gentility. Yet by 2011, according to analyst Mintel, sales had plummeted. Householders hoping to impress the neighbours, like Hyacinth Bouquet in the BBC1 sitcom Keeping Up Appearances, had switched allegiance. Sales of scented candles and reed diffusers went up 5% to £41m, while pot-pourri dropped by 14%.

Early to twig the recent revival was luxury brand Odette Toilette, which developed a blend based on a recipe once enjoyed by the Bloomsbury set. Created by fragrance expert Lizzie Ostrom, it is designed to evoke the smell of a stately home – a combination of beeswaxed panelling, aged tapestries and old leather. The original blend was used at Knole, the Kent home of the Sackville family, and created in the 18th century for them by Lady Betty Germaine. Vita Sackville-West once recalled running her fingers through this concoction and finding the “dusty fragrance” sweeter in the underlayers, “where it has held the damp of the spices”. And in the novel Orlando, written by her friend Virginia Woolf, the central character buries her face in a bowl of family pot-pourri, “made as the Conqueror had taught them many hundred years ago and from the same roses”.

The new top-of-the-range Mad et Len product, sold at Petersham Nurseries, comes in a bespoke hand-hammered iron vessel. A spokesman for the shop said these latest generation pot-pourris are againrivalling candles. They offer, he said, a more “intensely pure scent” because they are made in small batches with essential oils and “aged in-house for as long as two years” by the brand’s French founders, Sandra Fuzier and Alexandre Piffaut. One tub of its Ambre Nobile pot-pourri costs £330.

Liverpool-born artist Linder, known for her feminist photography and photomontages, is also looking back in time for fresh olfactory inspiration. Her solo retrospective in Cambridge’s Kettle’s Yard aims to engage all five senses of visitors when it opens in February. As well as designing new uniforms for staff at the cafe, she is reproducing a pot-pourri recipe created by the late art collector Jim Ede, former owner of the gallery buildings.

For those who question the worth of a bowl of garden cuttings, it is worth considering one thing: certain ingredients are strongly recommended as a natural way to deter moths. A little mugwort and some wood shavings, from cedar, cypress or juniper trees, offer the maximum effect. But do not absent-mindedly eat this mixture instead of the crisps: these ingredients are toxic to people as well as repellent to moths.