Throughout Slovenia, MICHELIN Guide inspectors have found many chefs who are committed to promoting regional products while devising a cuisine that respects nature and seasonal changes. 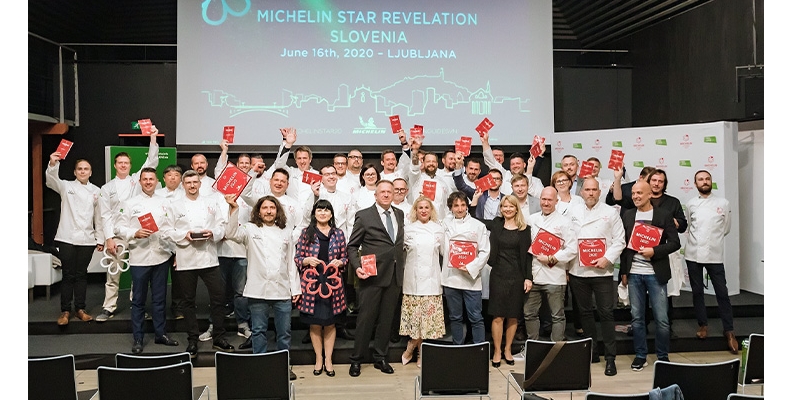 The “green heart of Europe”, as Slovenia is nicknamed, is the latest addition to the list of destinations that attracted the MICHELIN Guide inspectors. 52 restaurants, including one two-starred and five one-starred restaurants, have been included in the new 2020 selection, reflecting the attractiveness of the Slovenian culinary scene.

“The publication of this new MICHELIN Guide confirms that Slovenia has a fine score to play in the concert of the world’s topgastronomic destinations,” – Gwendal POULLENNEC, International Director of the MICHELIN Guides.

The new MICHELIN Guide Slovenia is promoting those who are committed to sustainable gastronomy.

The MICHELIN Guide is highlighting the initiatives and commitment of chefs who advocate a more sustainable model of gastronomy. In this Slovenian edition, the MICHELIN Guide continues an international project to use a single emblem to distinguish chefs committed to preserving the environment.

This selection of restaurants, distinguished with one or more Stars, a Bib Gourmand or a MICHELIN Plate, brings together chefs with a common cause, whose inspiring and virtuous initiatives and methods help to raise awareness of the importance of environmental issues.

From the wine-growing hills of the west to the magnificent lakes of the east, from the Adriatic coast to the lively streets of Ljubljana, teams of MICHELIN Guide inspectors have discovered a cuisine with a strong identity that oscillates between cultural heritage and innovation.

Ana Roš’s cuisine is awarded two Stars in her restaurant Hiša Franko in Kobarid in north-western Slovenia, a restaurant
surrounded by an exceptional natural environment. A self-taught chef with extraordinary creativity, she demonstrates the extent of her talent with precision, meticulousness and aesthetics in a friendly atmosphere. Her husband and sommelier Valter Kramar’s wine pairings extend the invitation to travel aready suggested by her fine cuisine. 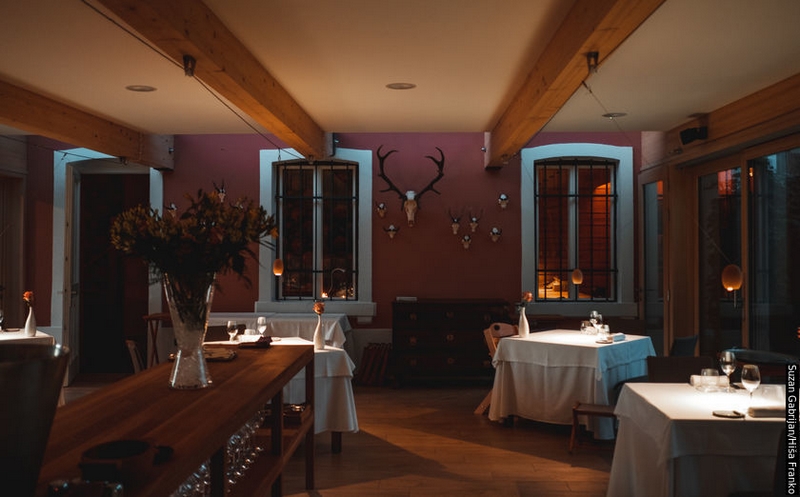 It is in the heart of the town of Nova Gorica, in an atmosphere that is both urban and intimate, that Chef Uroš Fakuč at DAM guides his clients on a subtly modern culinary journey where the flavours of the world contrast with the chef’s culinary heritage. Chef Tomaž Kavčič from the restaurant Pri Lojeztu invites his guests to enjoy a gourmet getaway under the karst highlands of the Vipava Valley. His cuisine reveals all the beauty of the Slovenian terroir while highlighting Italian influences through dishes with authentic and surprising flavours.

In Ljubljana, Slovenia’s capital, Atelje is awarded its first Star. Northern Slovenia is home to two new one-star restaurants. In his restaurant Hisa Denk in Zgornja Kungota, chef Gregor Vračko is the perfect ambassador for excellence in Slovenian cuisine. Driven by the expectations of his clientele, the chef offers a secret menu that reflects a modern and creative approach to the culinary traditions of his region.

While the atmosphere at Vila Podvin in Radovljica is decidedly intimate, chef Uroš Štefelin’s cuisine is unique, with dishes full of flavour to stimulate the senses.

Alongside these six starred restaurants, the MICHELIN Guide Slovenia has for the first time listed nine Bib Gourmand restaurants.

The MICHELIN Guide Slovenia 2020 in figures: 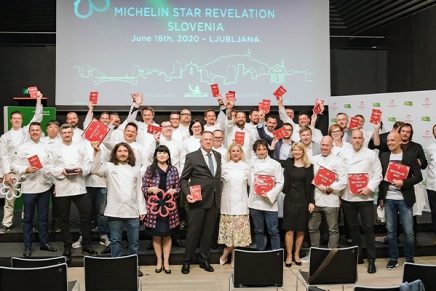 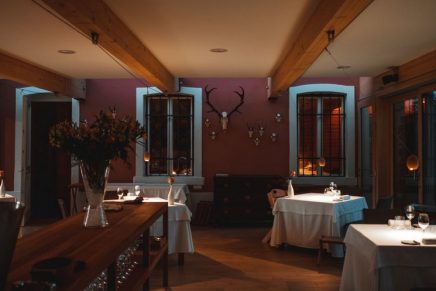