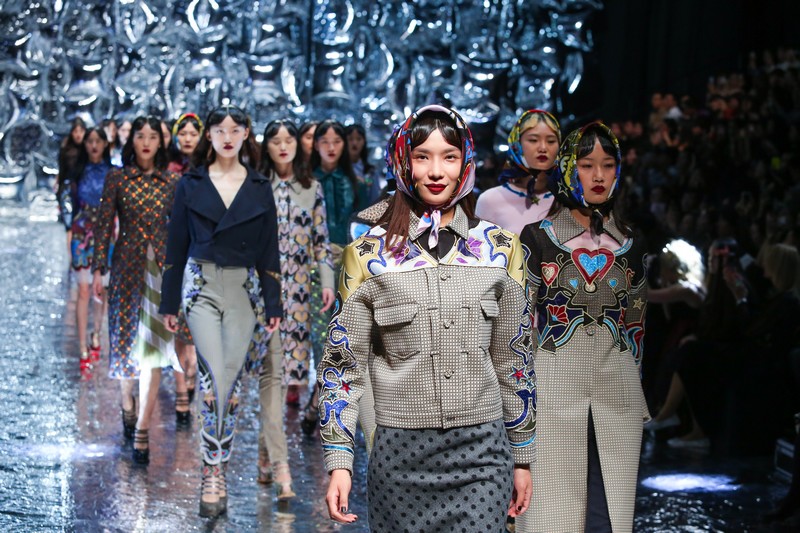 Since it was established in 2009, Mercedes-Benz International Designer Exchange Program initiative has enriched fashion weeks globally and enabled designers to create important connections in a fashion marketplace where it is becoming increasingly important to have a global presence. Mercedes-Benz is involved in over 50 fashion platforms internationally, including fashion weeks in Beijing, Madrid, Amsterdam and Berlin, as well as, the acclaimed International Festival of Fashion and Photography in Hyères.

The Mercedes-Benz International Designer Exchange Program is a unique scheme within the fashion industry. Often supported by an awards program, the initiative is currently active across all of the Mercedes-Benz supported fashion platforms globally. A key element of the program is the breadth of experience of the designer involved, some of who are emerging but many of which are established in their own right albeit in need of assistance to increase their standing internationally.

“The Mercedes-Benz International Designer Exchange Program not only works to bring designers to new territories, but also helps to foster important relationships, provide networking opportunities and helps to navigate the complexities of international expansion. The provision of key local insight, that Mercedes-Benz offers is invaluable for these designers who are looking to strategically grow their businesses, both locally and internationally,” said Michael Bock, Director Sport- & Lifestyle Marketing Mercedes-Benz. 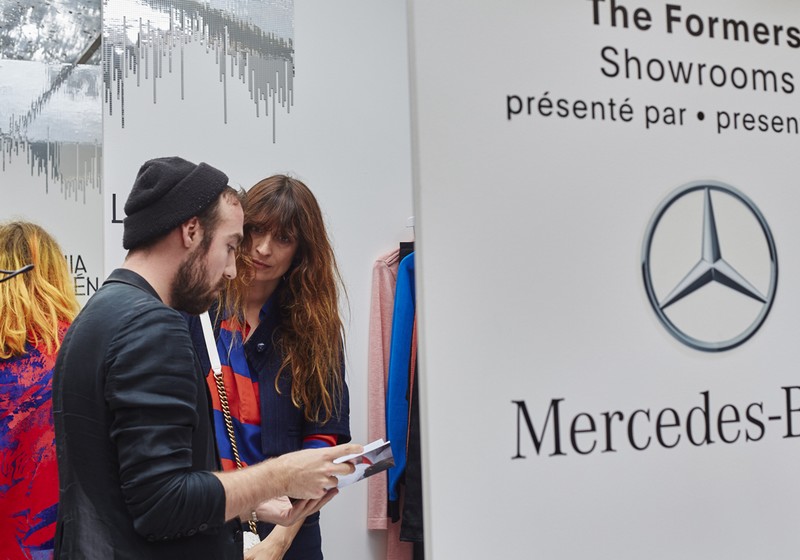 International Festival of Fashion and Photography in Hyères

As a hot bed of young talent drawn from around the world, the International Festival of Fashion and Photography in Hyères is the perfect place to scout for new designers to take part in Mercedes-Benz’ International Designer Exchange Program. Since 2014, one of the shortlisted designers has been selected to show their collection at Mercedes-Benz Fashion Week Berlin, in association with ELLE Germany. This well-established exchange is a great chance for the selected designer to see what opportunities inclusion in the festival can generate at an important stage of their career. Mercedes-Benz Fashion Week Berlin in particular is seen as a springboard to launch careers and is attended as it is by 200,000 industry professionals each season.

This spring, Mercedes-Benz continued its sponsorship of ‘The Formers’ showroom at the International Festival of Fashion and Photography in Hyères in the South of France. ‘The Formers’ showroom brings together 10 previous festival participants, including two past winners of ‘The Shortlisted’ showroom and affords them the opportunity to showcase their latest collections to the assembled industry heavyweights, who mark the event as a must-see for scouting new creative talent.

Always a highlight on the festival schedule, ‘The Shortlisted’ showroom brings together 10 international designers, whittled down from a 400-strong long list, to compete for the festival’s Chloé Prize – this year’s winner Hanne Jurmu & Anton Vartiainen – and Grand Prix of the Jury Première Vision – this year’s winner Wataru Tominaga – as well as other awards and opportunities with renowned design houses. While the Chloé Prize is soley a financial grant, the Grand Prix of the Jury Première Vision also includes a collaborative project with CHANEL’S Métiers d’Art and a design collaboration with Petit Bateau.

This year, for the first time, Mercedes-Benz was called upon as official supporter of the showroom of exciting young designers that is staged in Villa Noailles. For this project, and following on from the success of the implementation of his vision for ‘The Formers’ showroom last year, Mercedes-Benz enlisted Marc Turlan to create a truly excellent showroom concept. 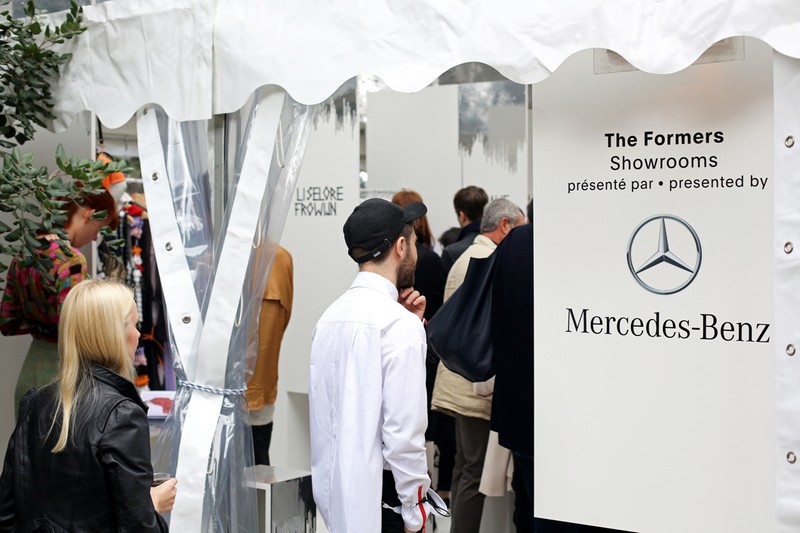 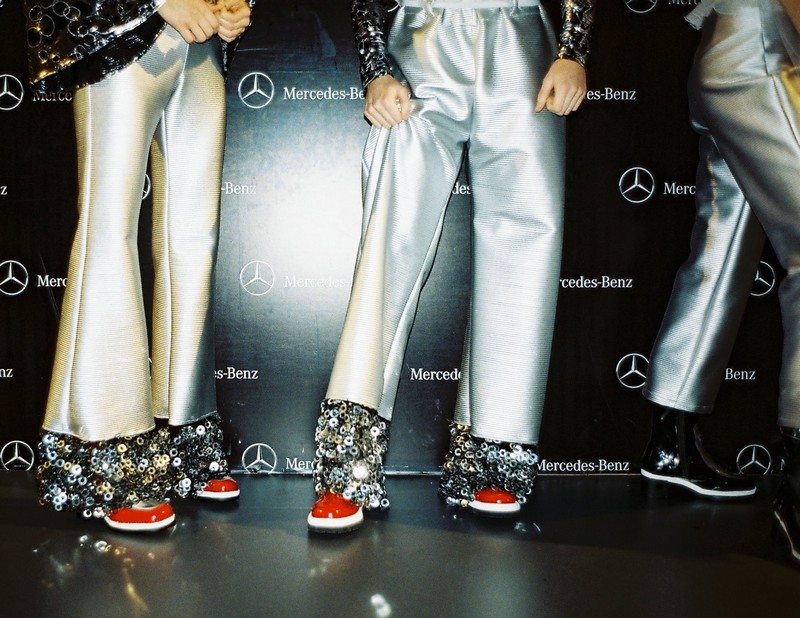 BERLIN: In January 2016, Mercedes Benz Fashion Week Berlin presented emergering Spanish designer Xavi Reyes who presented his Spring/Summer 2016 collection as part of the Mercedes Benz International Designer Exchange Program. A graduate of Central Saint Martins and a former fashion journalist, Reyes is now based in Madrid where he won the mercedesbenz fashion Talent Award during Mercedes Benz fashion Week Madrid Spring/Summer 2016. Since launching his label in 2013, Reyes has won much acclaim for his designs that fuse traditional elements of hand craftsmanship and costume from his homeland in southern Spain with a fascination with gender that is truly modern. 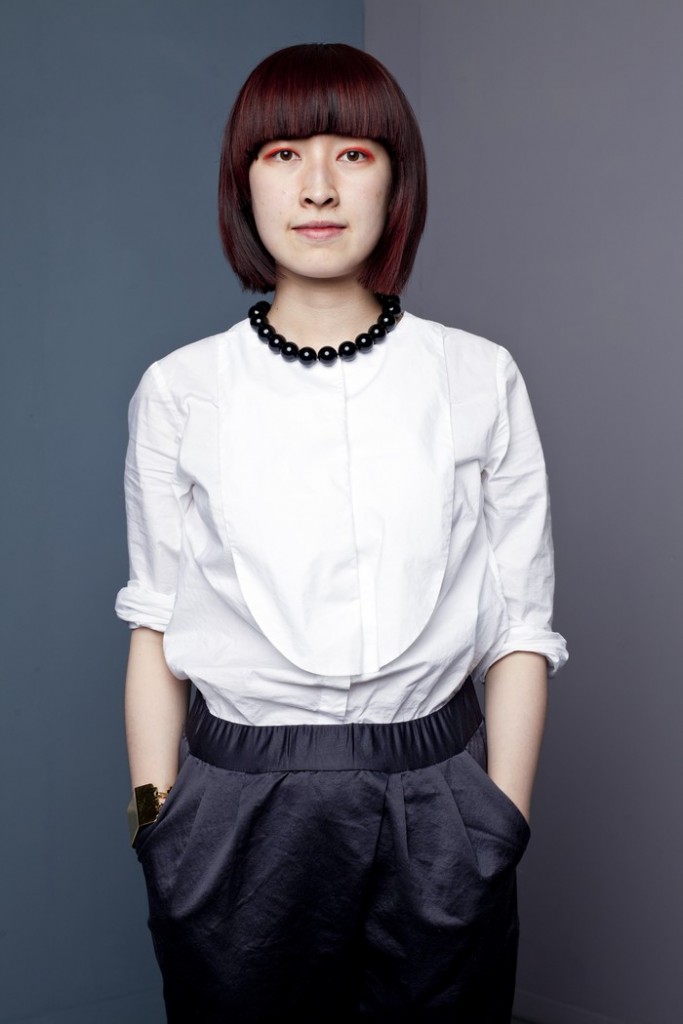 London: In February 2016, emerging Chinese designer Xiao Li was awarded the prestigious honour to close London fashion Week Autumn/Winter 2016 after having won the mercedesbenz China Designer Award in Beijing in November 2015. Inspired by the speed of fashion today, Li presented a technically accomplished collection that was a meditation on the passage of time. Currently based in London, Xiao Li is one of China’s most promising design talents and her involvement in the mercedesbenz International Designer Exchange Program marked an exciting time for mercedesbenz and the London fashion Week catwalk schedule.
MADRID: In February 2016, emerging Czech designer Tereza Rosalie Kladosova, known for her playful designs with a post modern edge, was invited by mercedesbenz to present her Autumn/Winter 2016 collection during mercedesbenz fashion Week Madrid. Based in Prague, Kladosova has previously shown as part of mercedesbenz Prague fashion Week and, is recognised locally as one of the leading emerging design talents. 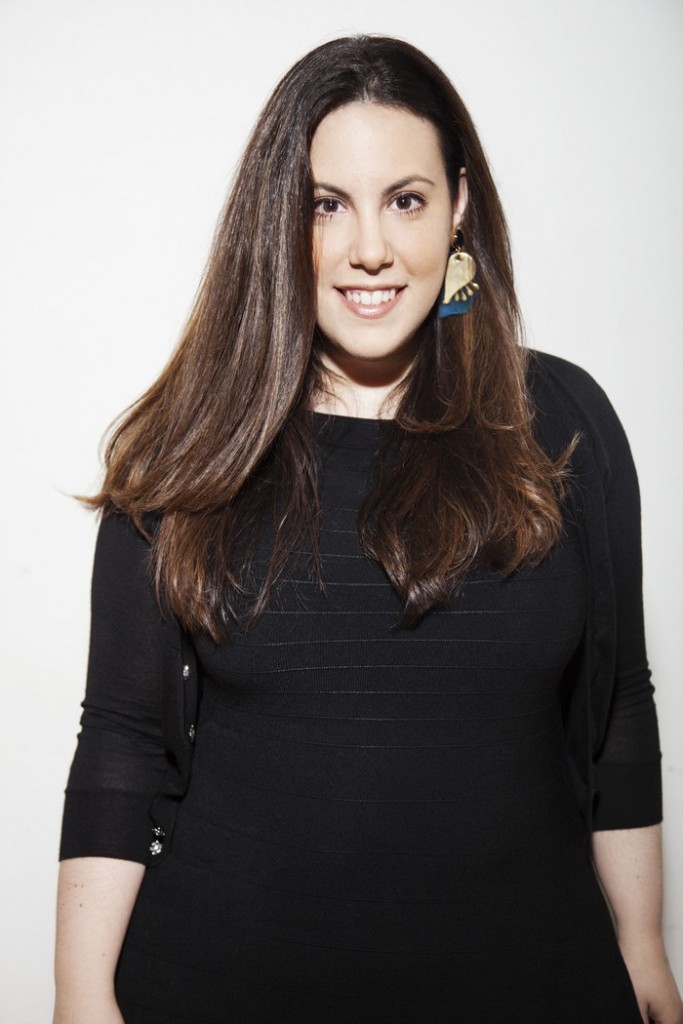 BEIJING: In March 2016, in a reciprocal exchange, established London designer Mary Katrantzou was selected to present her Autumn/Winter 2016 collection at mercedesbenz China fashion Week to an audience of over 400 VIP’s, buyers and press, a first for the award-winning, London based designer. Katrantzou paid homage to Andy Warhol’s Factory for her well-received Autumn/Winter collection. 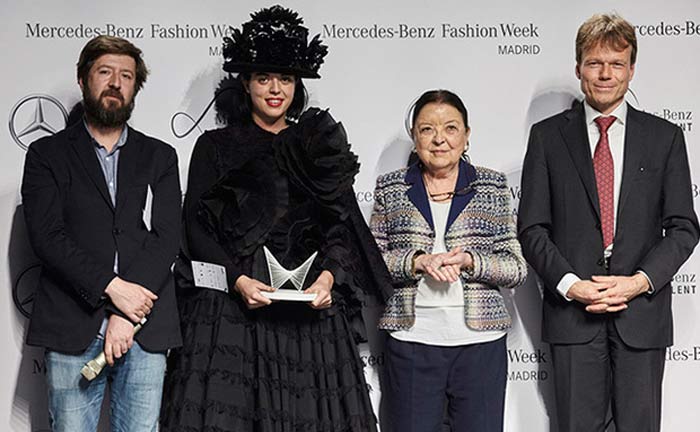 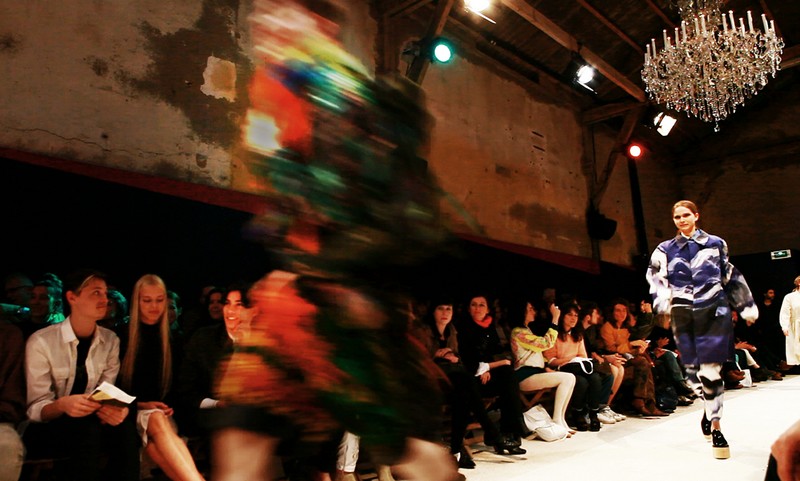 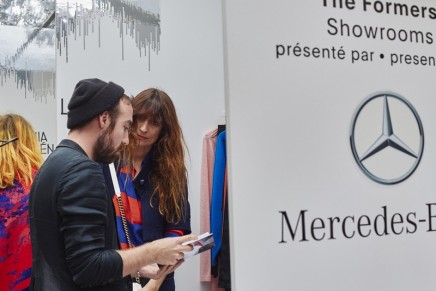 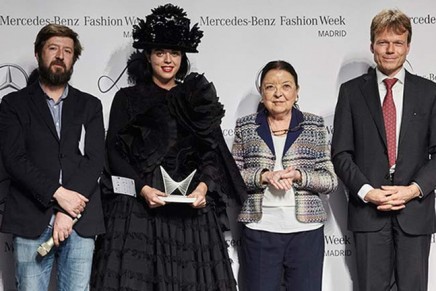 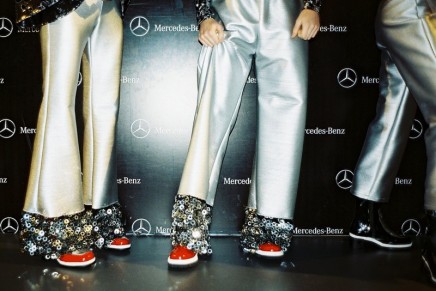 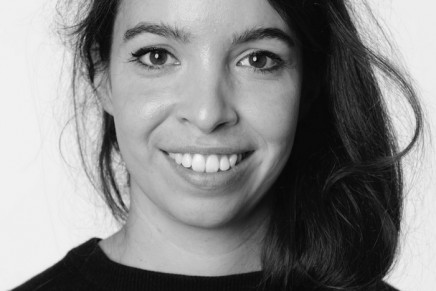 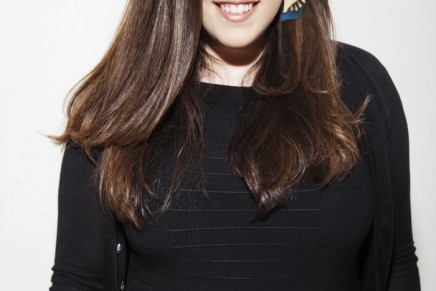 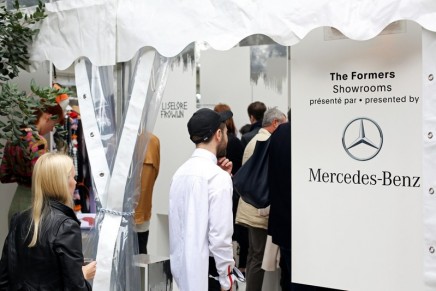 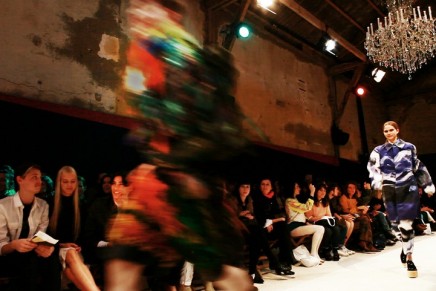 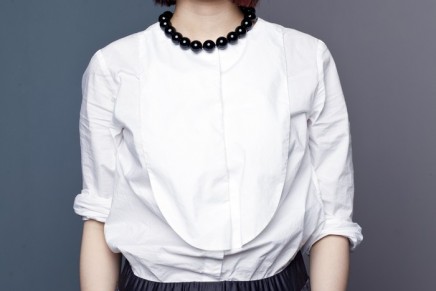 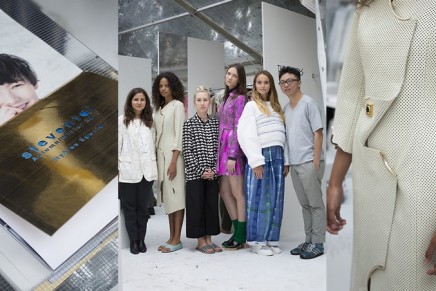 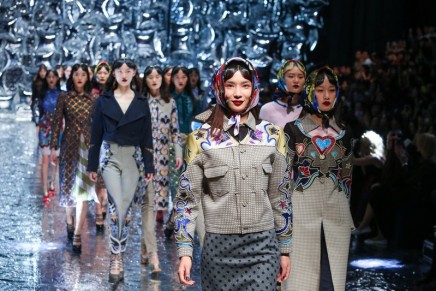