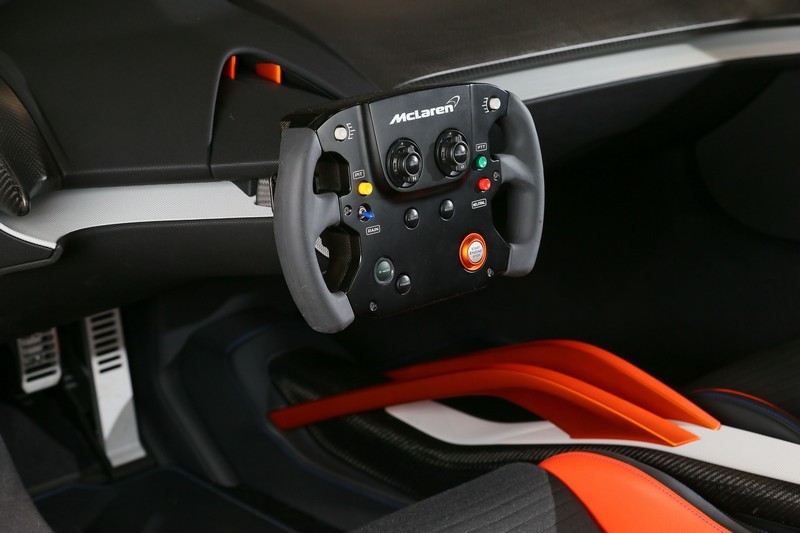 The concept is based on the new McLaren 675LT Coupe and features a host of new technologies and celebrates the 25th anniversary of their Formula 1 partnership.

For its collaboration with JVCKENWOOD, McLaren began with a 675LT Coupe prototype vehicle. The 675LT Coupe, which recently went into production at the McLaren Production Centre in Woking, England, is the most driver-focused, lightweight and aerodynamically optimized model in the McLaren Super Series family. Strictly limited to 500 units, all sold out within a matter of months.

The McLaren design team, led by designer Peter Wilkins, was tasked with incorporating the JVCKENWOOD CAROPTRONICS system into the 675LT Coupe. Working closely with JVCKENWOOD’s Japan-based team, they focused their attention on the interior of the 675LT Coupe.

The interior of a McLaren road car is a purposeful and minimalist environment and, with its emphasis on weight savings, the 675LT Coupe is one of the most extreme of all. This made it the ideal starting point for the McLaren 675LT JVCKENWOOD concept. 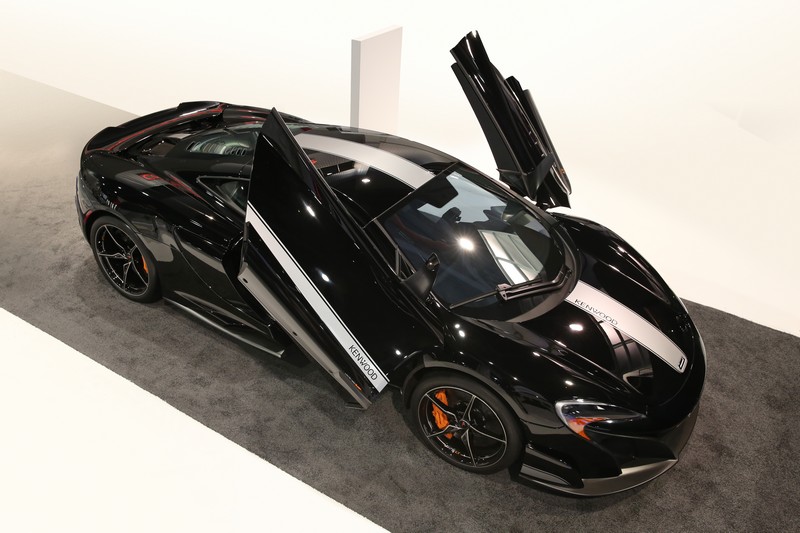 Carbon Black Nappa Leather is used to finish the top of the bespoke dashboard, upper beltline and forward portion of the central floor tunnel. A new Geometric Black Technical Fabric with a waxy grained finish to prevent reflections is applied to the area in front of the driver. This is then positioned to appear as if it is floating by a strip of Satellite Grey Technical Fabric across
the dash area and into the doors. The usual center console is removed altogether with the air conditioning system, a delete option on the 675LT, to offer an even more spacious feel. The steering wheel is borrowed from the most exclusive McLaren model, the track-devoted McLaren P1 GTR, with the IPAS and DRS buttons replaced by positioning controls for the Head-Up Display (HUD) with fighter plane inspired graphics.

The HUD makes conventional instruments redundant, replaced by a vent framed by satin carbon fiber to provide cooling air directly to the driver. A flash of colour is provided by Calypso Orange anodized vertical strakes, a color and material that also surrounds the steering wheel-mounted start/stop button.

1. The HUD system replaces the conventional instrument cluster, and the driver receives all necessary information from the HUD with very little eye movement necessary, especially compared to a traditional display, which requires glancing downward for vehicle information. The advantage for the driver is concentration on the road is optimal, contributing to control, safety and security. The ADAS detect the presence of vehicles, and the display interface devices communicates information collected to drivers.

2. In addition to the HUD, aerodynamic digital cameras replace the wing mirrors of the 675LT Coupé. The design of these electronic mirrors reduce weight and drag resistance, while also aiding downforce at high speed.

3. The third component of the CAROPTRONICS system in the McLaren 675LT JVCKENWOOD Concept is DRVM which replaces a conventional rear view mirror. The combination of three cameras, one on each side and one at the rear of the vehicle, offers a wider rear field of view. The DRVM is effective at reducing blind spots thanks to high resolution imagery and optimisation of the driver’s control. 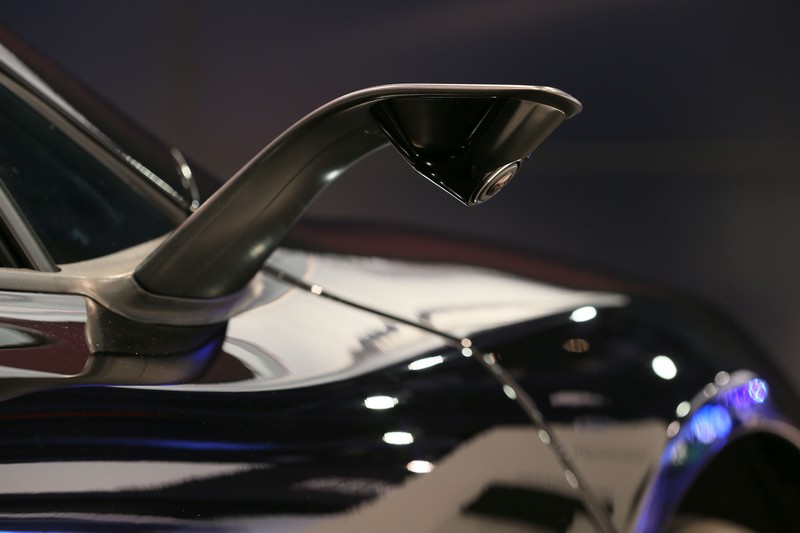 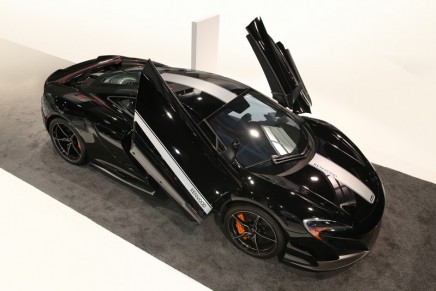 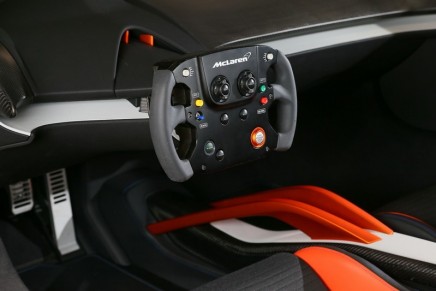 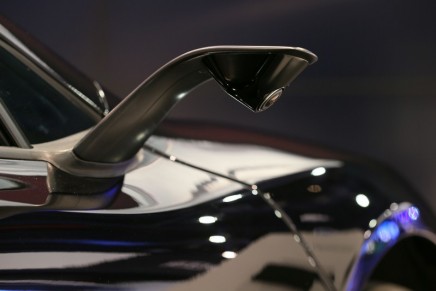