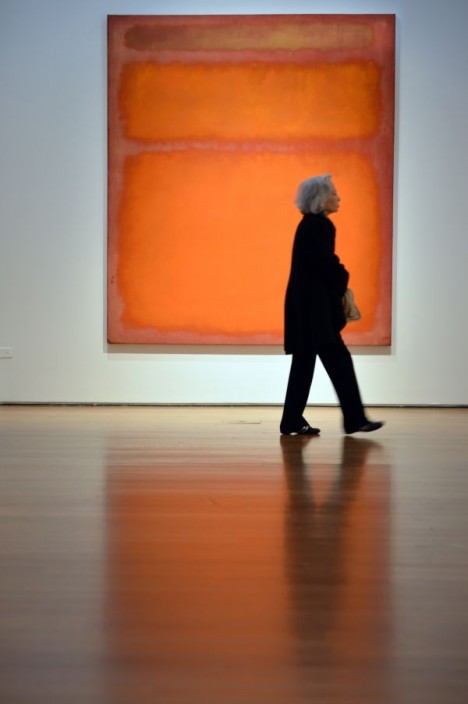 “Orange, Red, Yellow is a large monolith-like canvas exuding a warm and fiery range of shimmering vermillion rectangles over a cooler and thinly painted crimson wash background that Rothko painted at the very height of his career in 1961,” Christie’s auction house described the large-scale work (93 x 81¼ in. (236.2 x 206.4 cm.) that belonged to late philanthropist David Pincus.

A bold, forceful and imposing work that radiates powerfully with an almost epic sense of vitality, it is one of several large and red-hued canvases that Rothko repeatedly painted in the late 1950s and early ’60s between the time of the creation of his Seagram murals of 1958 and the Harvard murals of 1961/2.

Watch also the “Gallery Talk: Property from the Pincus Collection” 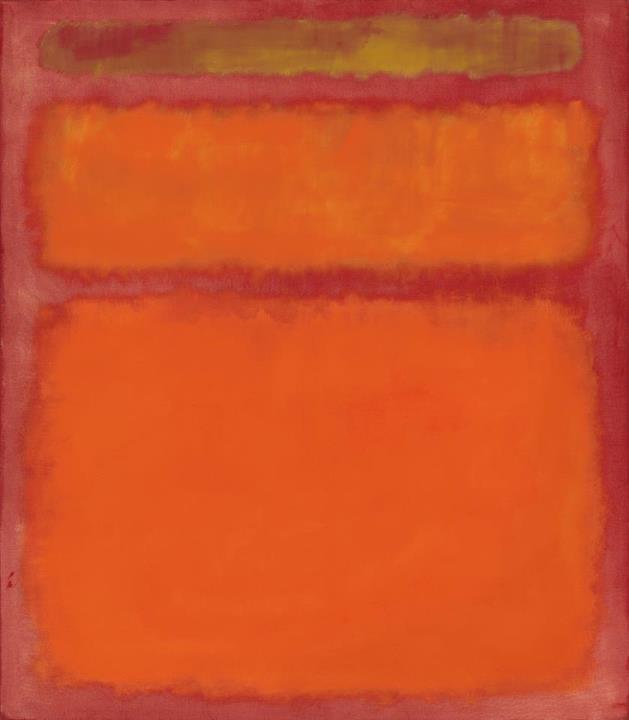