Kempinski To Open Luxury Hotels In Ghana This Year 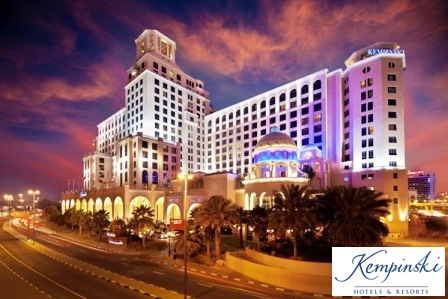 Over the next few years, key destinations in Africa will be populated with 4 Kempinski hotels. Europe’s longest- established luxury hotel company announced the signing of a management agreement with the Simba Corporation Limited for a 200 key hotel in the heart of Nairobi and a luxury tented camp in the Masai Mara, both set to open under the Kempinski banner this year. By the end of 2012 Kempinski will inaugurate the Kempinski Hotel Gold Coast City in Accra.

Expansion in the Middle East and Africa region, which saw the opening of three hotels in the region since September 2011, with four more set to open before year end, is part of the overall strategy of Kempinski Hotels to double their portfolio to 121 hotels worldwide by 2015.

The tented camp is located in the Olare Orok Conservancy, and is home to some of the Mara’s largest lion prides. The spacious luxury tents are built on elevated decks with private balconies that offer unhindered views of the Mara Plains and the Ntiakitiak River.

The Kempinski Hotel Gold Coast City will mark Kempinski’s entre into West Africa, and is set as the centrepiece of a larger mixed-use development, Gold Coast City, which covers an area of some 35 acres and will include residences, retail space, an exhibition centre, offices, and government buildings. The hotel will feature 269 rooms and suites, including 2 presidential suites, as well as restaurants and lounges, 6000 sqm of shopping facilities, and a 2000 sqm spa.