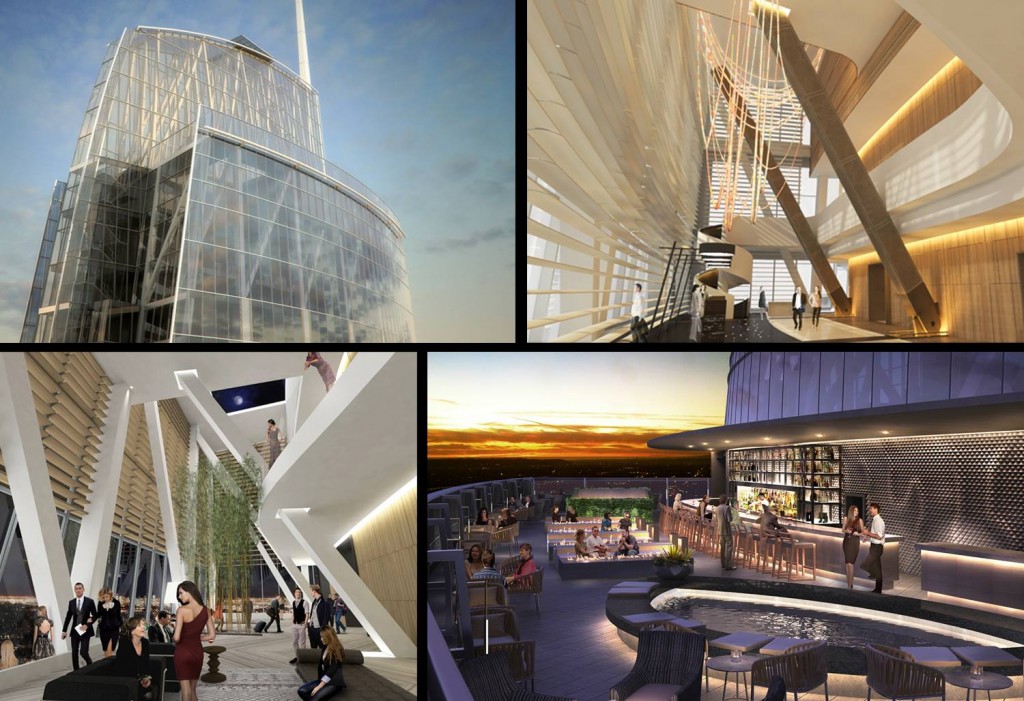 Los Angeles will become home to largest InterContinental Hotel in the Americas. The new IHG hotel in Los Angeles is poised to become a landmark on the city skyline.

The 73-story, 1,100-foot tall development is set to be the tallest building in the western United States, providing unobstructed 360-degree views of Los Angeles. Currently under construction, the development will house the InterContinental hotel as well as offices and retail space. The hotel will be the first on the west coast to have a sky-lobby, which is located on the 70th floor. It is set to open in 2017 and will be the first hotel built by Korean Air in the U.S.

The new property will reflect the four ecological typologies of Los Angeles while also embracing the laid-back sophistication of the city. The natural wood and warm colors in the building will reflect the city’s beach culture while the hotel’s sky lobby will incorporate Los Angeles’ car culture into the design through abstract representations of car lines into the internal paneling and décor. 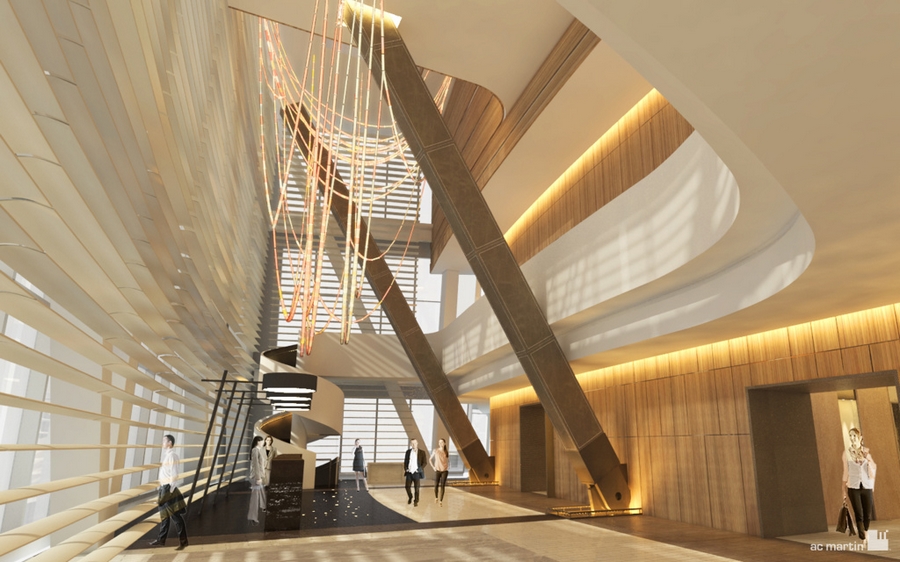