Paris’ Place Vendôme with its 28 private ‘hotel particuliers’ – little palace/manor houses- is not only perhaps the most prestigious place to live in the city but has certainly been the best Parisian address for any high jewellery house to be since the opening of the Ritz hotel in 1898 at number 15. The Kering-owned House of Boucheron became the first Haute Joaillerie Maison to open its doors opposite the Ritz in 1893 under its jeweller-founder, Frédéric Boucheron.

Today the Place Vendôme consists mostly of corporate-owned maisons and almost no living founder jewellers behind them other than the highly respected American-born Lorenz Bäumer and the secretive Joel Arthur Rosenthal. Given the dangers of the profession, one can well understand the need to be secretive.

For many years, the young Bäumer – whom Forbes France dubbed Le Petit Prince De La Haute Joaillerie (The Little Prince of High Jewellery) (1) -had a studio at no.4 Place Vendôme that not just anyone could visit. His name was built by word-of-mouth only, yet it led to Bäumer being invited to create the outstanding collection that was to herald Chanel’s incredibly successful entry into high jewellery on the opening of its boutique at no.18. The impact of his innovative creations shook the Place Vendôme down to its very foundations causing the major houses to rush out to recruit artistic directors and return to innovating again.

Chanel eventually opened their very own fine jewellery workshop located above their boutique in 2013, just as Louis Vuitton was announcing that it too was entering into high jewellery and would be based at no.23. Vuitton had employed Lorenz Bäumer as their artistic director – the chosen one who could give the famous French luxury house legitimacy in this field.

It took 20 years at Chanel Joaillerie and 10 years at Louis Vuitton before Bäumer would set out to focus on his own maison. He had already succeeded in having four exceptional pieces being bought for the permanent collection of France’s top jewellery Museum, the Musée Des Arts Décoratifs, Paris thus raising his name to the level of Francois Kramer, one of the best jewellers that France has ever produced, and had been named an Officier de l’Ordre des Arts et des Lettres by the French Ministry of Culture in 2012, a very high honour to receive in France. Not only that, he had beaten all the famous houses on the Place Vendôme in a blind competition to design an exceptional tiara for the much televised wedding of Her Serene Highness The Princess of Monaco. The House of Monaco had historically appointed Van Cleef & Arpels for Princess Grace’s tiara.

Until now, it has been almost impossible to meet Lorenz Bäumer himself but 2018 marks the year that he has reached out by being the only young creator to be shown at the prestigious Biennale in Paris (2) and perhaps one the few French high jewellery houses to show at the prestigious PAD (the Pavillion of Art & Design) in London. The difference to many of the jewellery designers of today is that Bäumer is not only a designer and a visionary, he’s a trained engineer and brings his scientific knowledge into the field of haute jaoillerie to achieve creations that the mainstream luxury houses cannot even imagine. What’s more is that he is alive and well and clients can meet him directly, including some visitors to his boutique who have wandered in without appointments.

Bäumer understands that the Place Vendôme can be intimidating for many and is doing whatever he can to revolutionise the welcoming process by making an effort to meet those who visit and by showing a total transparency. He is happy to present his incredible transformable pieces and explain where every stunning stone comes from, where his inspirations came from, the hidden stories in his creations, his love of surfing and nature, his interpretations of poems, fruits, vegetables and of course, mineralogy. He is even openly showing prices on the website and is considering the same for his windows – very shocking for the Place Vendôme!

Bäumer is happy to receive millennials and to assist in transmitting knowledge to them and even personalising creations for them whether it be through 3D hidden messages in pieces, some in morse code or tattooed diamonds, or daguerreotyped timepieces with ‘me-lennial selfie’ images on their faces. With an average of 250 pieces per year, we are not speaking about industrially-produced goods that can be found everywhere. Every piece is considered to be meaningful.

Perhaps more surprising for some, is his invitation to clients to compare selected Japanese whiskies with Scottish ones whilst pairing them with famous chef, Alain Ducasse’s delicious chocolates! Perhaps that is why some of his favourite gemstones have colours that remind us of whisky or the sea. What remains a secret surprise is that he has created a signature perfume – presumably with his perfumer friend Francis Kurkdjian – that is not for sale but only offered as a gift to his clients. Any link to the aromas of chocolates, whisky, stone colours or surfing?

Let there be no doubt about it, Lorenz Bäumer has well earned his reputation as ‘The Little Prince of High Jewellery’ but he is disrupting the old order nevertheless, and to the old guard he certainly is the ‘enfant terrible’ that just won’t go away. Who knows, it may get worse. He could well become the Cartier of tomorrow! 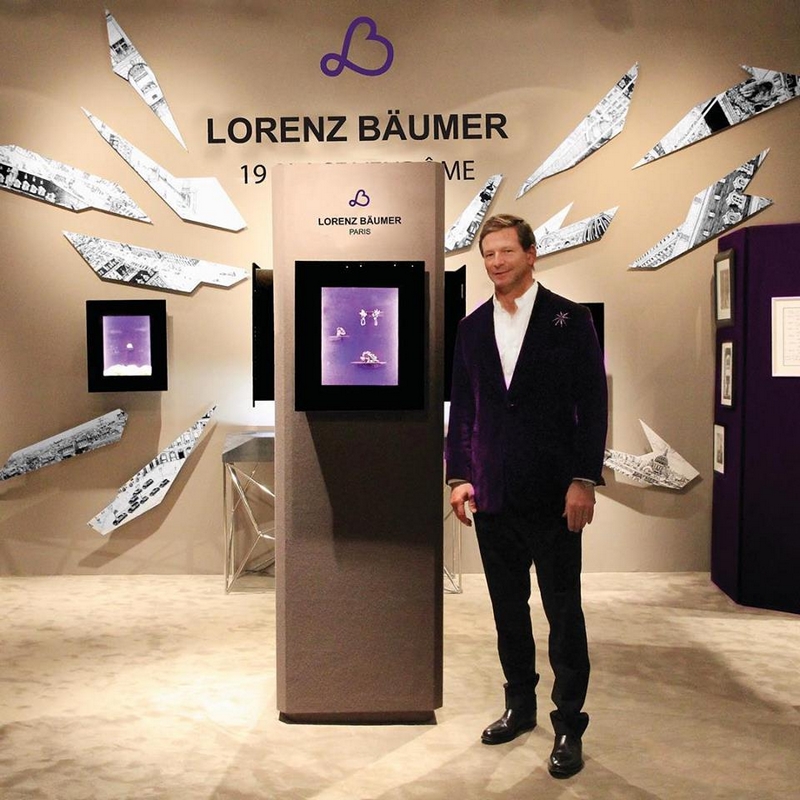 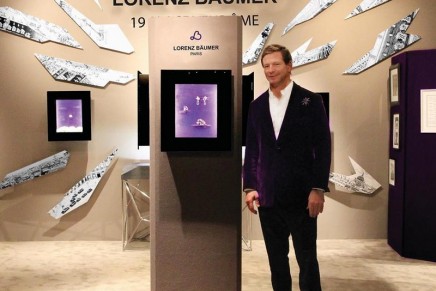