The 28th edition of the Biennale des Antiquaires in Paris known as the grand dame of antique fairs and the world’s major showcase for haute joaillerie opened this year without the big maisons that were exhibiting at the last show in 2014, notably Alexandre Reza; Boucheron; Bulgari; Cartier; Chanel; Chaumet; David Morris; Dior; Giampiero Bodino; Graff; Piaget; Siegelson; Van Cleef & Arpels and Wallace Chan. Only four High Jewellers were there, some for the first time. These were Boghossian Jewels, Cindy Chao, De Grisogono and Nirav Modi from India. 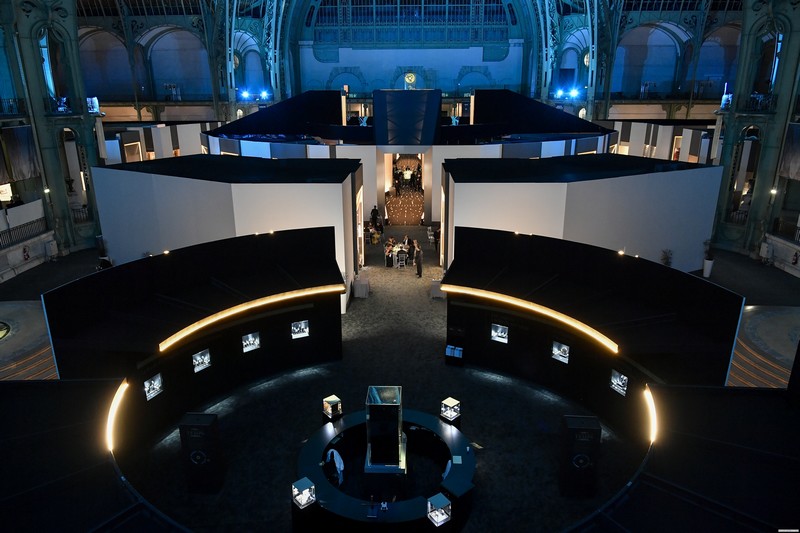 “Cartier has made the decision not to participate in the next Biennale des Antiquaires due to new technical measures adopted by its organizers,” the company’s statement said, referring specifically to “the request to drastically reduce the maximum surface area of the stand,” reported Rachel Garrahan of The New York Times (1)

“Cartier was followed by two other Richemont-owned brands, Van Cleef and Giampiero Bodino, while brands based in the Place Vendôme in Paris, such as Boucheron and Alexandre Reza, also pulled out. Graff Diamonds is the most recent house to announce its departure”, Garrahan added.

Not only has the venue been one of the most exceptional spaces to present high jewelry creations since the 1925 Paris Exhibition, it is understood that to exhibit here is evidence that the creations of these houses will be recognized and respected by auctioneers and antique dealers in the future. As such, the prestige of being invited to exhibit is perhaps the equivalent of a Michelin star award or even greater, within the industry. 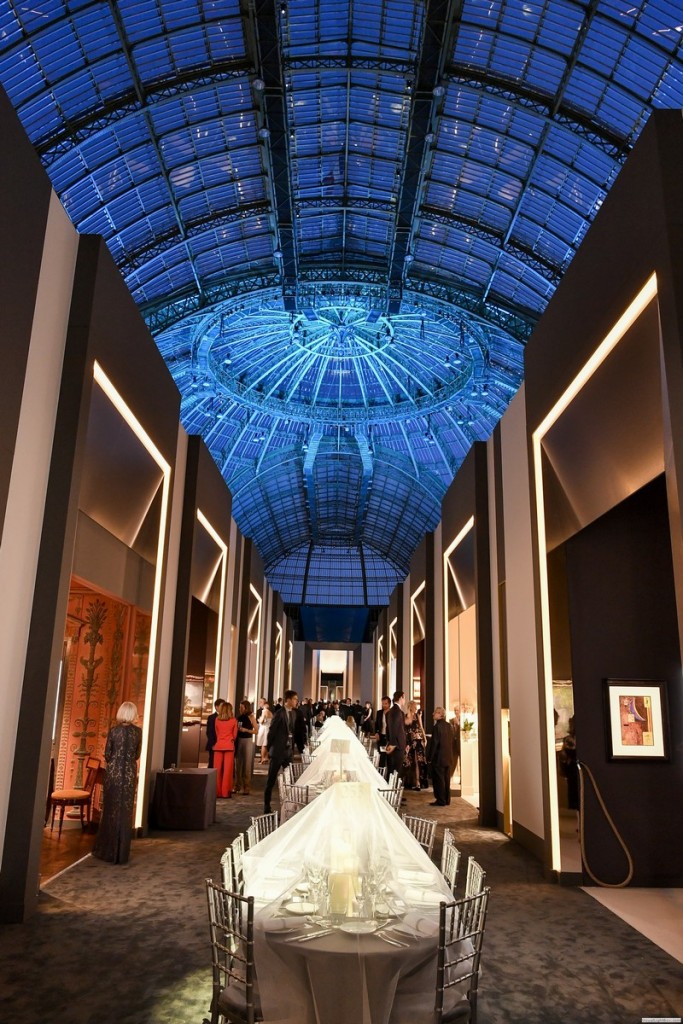 For the independent newcomers Cindy Chao and Nirav Modi, it was a dream come true. If one wishes to guess which names will be the Cartiers of the future, the Biennale is a great place to start. In 2012, Haute Jaoillerie Artist-Inventor-Craftsman, Wallace Chan from Hong Kong became the first Asian jeweler to be invited to the show where he gained recognition as a genius and visionary by many in the field. ‘The Great Wall’ he presented there – a necklace of antique Chinese imperial jadeite and diamond-encrusted maple leaves – sold for $60 million. The jewels he makes are delicate and deeply reflect his Zen Buddhist philosophy. They are also technically innovative. Mr Chan has developed many of the techniques he uses for carving precious stones and manipulating titanium and jade, often using tools he has made himself.

The personal prestige that can be gained from this high profile international event is one that is normally earned as a result of exceptional creativity, craftsmanship and innovation. Chan presented advanced techniques that left the traditional Haute Joaillerie houses speechless. The man is driven by passion and creativity. “In 42 years, Chan has never opened a store, China Daily reported (2).. “I don’t work for money, because then I have to listen to others. A store would constrain me,” Chan told them. “I don’t do a brand either. I only do craft.” 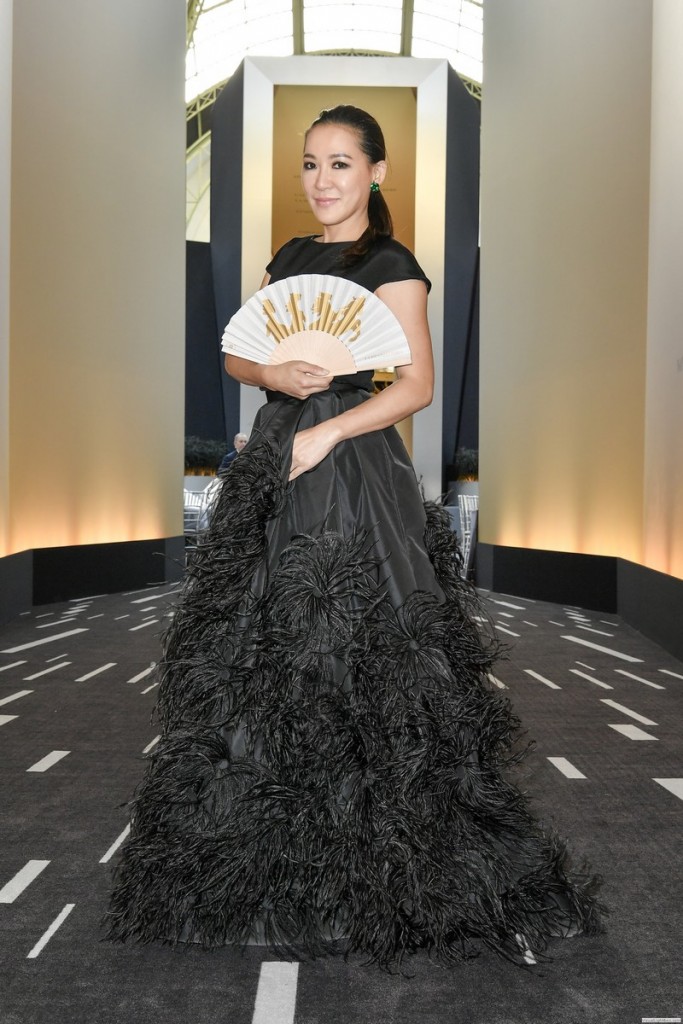 How things have changed, or have they? The two high luxury creators that we interviewed, Cindy Chao and Nirav Modi were never trained as artisanal craftspeople. They have never cut stones either. Can they illustrate or sculpt? Chao can, but Modi comes from a background of diamond dealing. To which extent can their work really be compared to the famous Haute Jaoillerie Maisons and visionary creators of our times? Who are the truly great High Jewellery talents of our era anyway and how can we identify them?

Without doubt, the works presented by these two Biennale newcomers were exceptional pieces, glimmering in diamonds, some to the point of being seen as ‘bling’. Who were the real talents behind these creations? Well, just as it can be in the field of contemporary art, the ‘talent’ is considered to be the one who conceptualised the pieces in the first place and has nothing to do with the talented craftspeople who produced the pieces. Both Chao and Modi know where to go to have the pieces made for them to perfection by faceless craftspeople that we will never discover, but if we do, there’s nothing that stops us employing them to create exceptional pieces imaged by us. So what can stop us from being the next big talents at the next Biennale?

Has the world really changed? In fact, if one goes back in time to the creation of the great heritage maisons, one will find that, for instance, neither Alfred Van Cleef nor Esther Arpels had any training in the field of jewellery craftsmanship either. They would commission pieces from talented illustrators and ateliers. In fact, many on the famous Place Vendôme still do, whilst Van Cleef now does everything in-house. Some famous French houses even have creations made for them in Rajasthan, where talented craftsmen are in abundance – just as Modi does.

As such, the real challenge lies in finding or affording the great stones. As Modi’s family is already in the diamond trade, stock is not a problem and it is certainly far more profitable to sell finished creations than to trade in wholesale stones. So how does Chao obtain her stones? Neither of them tend to mention the sources of their stones as the emerging sustainable luxury creators would do. One has to wonder if the Ultra High Net Worth Individuals buying these exceptional creations even care if the stones have been ethically sourced or not.

So all one needs to enter this field, is a contact with bags full of stones that they need to sell. Enter into an alliance with them to set the stones into exceptional creations that may attract an UHNWI, ideally find a way to meet these potential clients directly or try to get into a leading show like the Biennale that attracts such people anyway, and you could be well on your way to be the next Van Cleef. 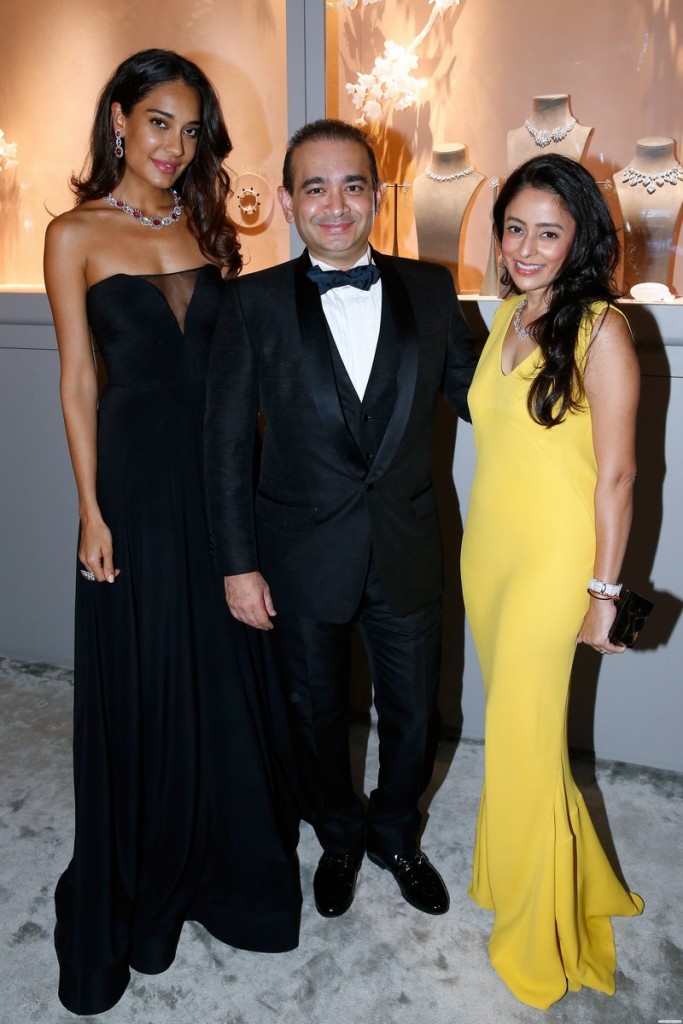 Admittedly, we have long witnessed the same trend towards niche independent creator brands in the field of fashion and perfumery as well as in fact, haute horlogerie. The difference in the field of haute horlogerie is that the star creator is usually an independent watch-maker with ‘hard blood’, with the know-how to create new movements and entire pieces from start to finish. If they are simply designing the pieces and contracting out the work, they will be considered as brands rather than as creators or even geniuses. In France, a maison implies that all the skills and know-how are in the house. The maison houses secrets of technique, such as the Van Cleef and Arpels invisible setting, and the houses that contract out work are considered as brands with less long-lasting value.

As such, can we allow ourselves to insist that the Biennale should really set the standards by showcasing truly talented creators, ateliers and maisons or should we salute them for accepting new challengers from artists through to artistic directors? London’s Elizabetta Cipriani Gallery specialises in encouraging and exhibiting amazing jewellery pieces from the great established contemporary artists such as Ai Weiwei, Erwin Wurm, Kendell Geers, Tom Sachs, Rebecca Horn and many others that one would normally find in the world’s leading art museums. Will the Biennale soon be open to these great talents too? 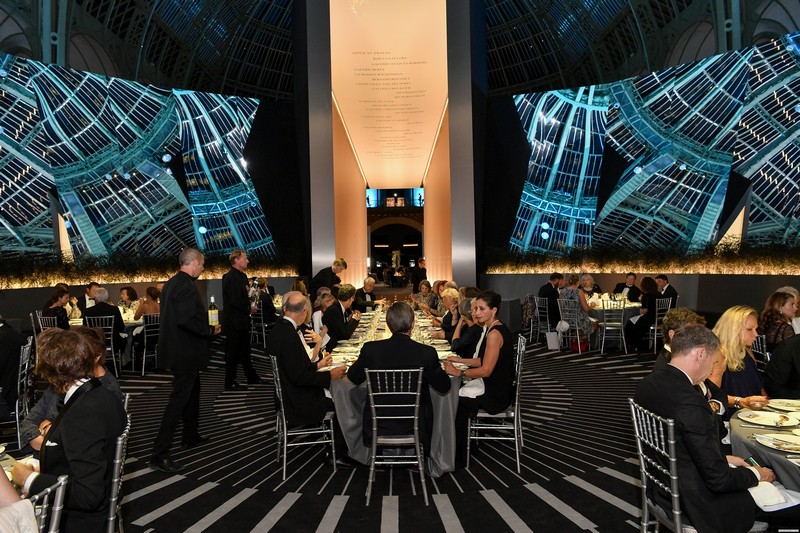 As long as the great craftspeople of our times choose to remain invisible and discreet should we expect to see more conceptualisers, curators and designers rising to the top, with or without any jewelry savoire-faire, as long as the final creations are exceptional and could attract big prices and publicity? If so, it allows us to conclude that with simply with a touch of encouragement, creativity, and high connections, even YOU can be the next rising star in the field of high jewelry!

We therefore look forward to seeing your first exhibition at the next Biennale. 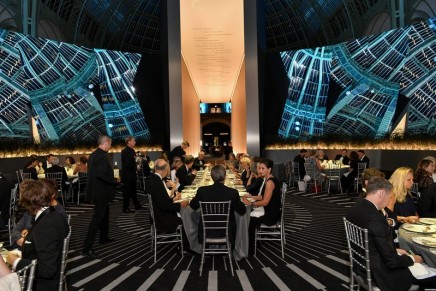 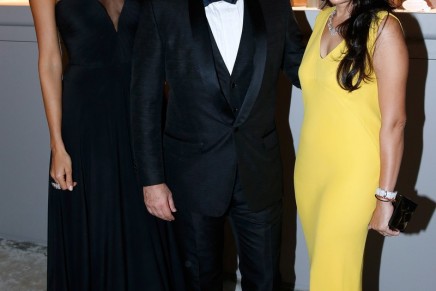 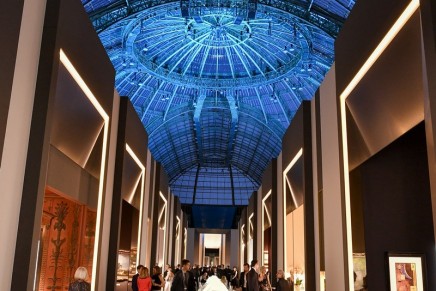 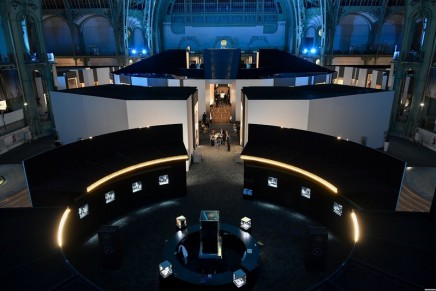