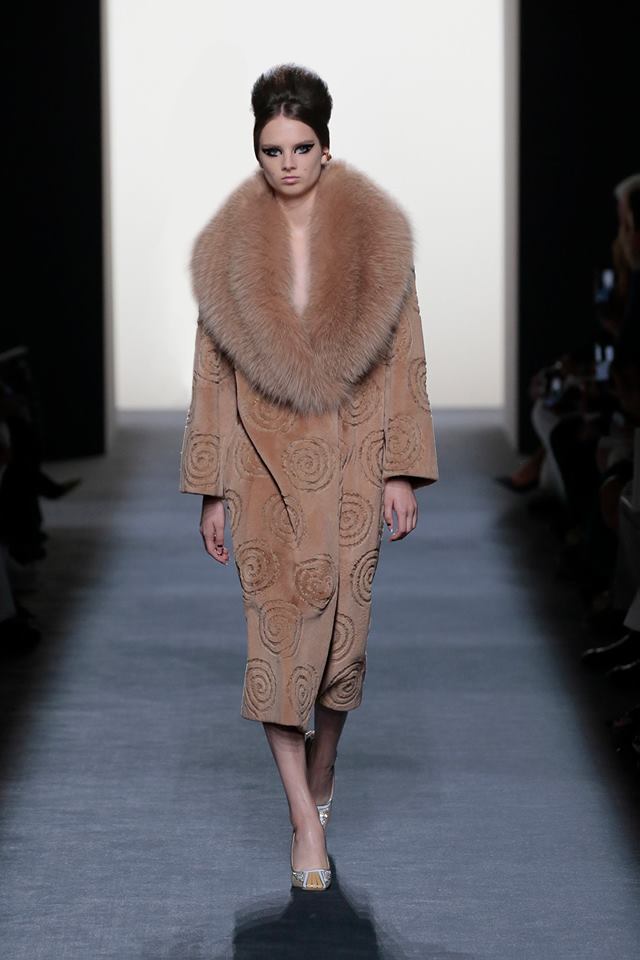 This article titled “London fashion week vows to be fur-free” was written by Scarlett Conlon, for The Guardian on Friday 7th September 2018 05.00 UTC

London has become the first of the main fashion weeks to ditch animal fur in its shows after the British Fashion Council (BFC) said none of the designers participating on the official schedule would be using it.

The BFC made the announcement after carrying out a survey asking designers if they planned on using fur in their shows, and comes after rising numbers of anti-fur protesters demonstrating at London fashion week (LFW), from 25 in 2016 to more than 250 last September.

The council’s chief executive, Caroline Rush, said the 100% fur-free event this month “highlights a trend we have seen over the past few years, with more and more brands deciding to use alternative materials to fur”.

One such brand is Burberry, which announced it had implemented a fur-free policy before the debut of its new creative director, Riccardo Tisci, at LFW, with all remaining fur items being phased out. “I don’t think it is compatible with modern luxury and with the environment in which we live, and Riccardo has a very strong view as well on this,” its chief executive, Marco Gobbetti, told the Business of Fashion. “It’s part of what Burberry is today.”

Wendy Higgins, the director of international media at Humane Society International UK, said the organisation first met Burberry almost a decade ago to urge the company to drop fur.

“Most British consumers don’t want anything to do with the cruelty of fur and so this is absolutely the right decision by this quintessentially British brand. And as fashion week kicks off in New York, Burberry’s compassionate stance couldn’t have come at a better time, sending a strong message to designers like Prada still using fur, who are looking more and more isolated and outdated by the day.”

This week, the animal rights group Peta published an open letter by the singer Paloma Faith to the BFC’s recently appointed chair, Stephanie Phair, asking her to take a stand on behalf of the organisation and introduce a fur-free policy.

“The BFC shouldn’t be endorsing a material whose production is deemed so cruel that it is outlawed in the UK,” she wrote, referring to the ban on fur farming which was implemented in the UK in 2003, despite the import of animal fur remaining legal.

Rush says although “as an organisation we believe in the rights of people and animals and encourage designers to make ethical choices”, the BFC has not implemented a complete ban as it does “not define or control the creative process of the designers” showing their collections. “Using fur is not illegal in the UK and it needs to come down to the choice of both the designer and ultimately the consumer.”

The survey is a part of the BFC’s positive fashion initiative, designed to encourage designers and business to consider sustainability, equality and diversity, and craftsmanship and community in their processes. Rush says its results show the industry is “seeing a cultural change based on ideals and choices made within brands”.

“The fur dialogue is ongoing and the stance of brands such as Burberry, Stella McCartney, Gucci, Yoox Net-A-Porter, Versace and Vivienne Westwood, among others, to look at alternative options to fur will encourage more brands to consider what options are available to them.”

Concerns surrounding the environmental impact of sourcing alternatives to animal fur, such as synthetic faux fur, continue to be one of the most pressing issues to stem from the shift by the industry. After news that Helsinki fashion week was banning leather last month, Rachael Stott, the senior creative researcher at The Future Laboratory, told the Guardian “animal-free doesn’t automatically mean guilt-free”.

“[Animal-free alternatives] can give rise to low-value synthetic alternatives [which] harbours its own environmental and ethical issues,” she said. “The manufacturing processes used to create these involve toxic chemicals and cause pollution in surrounding rivers and landfill sites.

“Currently there is currently no safe way to produce or dispose of PVC products, therefore consumers can be misled into thinking ‘vegan’ is entirely environmentally friendly.”

In an effort to help designers trace their fabric supply chain, the BFC established the British high-end manufacturers database in 2017, an open-source directory that helps them “gain ethical supply-chain certificates and facilitate successful relationships between designers and production units”.

Many high-profile fashion businesses have recently distanced themselves from the animal product. In the past year, Gucci, Michael Kors and Versace were among the international fashion houses to ban fur. Asos updated its animal welfare policy in June to ban the use of feathers, silk, cashmere and mohair, in addition to fur, which it had already prohibited.