The 1959 Maserati Tipo 60-61 ‘Birdcage’ is perfect for a true collector or historic racer; photos: thelondonclassiccarshow.co.uk

The London Classic Car Show returns to ExCel London on 14-17 February 2019 and part of its classic car auction, courtesy of the show’s official auction partner, Coys, is seeing a wide array of vehicles go under the hammer on Saturday 16 and Sunday 17 February, including stunning cars lovingly owned by celebrities Cilla Black and David Beckham, along with concourse- ready classics from Aston Martin, Porsche and Maserati.

Alongside these celebrity-owned vehicles, over 100 magnificent machines will be auctioned at the London Classic Car Show. Amongst them are three exceptional classic heavyweights, including a concourse-ready 1962 Aston Martin DB4 that perfectly balances exceptional high quality, performance and a lavish finish. The fine example ready to go under the hammer has received a comprehensive restoration, with the invoices in its history file totalling just under £200,000. Estimate: £400,00- £450,000. 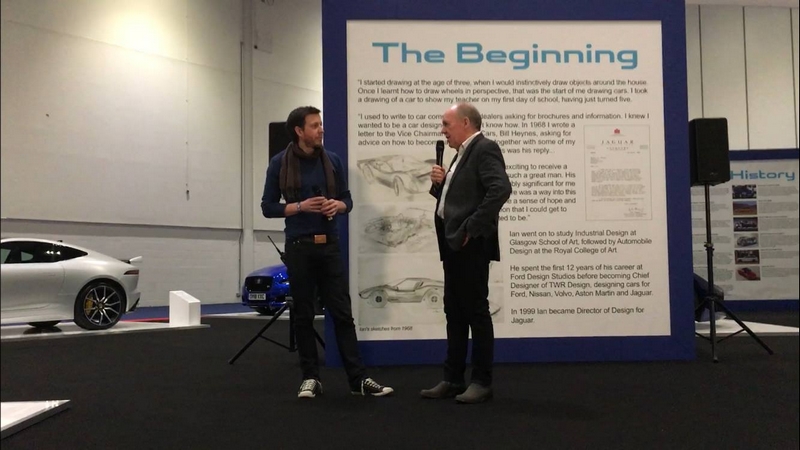 Feature highlights at the London Classic Car Show include:

Ian Callum’s prolific career will be honoured with The London Classic Car Show Icon Award and a celebratory exhibition of his work. This will feature some of the most notable and career-defining cars that he has designed over his illustrious career, including the Aston Martin DB9, Jaguar iPace, F-Type and XK and the Ford RS200 rally car.

Presenter, engineer and inventor Edd China is curating an exhibit of exceptional aero engine machines to be showcased. China’s feature will include the 27-litre V12 Thomas Special, ‘Babs’. Also known as the ‘Chitty 4’ or the ‘Higham Special’, the car was built in 1923 by Count Zborowski. It was bought in 1925 by innovative engineer and successful racing driver John Parry-Thomas, who broke the world land speed record in Babs in 1926 at 171.09mph. Sitting alongside will be the 27-litre Hispano Suiza V12, known as ‘Sid’ for its characterful hissing after a fast run. This car is a faithful recreation of the 1920s land speed record cars. 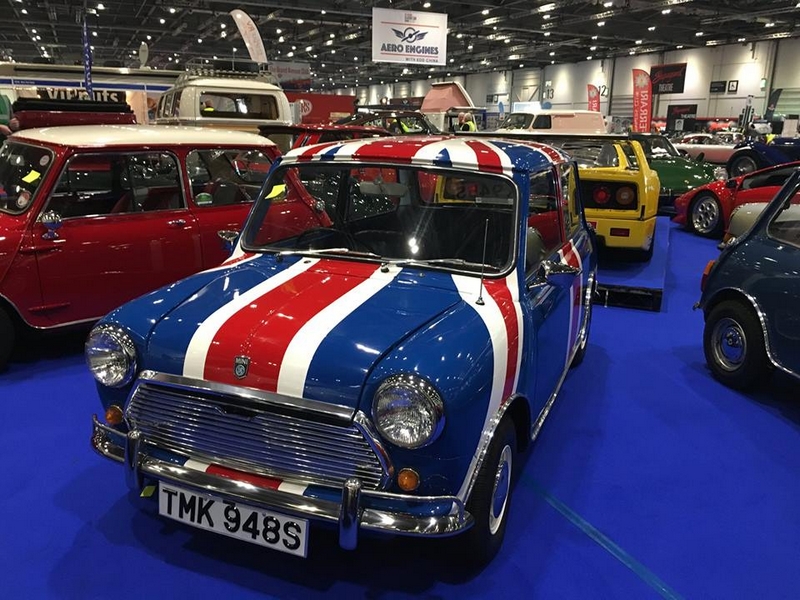 One of the show’s most popular attractions, a procession of rare and remarkable vehicles will be fired up and paraded on the live indoor runway, featuring models that have pioneered new technologies, founded manufacturing dynasties and ushered in new eras in automotive development. Amongst the 60-strong fleet of Grand Avenue runners will be a collection of rare and outstanding Minis to celebrate the iconic model’s 60th anniversary. Feast your eyes on Sir Stirling Moss’ winning F1, a history-making Bentley, a huge array of fabulous Minis and many, many other very special machines.

The Supagard Theatre provides a programme of forums and debates. Hosted by Tiff Needell, experts will share their advice and insight on a range of topics, with one of the key attractions being the Classic Car Investment Forum. The event’s star guests will make appearances in the Supagard Theatre and take questions from the floor: Ian Callum will discuss ‘A Life in Design’, while Edd China will provide insight to the unusual automobiles in his life. ERS, the show’s specialist motor insurer
partner, will be hosting The Big Electric Classic Debate.

2019 will mark the 100-year anniversary of French automobile manufacturer Citroën. Having produced more than 300 models during its rich history, Citroën will celebrate its centenary at the London Classic Car Show. The daring manufacturer will showcase a selection of vehicles that have made the boldest marks on the automotive industry since 1919, from the vintage Type A through to modern classics. 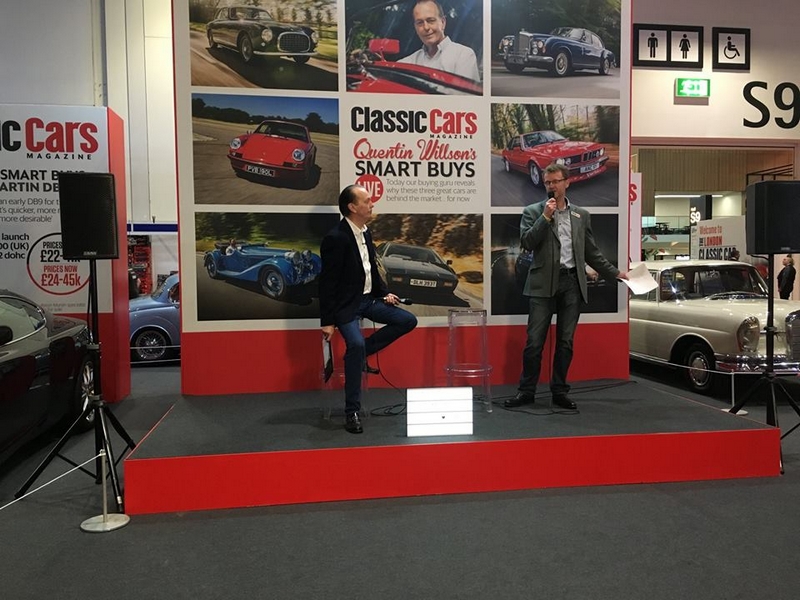 Surviving cars from epic chase movie The Italian Job will be reunited in a special exhibit to mark the iconic film’s 50th anniversary. The 1969 British heist film, which stars Michael Caine, Noel Coward and Benny Hill amongst others, is famed for its incredible chase scenes through Turin, Italy, with the cars being the real stars of the movie. 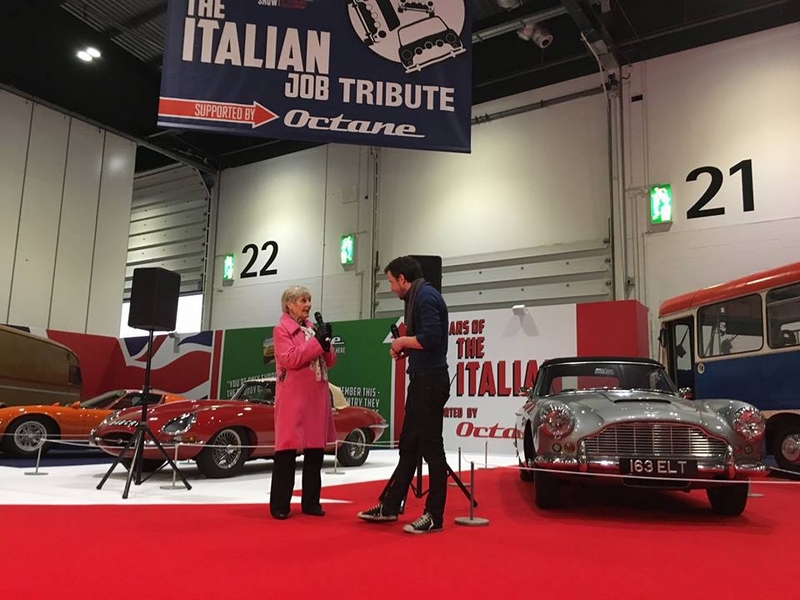 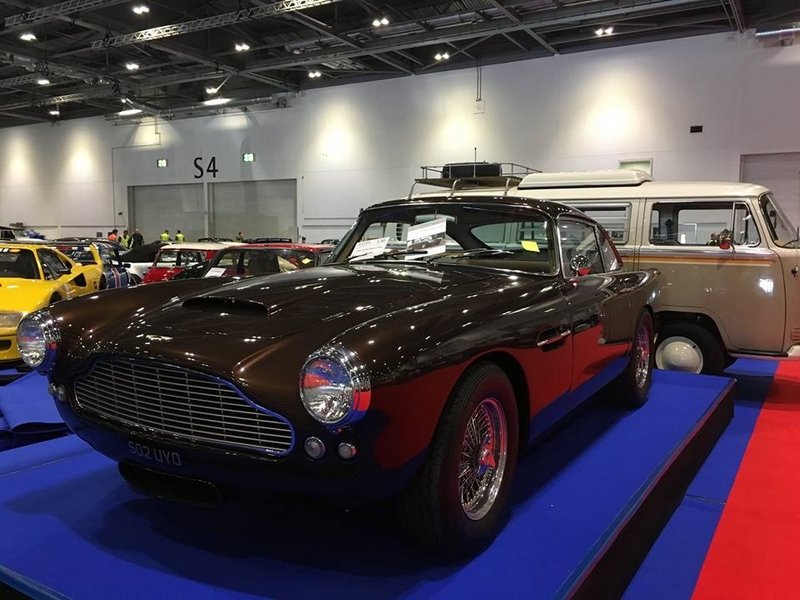 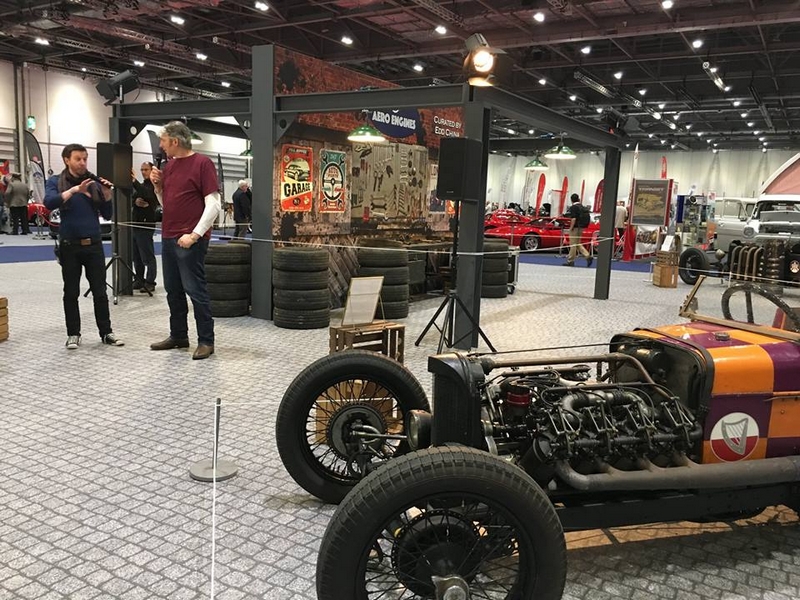 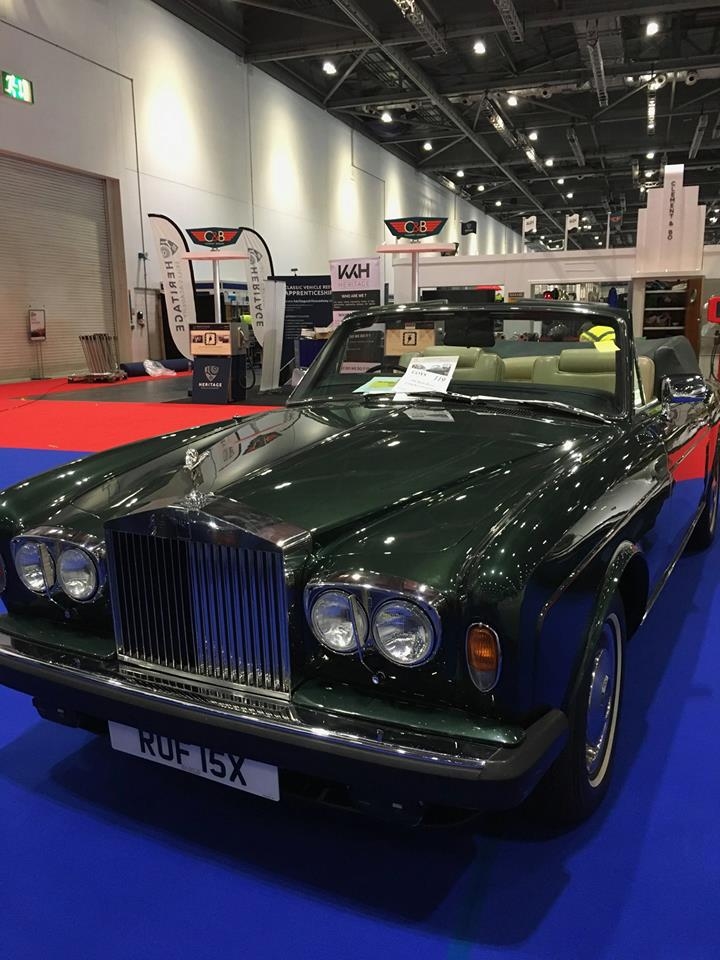 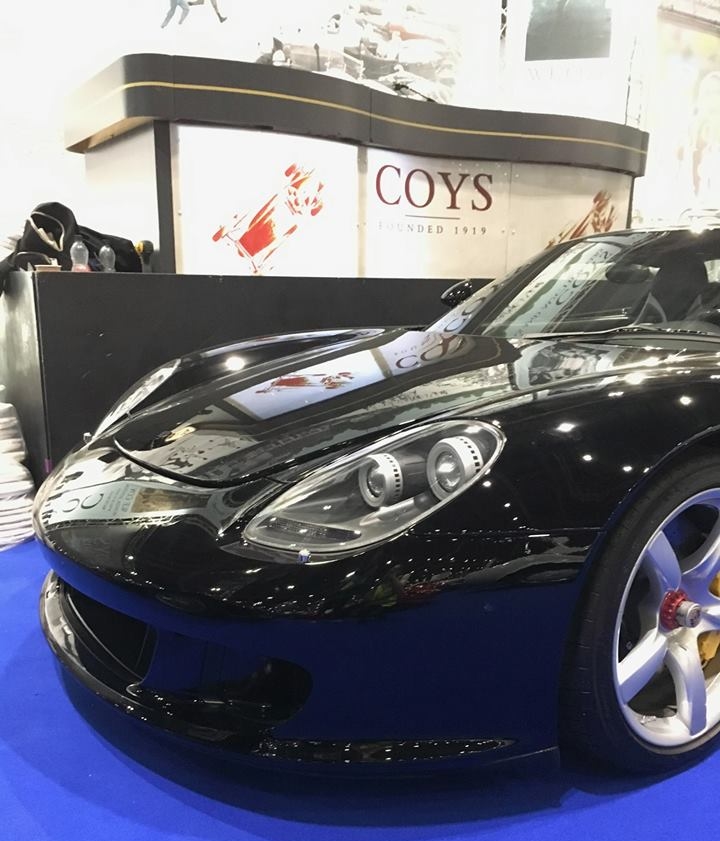 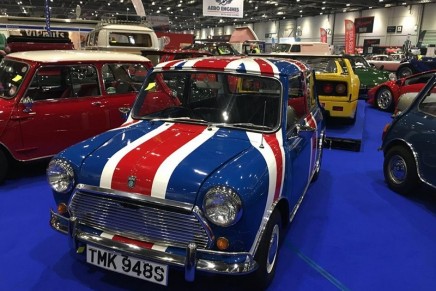 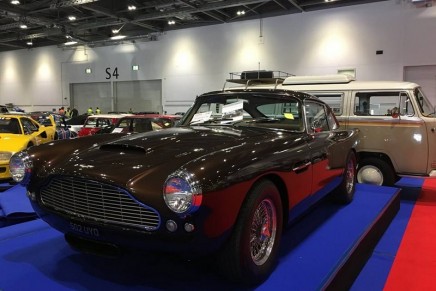 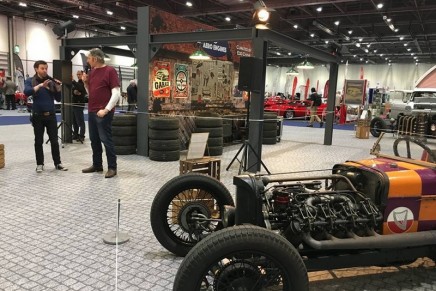 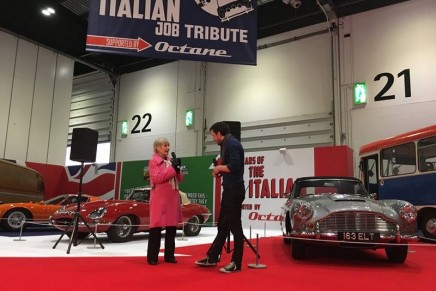 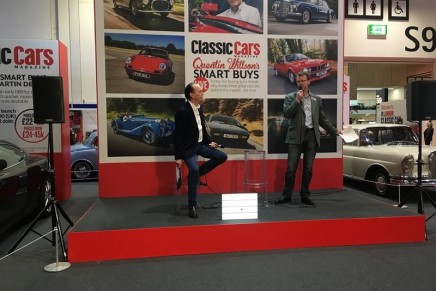 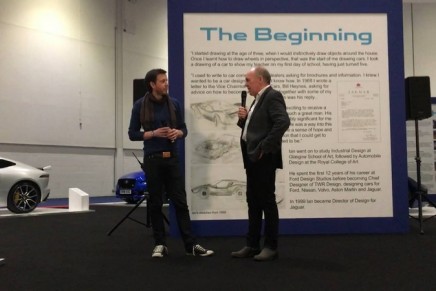 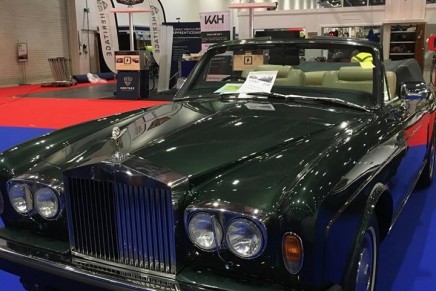 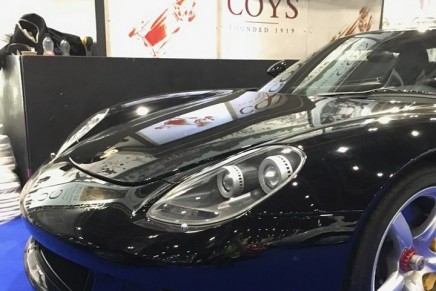