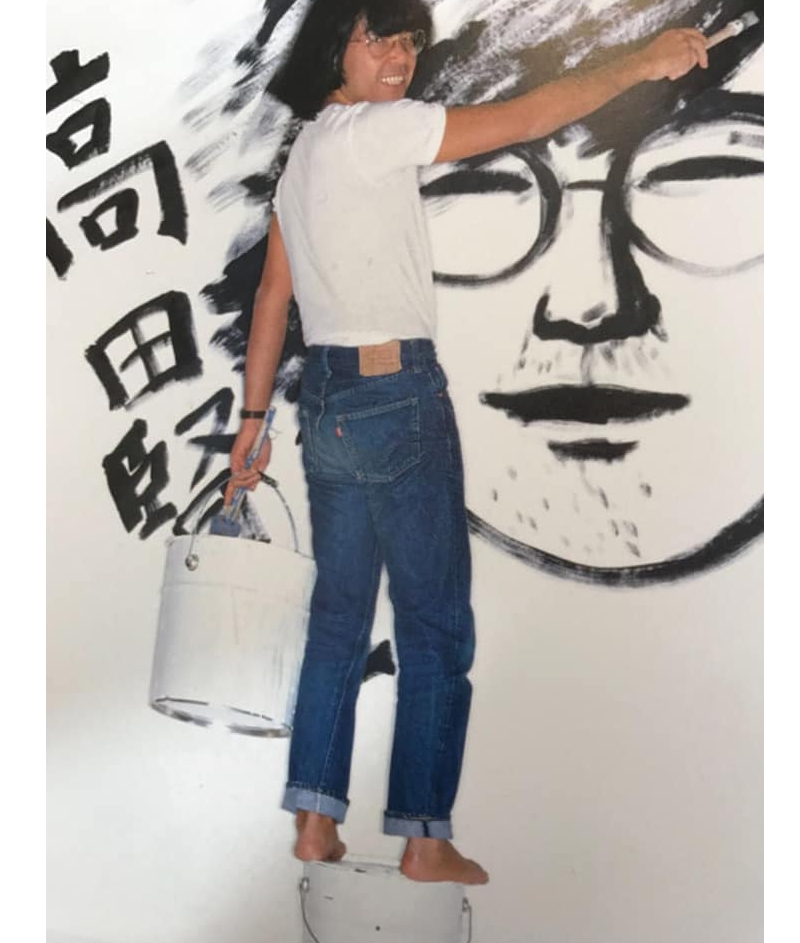 This article titled “Kenzo Takada remembered for style that meant ‘freedom for the woman’s body'” was written by Justin McCurry in Tokyo and Alyx Gorman, for theguardian.com on Monday 5th October 2020 05.05 UTC

The fashion world has paid tribute to the Japanese designer Kenzo Takada, who has died aged 81 after contracting Covid-19 in France, describing him as a man of “energy, kindness and talent” whose international outlook and attitude towards women’s clothes were ahead of their time.

Models and designers took to social media to pay tributes to Takada, who was commonly referred to by his given name, Kenzo.

“So sad to hear of your loss today … will always remember your smile and humble demeanour … and positivity you shined on us all,” Naomi Campbell said on her Instagram account. “Rest with the angels.”

Pat Cleveland, a pioneering African American model whom Takada championed, said her “heart was broken” over the death of her “dear friend”. She added: “He was such a joyful soul and I am going to miss him so much … RIP darling Kenzo.”

Takada retired from his fashion house in 1999 to pursue a career in art, but remained one of the most respected figures in Parisian ready-to-wear.

The fashion critic Suzy Menkes said Takada continued to be an “emblem of international style” after the French luxury goods company LVMH bought the Kenzo brand in 1993. “I remember him … telling me that he wanted to make ‘happy’ clothes”, Menkes wrote. “That meant colourful, with a freedom for the woman’s body – and an international attitude way before his time.”

The artistic director of Kenzo, Felipe Oliveira Baptista, who showed his second collection for the brand on 1 October at Paris Fashion Week, said: “His amazing energy, kindness, talent and smile were contagious. His kindred spirit will live forever.”

Takada’s fellow designer and friend Giambattista Valli thanked him “for teaching me the generosity of sharing happiness”, adding, “I’m still dancing with you and I will dedicate any joyful moments to you! Bon Voyage precious friend.”

Takada, the first Japanese designer to discover success in Paris in the early 1970s, died in the French capital on Sunday. His family said in a statement to French media that he had died from complications from Covid-19 at a hospital in Neuilly-sur-Seine, near Paris.

While his native Japan continued to inform his designs and lifestyle – his home in the heart of Paris, designed in part by Takado’s late partner Xavier de Castella, featured an authentic tea pavilion and a pool of carp – his career will always be most closely associated with his adopted home.

The designer’s death comes 50 years after he opened his first boutique in Paris.

The city’s mayor, Anne Hidalgo, described Kenzo as a “designer with immense talent, he gave colour and light their rightful place in fashion”, she said. “Paris is today mourning one of its sons.”

Takada lived in Tokyo until the demolition of his apartment to make way for 1964 Olympics facilities proved the catalyst for his move to Europe the following year. His work drew international attention after his designs were featured on the cover of Elle magazine in 1970.

“It is with immense sadness that Kenzo has learned of the passing of our founder,” the fashion house he founded said in a statement. “For half a century, Mr Takada has been an emblematic personality in the fashion industry always infusing creativity and colour into the world.

“Today, his optimism, zest for life and generosity continue to be pillars of our Maison (House). He will be greatly missed and always remembered.”