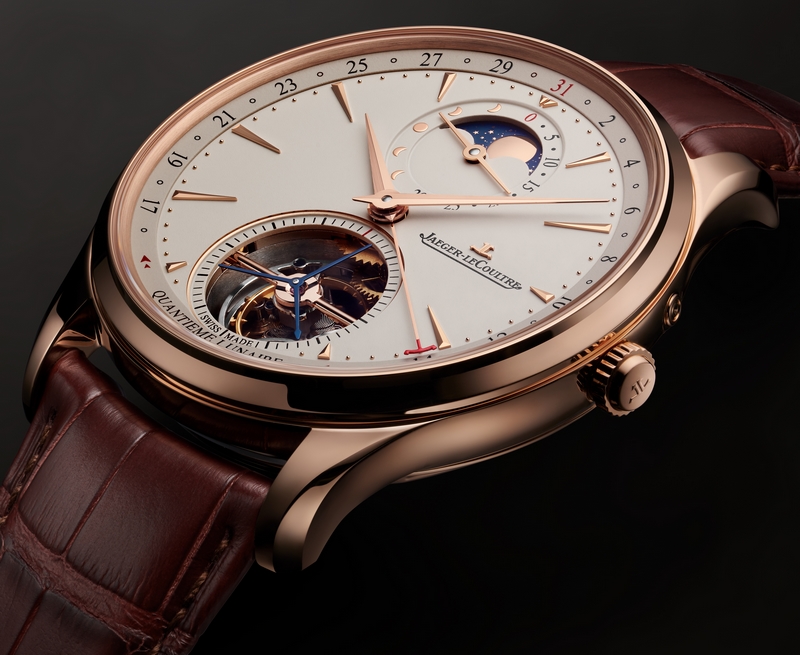 Jaeger-LeCoultre ends the season with a new Master Ultra Thin unique watch uniting a moon phase display with a tourbillon.

The new timepiece from Jaeger-LeCoultre combines two of horology’s most valued watch complications for the first time in the luxury watchmaking Maison’s long history – a moon phase and a tourbillon, with the addition of Jaeger-LeCoultre’s signature peripheral ‘jumping’ date. Making its debut in the Master Ultra Thin Tourbillon Moon is the new self-winding Jaeger-LeCoultre Calibre 983.

Like all Jaeger-LeCoultre timepieces, the Master Ultra Thin Tourbillon Moon carries an eight-year warranty in addition to the 1,000 Hours Control certification – one of the watch industry’s most stringent testing protocols.

The triple moon phase indicator – displaying the age of the moon as well as its phases in both Hemispheres – is also a recent development, having been introduced last year. Beating at a frequency of 28,800 vph (4 Hz), the new Calibre 983 offers a power reserve of 45 hours. 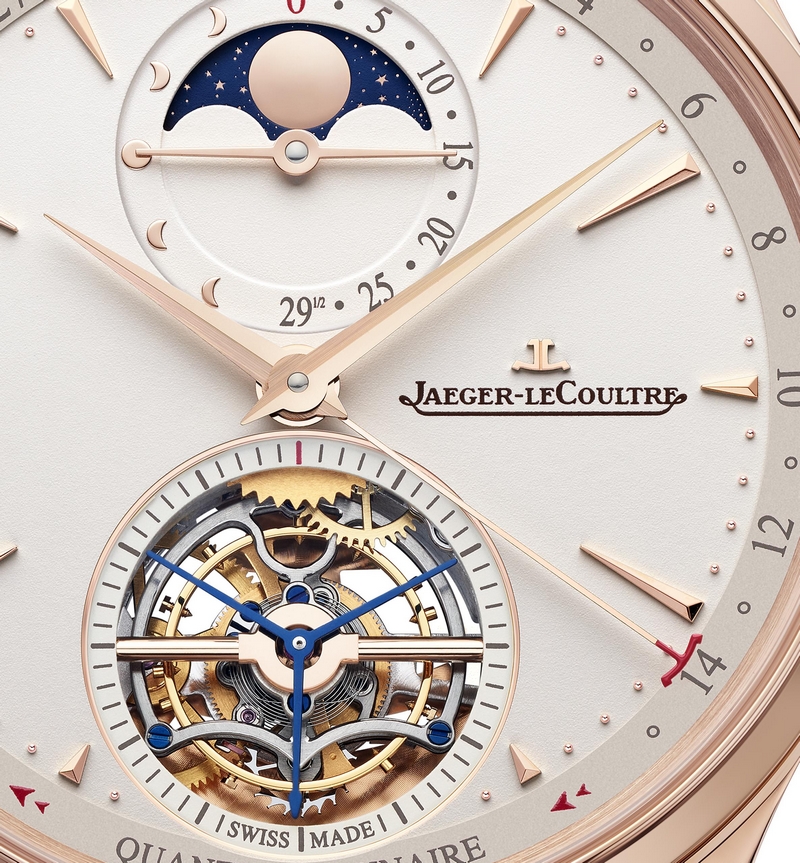 The Master Ultra Thin Tourbillon Moon is presented in a case made of Le Grand Rose gold. Introduced this year, the new pink gold alloy has a remarkable sheen and depth of colour, and is highly resistant to fading over time.

et in the upper half of the dial, the astronomical complication displays the Northern Hemisphere moon phases in the traditional way – a deep blue sky scattered with stars provides the background for a polished golden disc. Surrounding this is a ring with applied Southern Hemisphere moon phases on the left and the Age of the Moon on the right, each indicated by a double-ended hand.

For the peripheral date display the Manufacture’s engineers chose Jaeger-LeCoultre’s signature ‘jumping’ complication. Every month, the date hand makes 90-degree jump, gliding rapidly from the 15th to the 16th, in order not to obscure the tourbillon. 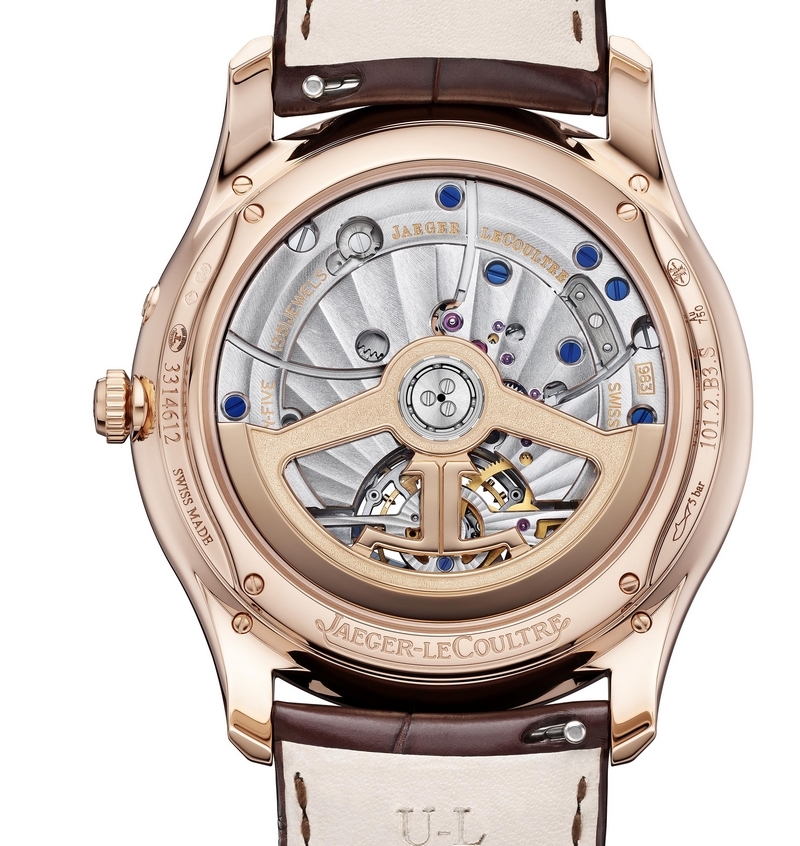 The lower half of the dial is dominated by the tourbillon. A newly designed bridge in polished pink gold secures the titanium tourbillon cage (which weighs around 0.3 grams with its components) as it completes one revolution every 60 seconds. The fine tourbillon bridge and wide aperture maximise transparency and light, drawing the eye right through the mechanism.

On the reverse side, the long span of the open-worked tourbillon bridge further enhances this transparency, while its Côtes de Genève decoration complements the sunray pattern of the stripes on the main plate. The open-worked pink gold winding rotor, which features the JL logo and a combination of polished and micro-blasted surfaces, allows a clear view of the movement, with additional fine finishes including blue screws, circular graining and chamfered bridges. 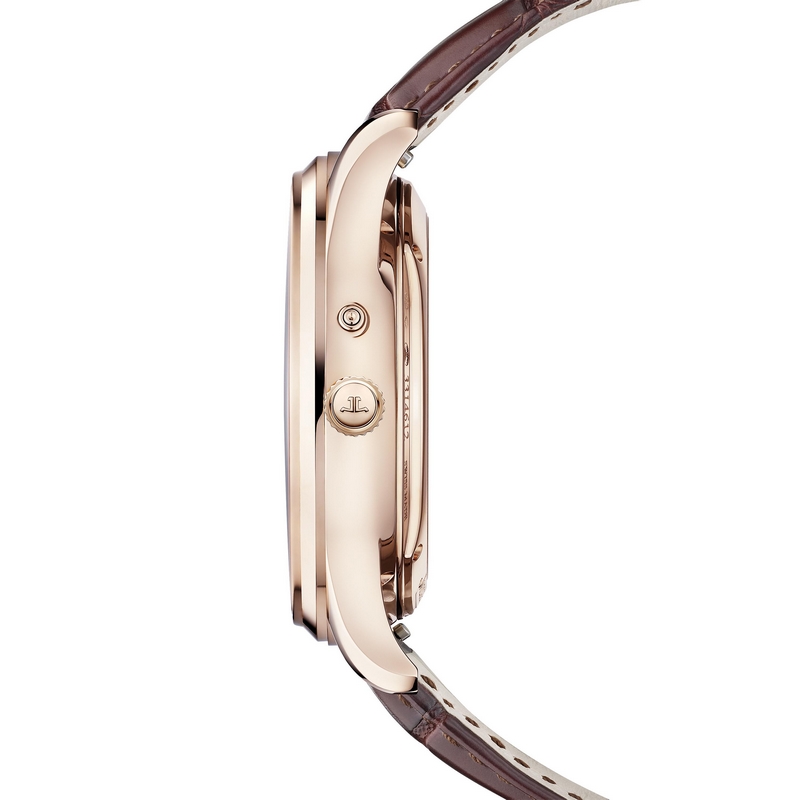 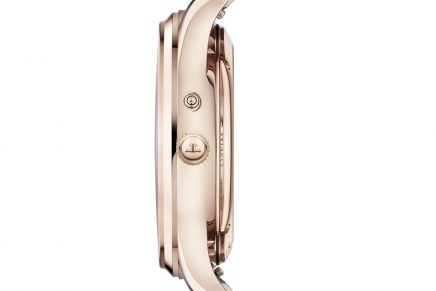 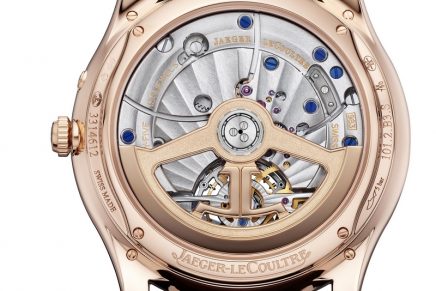 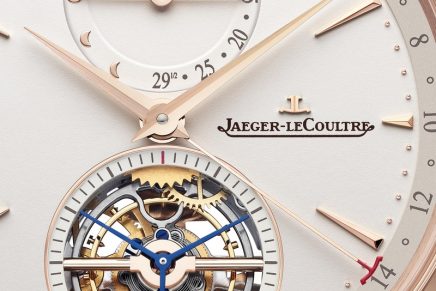 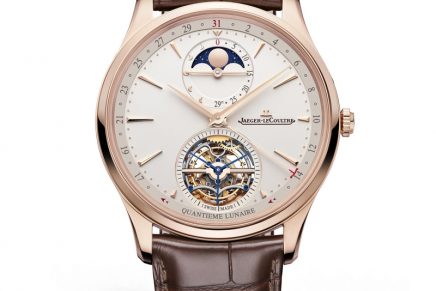 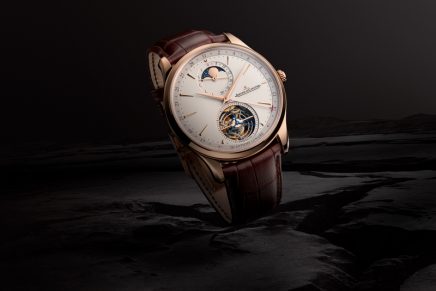 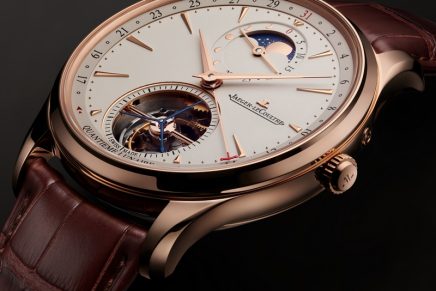