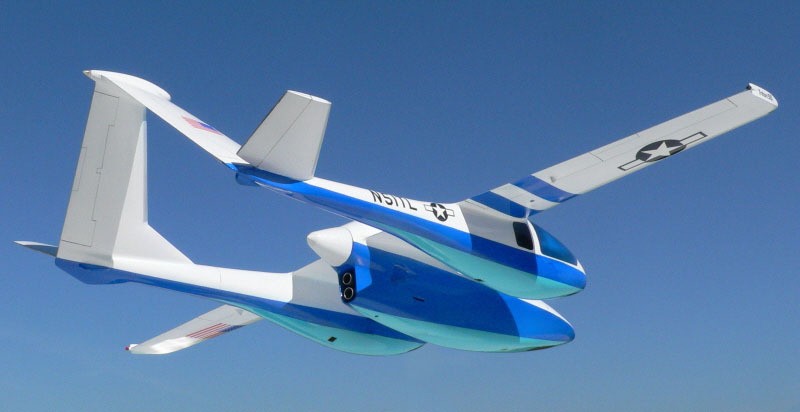 The Triton will have two separate cockpits on each side of the pilot that will hold 3-5 passengers. Unlike riding on a commercial airline, where window size is of similar proportion to a cereal box, the Triton gives passengers unobstructed panoramic views without the gauges, indicators or instruments.

Passengers will be able to savor memories from the air and take photos of their favorite mountain ranges, lakes and beaches from angles and views rarely captured.

“You get the feeling of a military jet, but it’s a private airplane,” said Marco Parrotto, Principal of Lift Event Management. “It’s probably the hottest looking thing has come out in the last 20 years.”

The 42-ft wingspan will be powered by a 450 horsepower turboprop swinging a large prop at lower RPM for reduced noise and added comfort. The goal for Triton is to find an established aerospace firm that believes in the potential the aircraft has so that engineers can make the Triton a reality.

The Micronautix concept will be shown publicly for the first time at the 2014 Aviation Summit, held at the Palm Springs Convention Center. This debut is in addition to the wide array of aircraft, helicopters, aviation equipment, workshops and services offered throughout the weekend. 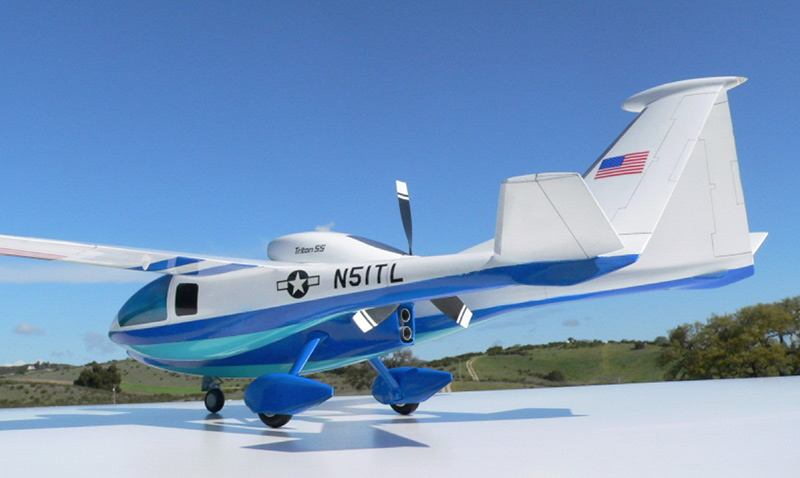