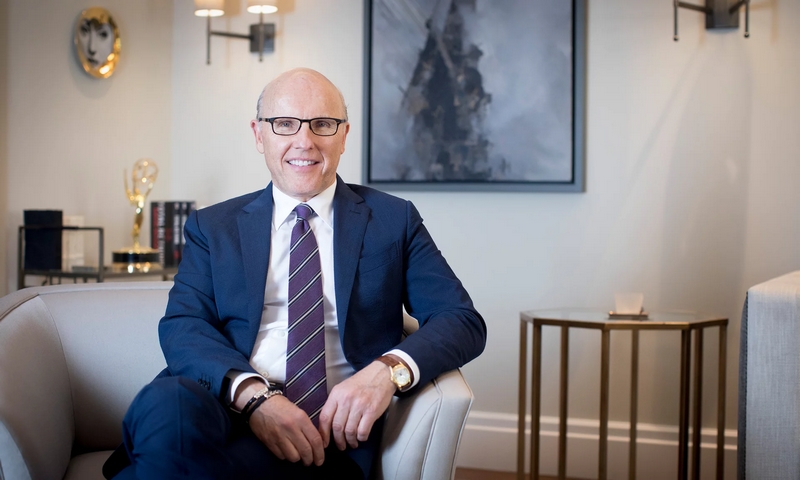 I’m not a big spender and I don’t like to talk about my net worth, but if you believe what you read online you’d go with about $1bn. I’ve made money through telecoms and the media. I founded the first competitive phone company in the US, Corporate Communications Network. It merged with MFS Communications, which eventually sold for $14.5bn to WorldCom.

A lot of my success is down to luck and the fact I’ve focused on trends rather than fads. Media, communications, technology and sport have been big growth industries, and I like to think I have been involved in disrupting them.

I spend some of my money on art – mainly revolutionary art and religious artefacts from all religions. I like revolutionary artwork because it’s interesting, both politically and socially. But I didn’t actually buy my favourite painting. It was originally a gift from Fidel Casto to Maurice Bishop, a former prime minister of Grenada. Another prime minister of Grenada, Herbert Blaize, then gave it to me. I have reproduced the painting inside the front cover of my new book Total Rethink.

Related: ‘I don’t need things. I have two suitcases with everything in’

As far as religious artefacts go, I have collected pieces from Cambodia, Zambia, Zimbabwe, Lebanon, Egypt and Syria. One painting is by a Syrian refugee and was previously displayed in an art gallery in Beirut. I have a lot of artwork displayed in my gym at home, where I spend a lot of my time. I have no idea what I spend on art. I don’t look for expensive pieces – I look for art that moves me.

We have iron manhole covers displayed outside every boardroom in all our offices in every country. They say MFS McCourt, which is the company we sold to WorldCom. They signify that we are in it for the long term. They’re not expensive, costing about $500 each, but they get everyone interested.

David August makes my suits. He launched a fashion label with Conor McGregor, the UFC fighter, last year. The suits are all different shades of navy blue and I don’t know how much they cost, but it’s more than if they were off the rack. I own about 30 blue suits, and 15 to 20 sports jackets of different colours.

I walk everywhere so for the past 20 years I have sent my shoes to the number one cobbler in the US, who he puts rubber soles on them. I’ve never met him.

For the past 15 years I’ve spent about one week a month living in the Merrion Hotel in Dublin. They treat me right. Hotels are great places to watch people from around the world come and go. Living at a hotel offers some sort of exposure to creative juices you wouldn’t normally get. Bob Dylan lived at the Chelsea Hotel in New York during the 1960s, Coco Chanel lived at the Ritz in Paris, and Oscar Wilde lived at L’Hotel in Paris – so I reckon I’m in good company. I have property in Belgravia in London and Miami, but I don’t know what they’re worth. Real estate in both places has done very well though, fortunately.

Related: ‘I was better off as a student than I am now working’

I eat quite modestly for breakfast and dinner, and appreciate good fresh food. I’m not a big drinker. My favourite restaurant is an Italian called Zafferano in Belgravia, but it’s not that expensive. I’d probably spend £100 on a meal for two people with wine. It’s not on the menu but they make me a simple pasta dish called amatriciana for £15.

My biggest financial mistake wasn’t when I bought something but not selling something when I should have done. I sold 20% of my telecoms company RCN to Paul Allen, who was co-founder of Microsoft with Bill Gates, for $1.65bn. But the company got swallowed up in the dotcom bust, and I wish I’d sold the whole thing.

My new book is about how people can engage in their creative side as well as business, and it’s for anyone – not just business people. If anyone comes up to me (or tweets me @DCMcCourt) and can prove they have read my book, I’ll guarantee to do one of two things: give them a copy, or read their business plan.

We are keen to hear how you spend it: maybe you’re a “squeezed middle” just about coping financially; someone who has invested wisely; or a young adult saving furiously for a home. If you would like to appear in this column, contact spend.it@theguardian.com