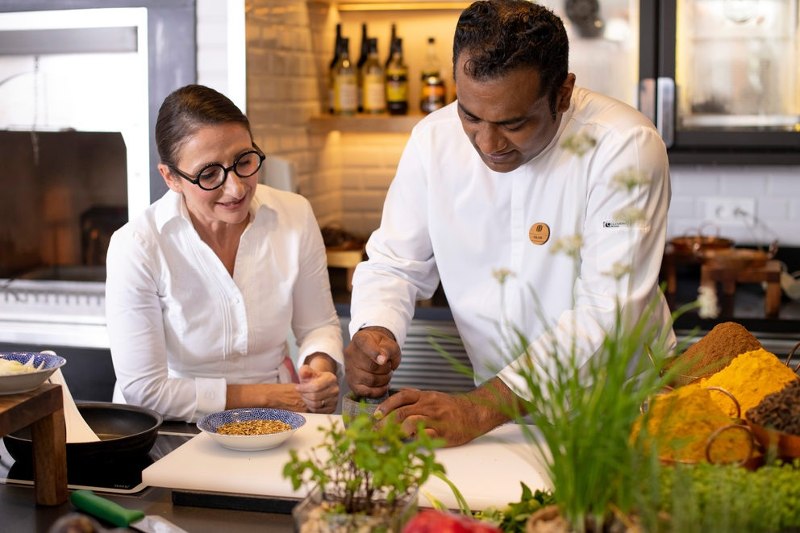 Positioned on its own private peninsula, One&Only Le Saint Géran encompasses the calm waters of a sheltered lagoon and is lined by kilometres of pristine sands, with coral reefs on one side and tropical flora on the other. It is this landscape, and the aromatic complexity of the lush produce found on the island, that inspired Anne-Sophie to curate a menu bursting with the textures and tastes reflecting the local terroir. In keeping with her culinary ethos of enhancing local produce and their flavours, the menu, which will be an informal take on Anne-Sophie’s iconic culinary style, will incorporate ingredients such as coconut, hibiscus, hearts of palm and more. 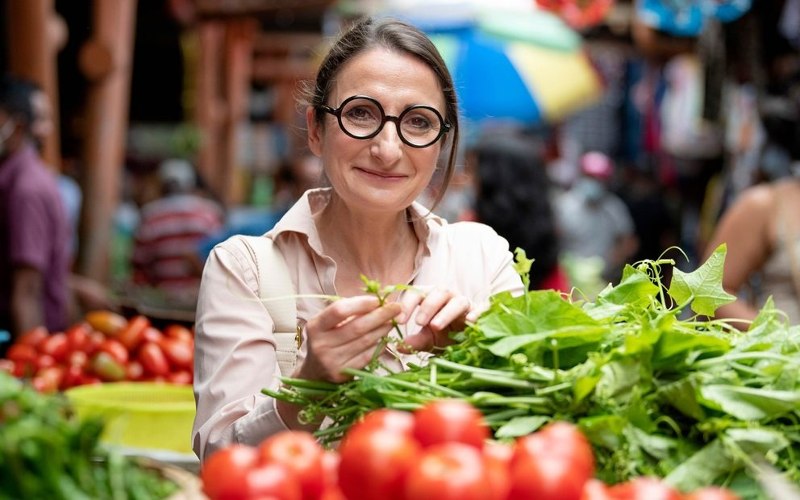 “One&Only Le Saint Géran is a place I hold very dear to my heart, having spent my honeymoon here almost 20 years ago, and it brings me great joy, having come full circle, to be working with the extraordinary culinary team at the resort on a dining experience that will showcase the very best of authentic Mauritian flavours and ingredients.” -Chef Anne-Sophie Pic.

The menu at La Dame de Pic at Prime will be complemented by an expertly curated selection of wine and cocktail pairings, the latter of which will also incorporate the richness of island-sourced produce to create authentic concoctions that will represent the flavours of Mauritius.

Currently holding a staggering nine Michelin stars, Anne-Sophie has become one of the most inspiring forces of the gastronomic world. Her signature style is characterised by her creative process on which she places the greatest emphasis. Chef Pic believes that each creation should conjure a different flavour-based emotion, some of them strong, some delicate, some smooth, some bitter. Her ongoing search for flavour harmony drives Anne-Sophie Pic to continually improve her dishes, reinterpreting some and abandoning others to begin with a clean slate.

The dining experience at One&Only Le Saint Géran has always been unrivalled, and this season is no exception.

In addition to La Dame de Pic at Prime, the resort is also home to Tapasake, an over-water restaurant located alongside the edge of the breath-taking lagoon offering views across green sugarcane clad mountains, an Indian temple and the glowing Mauritian sunsets, serving tapas-style pan-Asian cuisine with a Spanish twist, and the recently launched La Badamier, a sophisticated al fresco restaurant located under the great Badamier tree of the resort. Offering completely unobstructed views of the Indian Ocean and a French Riviera style atmosphere, the menu at the casual, yet refined, lunch spot has been inspired by the very best of southern France and Italian cuisine. At the heart of the resort, La Terrasse restaurant celebrates the intimacy of theatre-style cooking, where the resort’s chefs welcome guests into their kitchen, eager to interact as they create delicious Mauritian, Indian, Chinese and Mediterranean delicacies.

The overall culinary experience at the resort is led by resort’s Executive Chef Dwayne Cheer. Chef Dwayne brings his vast experience of cooking at Europe and Asia’s most celebrated restaurants to One&Only Le Saint Géran, creating vibrant, seasonal dishes, bold flavours and experimental techniques, all gained from his extensive travels. With his passion and creativity, Dwayne drives the culinary experience at One&Only Le Saint Géran, leading a talented team of chefs across six restaurants offering an incredible diversity of cuisines.

Anne-Sophie Pic’s culinary residency will be taking place at Prime restaurant, for dinner Monday to Saturday, from 11 October to 4 March 2023.

Last October the One&Only Le Saint Géran launched La Badamier, a sophisticated al fresco restaurant located under the great Badamier tree of the resort. Offering completely unobstructed views of the Indian Ocean and a French Riviera style atmosphere, the menu at the casual, yet refined, lunch spot has been inspired by the very best of southern France and Italian cuisine, with a focus on quality ingredients and simplicity. Signature dishes include a delicate lobster and crab ravioli dressed in a light shellfish and sage infused butter, and line caught yellow in tuna crudo enhanced with a chili, caper and citrus dressing.

Guests staying at One&Only Le Saint Géran will have access to the resort’s very own helicopter which will take guests on enchanting excursions, inviting them to explore Mauritius with a bird’s eye view. Guests will be whisked away to take in stunning aerial views of the picture-perfect coves, undulating coastline, and rolling sugar cane fields. Perhaps the most famed of Mauritian sights lies just off the coast of Le Morne – ‘the underwater waterfall’ – a glorious illusion of a vast subaquatic waterfall, created by the formation of sand and silt on the ocean floor. Witnessing this dramatic image from the privacy of the One&Only Le Saint Géran helicopter will imprint a memory that is sure to last a lifetime. 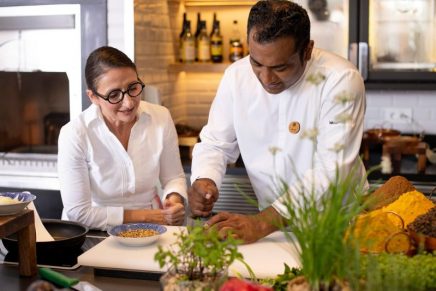 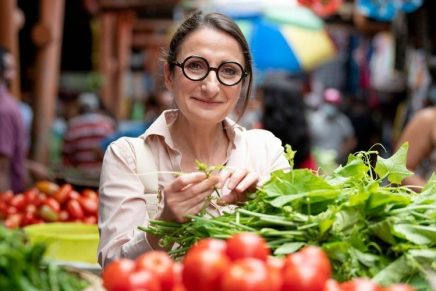