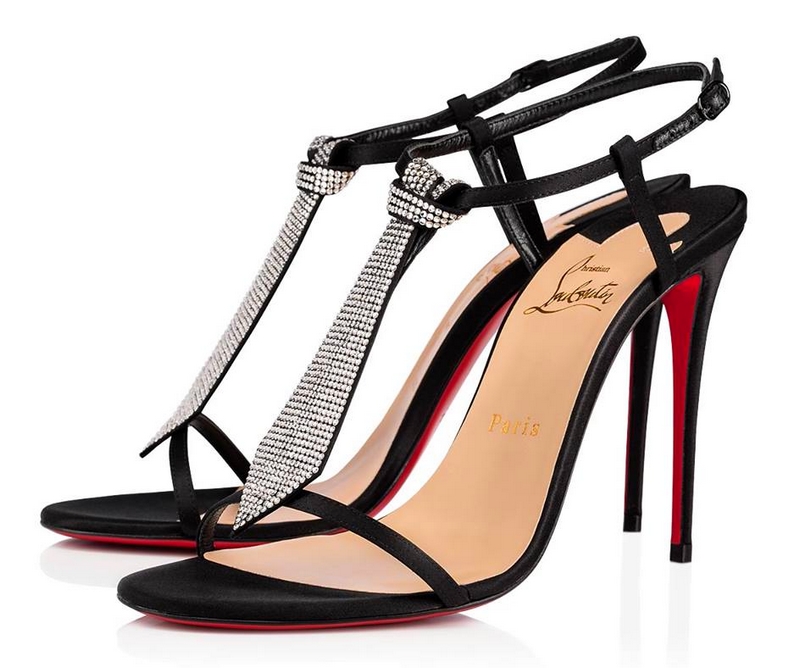 This article titled “How to wear: Cinderella sandals for New Year’s Eve” was written by Jess Cartner-Morley, for The Guardian on Friday 28th December 2018 13.00 UTC

How likely are you, on a scale of one to five, with one being very likely and five being don’t be utterly ridiculous, to be wearing high-heeled sandals to see in the new year? I’m reading a solid three. I can work with that.

Here are a few reasons why you should consider wearing shoes like this for New Year’s Eve. One: after this, it’s January. This is it, people. Come midnight, it’s all over. The festive spirit will evaporate, like Cinderella’s carriage. Wear those glass slippers while you can. This is not about a dress code, it’s about a ritual. You are going to be in boots and jeans for January (and yoga leggings and running trainers: that’s the plan, anyway). New Year’s Eve is to January what Shrove Tuesday is to lent. Eat up all the glamour, while you still can.

Two: New Year’s Eve, like Christmas Day, has its own fashion weather system. You don’t have to concern yourself overly with trends. In fact, in general, the golden rule for a successful new year is not to overcomplicate it. Instead of trying to venue-hop when it’s freezing cold, transport costs a fortune and you are at the mercy of precision timing, pick a team for the night and stick with it. Rather than trying to matchmake or attempt to reconcile with a long-lost best friend on a night when emotions run high anyway, stick with the core squad and keep the thermostat at jolly. If you are cooking, don’t make this the night you attempt a souffle for the first time; your friends want to hang out with you, not watch you sob into the oven, and nobody really cares so long as you have cold alcohol. There is no more tried-and-tested eveningwear formula than a dress with shoes that bring the party.

Related: How to wear: the boat neckline | Jess Cartner-Morley

Three: you have these shoes, or something very similar, already. I have had these Jimmy Choo sandals for about eight years, and they are as good as new. The good thing about taxi shoes – which these very much are – is that not wearing them outside means they stay in good shape for longer. (The exception is a snappable heel. Slender straps but a heel with the heft of an upturned Snickers bar is the ideal combination for a party sandal.)

Your last dressy night in a while is not the time to buy something new, so wear the party heels that you already own – which come with the added bonus that you don’t start the new year with new-shoe blisters.

One last thing. People are disproportionately impressed by the hardiness implied by high heels without tights, in winter. You don’t need to make a souffle, you don’t need to stay up to see the sunrise. You can just wear a nice pair of heels. And you can take them off at midnight. Happy days.