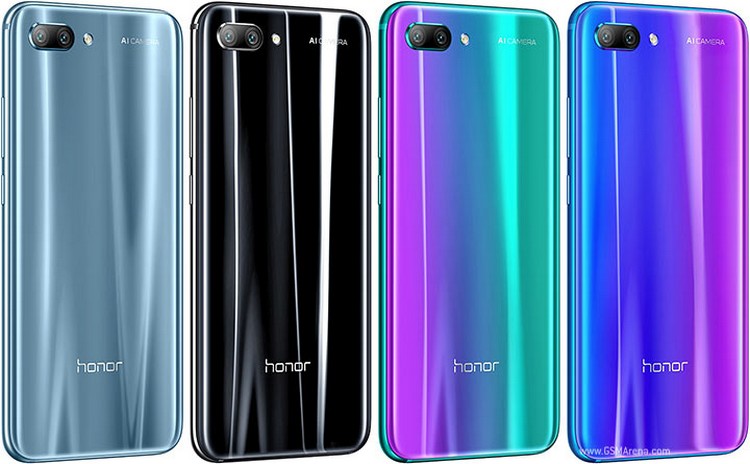 This article titled “Honor 10 review: premium phone that punches above its price” was written by Samuel Gibbs, for theguardian.com on Tuesday 29th May 2018 07.00 UTC

The Honor 10 is Huawei’s cut-price premium smartphone offering that hopes to go toe-to-toe with iPhones and Samsungs for about one-third less than the average price.

Strangely, the Honor 10 is the second Honor phone with 10 in its name launched this year, following the Honor 10 View released in February, which has essentially the same specifications. The Honor 10 View is still on sale for £450, which is £50 more than the Honor 10, and has a slightly bigger screen.

The Honor 10 follows the trend set by Samsung with the Galaxy S6 three years ago of having glass on front and back. The glass on the back is curved, the phone’s edges are polished metal, making it feel almost exactly like a Samsung Galaxy S8 or S9. It’s smooth, feels very well made and is undoubtedly the most premium-feeling Honor yet that belies its “budget” market positioning.

The 5.84in LCD screen fills most of the front of the device, short of a fingerprint sensor at the bottom and a notch into the screen at the top containing a selfie camera, earpiece speaker and sensor. It is proving to be the “year of the notch” and the Honor 10 is bang on trend.

The screen looks very good, with solid brightness and colours, and it is pretty crisp. It isn’t as good as Huawei’s OLED screen on its top-end P20 Pro, nor the OLED screen on the closer competitor OnePlus 6, but it is still a good-looking display and most will be very pleased with it.

At 153g and 7.7mm thick the Honor 10 feels pretty light and slim, stacking up well compared with top-end competition. The thin bezels around the relatively small screen mean it’s also quite small for a modern smartphone, and therefore easy to handle. There’s a headphone jack in the bottom, which is becoming a rare feature.

The Honor 10 has the same processor as the Honor 10 View, Huawei Mate 10 Pro and P20 Pro, but has a smaller amount of RAM with only 4GB compared to 6GB. You can notice the difference – the Honor 10 is a little slower when switching between apps, but on the whole is a fast and smooth device to use. You have to pay another £69 to buy a phone that feels faster.

Battery life is great, but not quite class-leading, lasting about 32 hours between charges, starting up at 7am on day one and dying at 3pm on day two.

That was while using it as my primary device, browsing and using apps for five hours while receiving hundreds of push emails and messages, watching 90 minutes of Netflix, taking about 20 photos and listening to seven hours of music via Bluetooth headphones.

The Honor 10 runs Huawei’s modified version of Android called EMUI 8.1, based on the latest Android Oreo 8.1.

It is essentially the same version as running on the Huawei P20 Pro, and very similar to every other recent Huawei phone, including the Mate 10 Pro and the Honor 10 View released earlier this year.

EMUI looks like a cross between Android and Apple’s iOS. Out of the box it lacks Android’s app drawer, meaning every installed app has an icon on the homescreen, just like iOS, but there is an option to enable the drawer. Google Feed is available on the left-most homescreen pane, there’s a light customisation of notifications, but the big additions EMUI has over standard Android are power-saving features.

For the most part these work very well – stopping apps from draining your battery in the background for example – but occasionally they will cause issues, stopping you receiving notifications or background functions. EMUI also handles the screen’s notch well, including the ability to hide it with an always-black status bar either side, just like the P20 Pro.

The camera system on the Honor 10 is a bit of a mixed bag. On the back you have two cameras, one 16-megapixel and one 24-megapixel, which work in conjunction to produce images, simulate depth of field effects and other tricks.

The cameras themselves are capable of producing some good photos. Low light isn’t the best, but it isn’t terrible either and on the whole the Honor 10 holds its own with the competition. The “AI camera” element is probably the worst bit.

It’s meant to identify the scene and objects, but generally just produced photos that look like ultra-processed Instagram photos. It was particularly bad with grass, turning it highlighter green. I got much better results with it switched off.

The selfie camera is good, but struggled to produce images that were pin sharp in dim indoor lighting.

The Honor 10 is another example of an excellent smartphone that comes very close to matching the latest top-of-the-range phones, but costs significantly less. On the whole Huawei has cut the right corners to make the Honor 10 shine against the competition.

Of course it isn’t perfect, and lacks wireless charging and water resistance. But it has many redeeming features, feeling every bit as good in the hand as a phone costing twice as much. The screen is good, the camera (if you turn off the AI mode) is good, performance and battery life are good, and it even still has a headphone socket.

The Honor 10 is so good I’m not quite sure why you would buy Huawei’s other 5.8in phone with a notch, the P20, that costs another £179, which means Huawei is competing with itself. Compared to rivals, you have to spend another £69 to find a better phone in the OnePlus 6, meaning the Honor 10 is arguably the best phone you can get right now for £400.