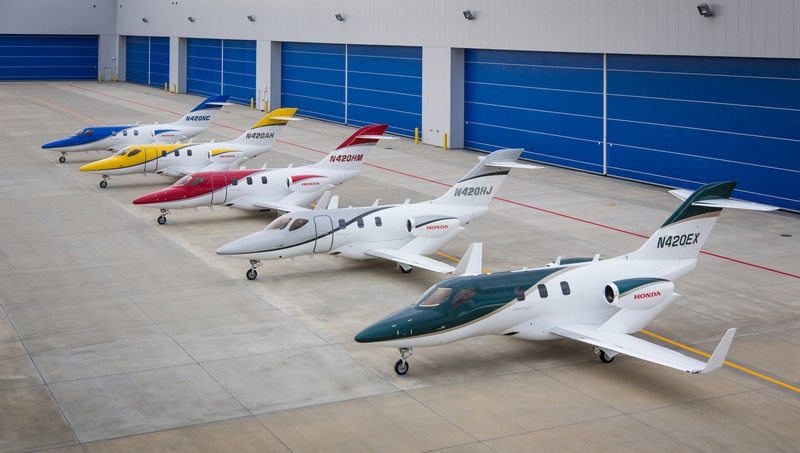 Honda Aircraft Company announced that the HondaJet was the most-delivered jet in its category for the first half of 2017, as reported by the General Aviation Manufacturers Association.

Honda Aircraft delivered 24 aircraft to customers in the U.S., Canada, Mexico, and countries in Europe during the first six months of 2017. The company is steadily ramping up production to meet customer demand, and is currently manufacturing the aircraft at a rate of about four per month at its world headquarters in Greensboro, North Carolina.

“The HondaJet is very high tech, sporty aircraft and it is like a flying, high precision sports car,” said Honda Aircraft President and CEO Michimasa Fujino. “We want to create new value in business aviation and I hope to see many more HondaJets flying all over the world.”

The HondaJet is the world’s most advanced light jet, and its distinctive design incorporates advanced technologies and concepts including the unique Over-The-Wing Engine Mount (OTWEM) configuration. The aircraft is the fastest, highest-flying, quietest, most fuel- efficient, and most comfortable business jet in its class, and has gained greater acceptance in the market, especially by corporate executives, business owners, corporate flight departments, charter companies, and aviation enthusiasts.

The OTWEM design also reduces cabin sound, minimizes ground-detected noise, and allows for the roomiest cabin in its class, the largest baggage capacity, and a fully serviceable private aft lavatory. The HondaJet is equipped with the most sophisticated glass flight deck available in any light business jet, a Honda-customized Garmin G3000. 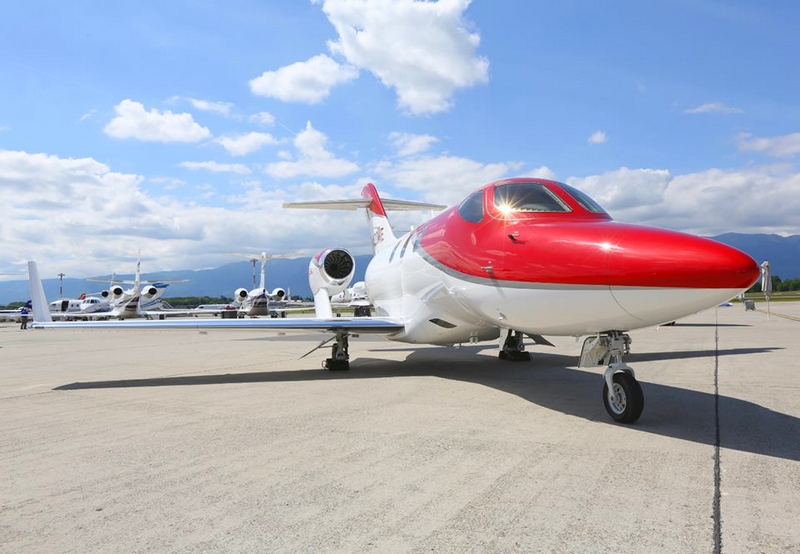 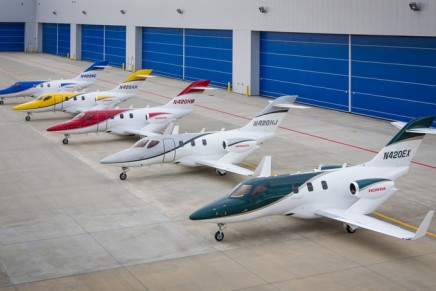 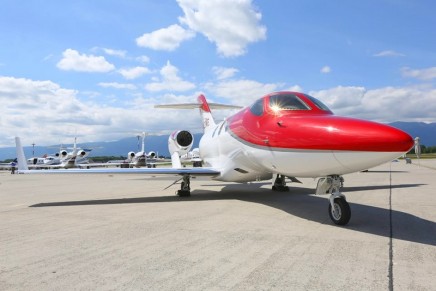 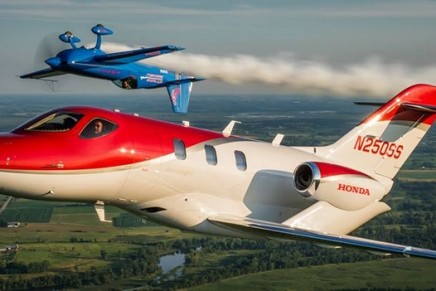