To demonstrate that the HondaJet will get customers where they need to be faster than any other light jet, the builders of the world’s most advanced light jet chose several of the busiest business aviation airports with extremely popular routes to secure its first speed records. The aviation company sets two speed records flying between the Northeast and South Florida.

The records are approved by the U.S. National Aeronautic Association and pending approval as world records by the Fédération Aéronautique Internationale in Switzerland. Peter Kriegler and Glenn Gonzales piloted the HondaJet on both flights.

In setting the record between New Jersey and Florida, the HondaJet departed Teterboro Airport at 2:15 p.m. EST on April 9, 2016 and landed at Fort Lauderdale Executive Airport at 5:06 p.m. Despite average headwinds of 60 knots (nearly 70 mph), the flight took two hours and 51 minutes at a cruising altitude of 43,000 feet with the HondaJet surpassing the existing record from Teterboro to Fort Lauderdale. Factoring the considerable headwind of 60 knots and high temperatures, the HondaJet achieved an average true air speed of 386 knots (444 mph) and maximum ground speed of 414 knots (478 mph) for this flight.

The HondaJet is the world’s most advanced light jet, and its distinctive design incorporates advanced technologies and concepts. The patented Over-The-Wing Engine Mount configuration, natural laminar flow wing and fuselage nose, and composite fuselage were developed from long-term research activities. 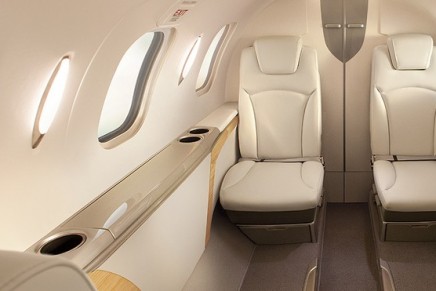 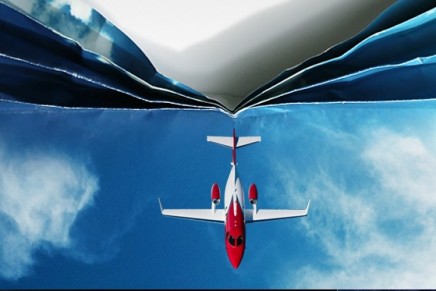