Connect and Exchange in the Heart of Amsterdam: W Amsterdam promises to bring something new and exciting to the hotel industry in the Dutch capital. 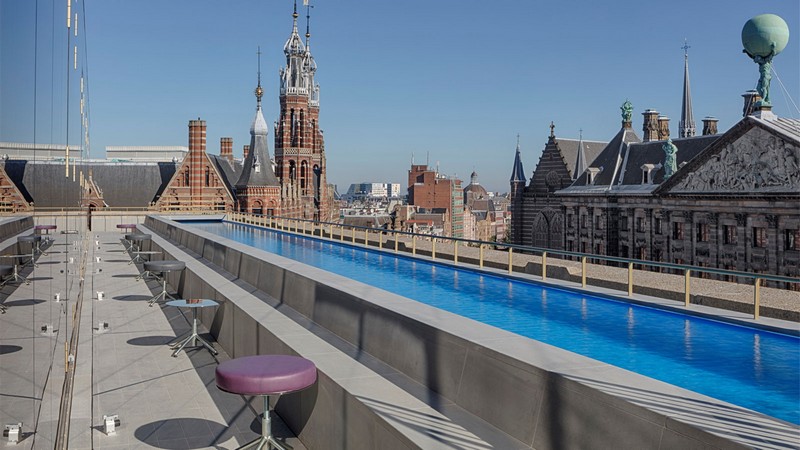 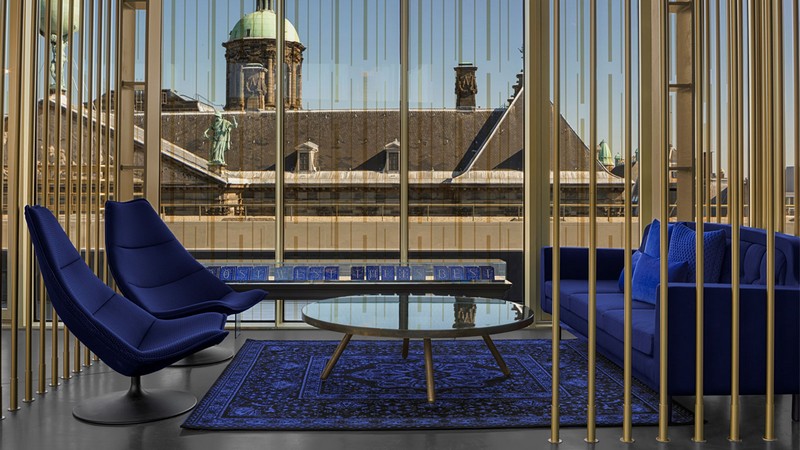 Starwood group introduces a new style of modern hospitality to the Netherlands with the debut of the highly anticipated W Amsterdam hotel, described as “an energetic space full of unexpected moments”. Just steps away from the Dam Square and the Royal Palace, the new high-end hotel located in the epicentre of Amsterdam’s vibrant social scene introduces WET DECK, the city’s first rooftop pool, and electrifying culinary venues, such as THE DUCHESS and MR PORTER. The opening marks the pinnacle of Amsterdam’s rapid growth as one of Europe’s most popular destinations for jet-setting travellers.

The 238-room luxury hotel spans two iconic buildings, one of which used to house the former Telephone Exchange (‘Exchange’) and the other was previously home to KAS Bank (‘Bank’). W Amsterdam was designed by Office WINHOV and Baranowitz Kronenberg Architects, who collaborated with local designers to refresh the historic buildings with contemporary features inspired by their storied past. 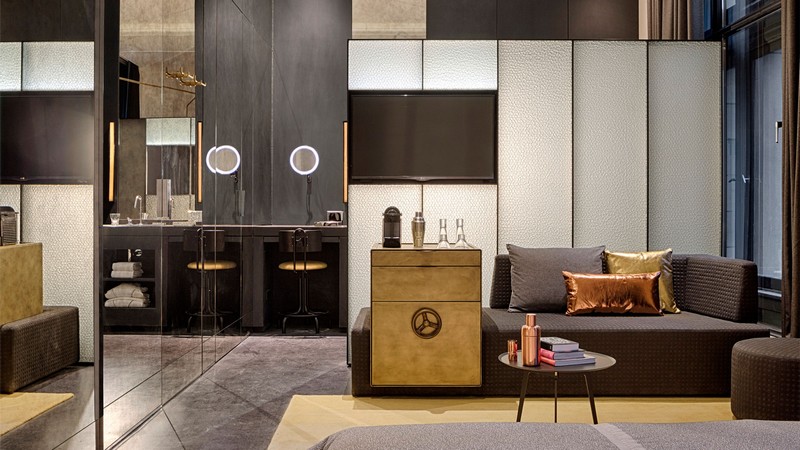 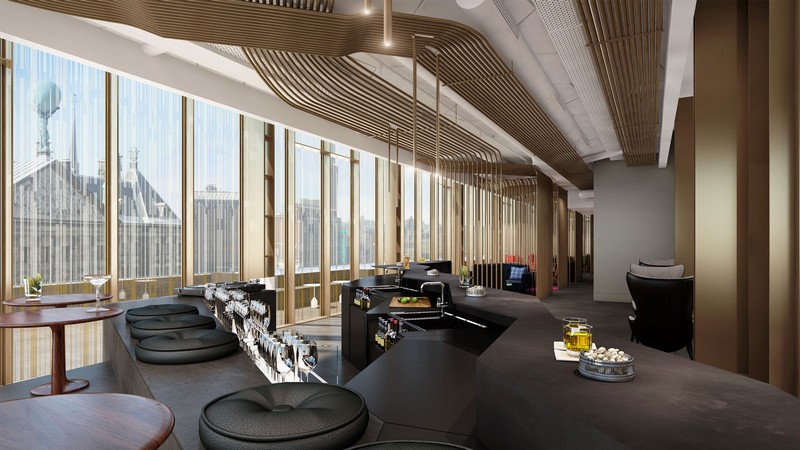 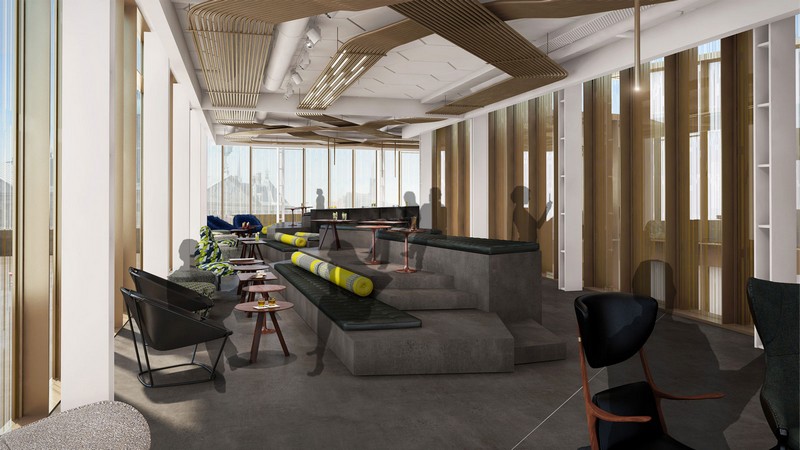 The Exchange building features 172 stylish guest rooms, while the 66 rooms in the Bank will open early next year. The hotel will have a total of 21 suites, three WOW suites and two lavish Extreme WOW suites – the W brand’s take on the Presidential suite. Boasting an impressive 183 square metres of innovative design, an open plan bathroom complete with a hot tub, walk-in wardrobe and large round bed with extraordinary views of the Royal Palace, the Extreme WOW Suite is the city’s most glamorous crash pad. W Amsterdam features SPG Keyless, the hospitality industry’s first keyless entry system enabling guests to use their smartphone or wearable device as a room key.

Guests arrive in style when they check in at the rooftop W Lounge, the W brand’s re-interpretation of the traditional hotel lobby, on the sixth floor of the Exchange building. With four outdoor terraces and floor-to-ceiling windows, guests can enjoy spectacular 360-degree views over canal houses and heritage sites. Looking out to the Royal Palace and lively historic centre, WET DECK is Amsterdam’s first rooftop pool. Spanning 22 metres and heated in winter, WET DECK is where Amsterdam’s style-savvy locals mix it up over open air cocktails and city scape views. Also located on the rooftop, MR PORTER blends qualities of a modern steakhouse with the sophisticated ambiance of a chic, high-energy lounge. 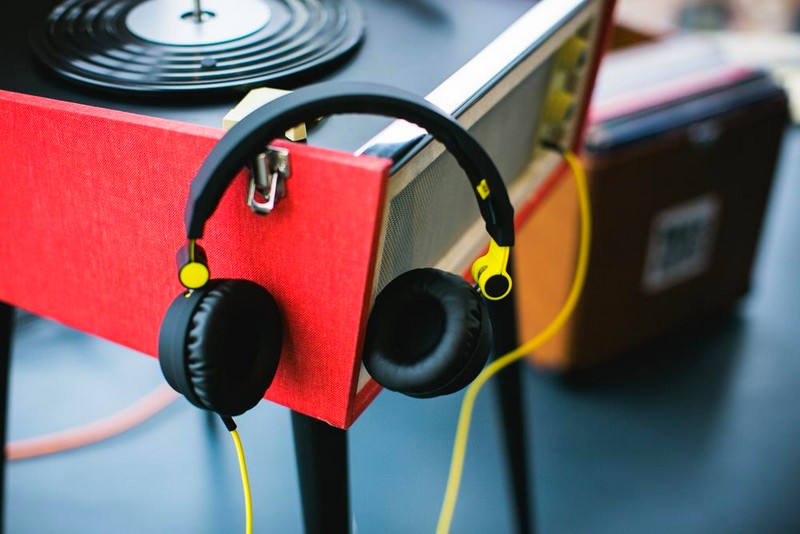 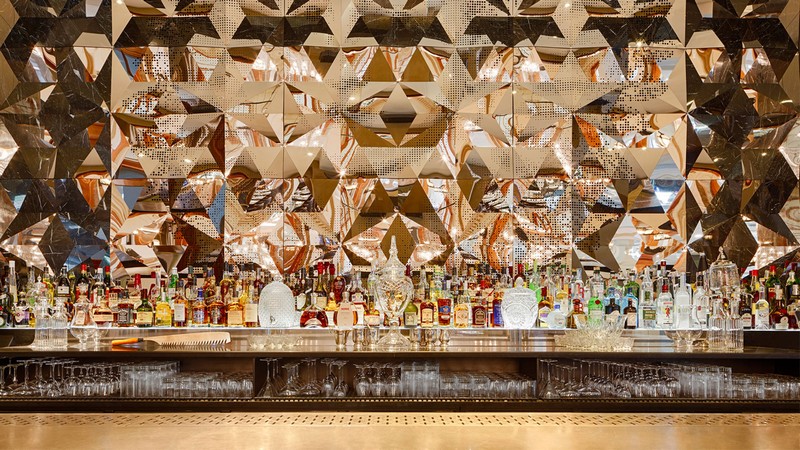 Across the street in the Bank building, THE DUCHESS opened in June to rave reviews, combining an eclectic taste of London and Viennese grandeur. The building also houses FIT state-of-the-art fitness centre; a spa located amid the original bank vaults; and XBANK, a 700 square metre exhibition gallery and immersive creative incubator concept space that connects local design, fashion and music talents – all of which will be unveiled in early 2016 together with the remaining guest rooms. 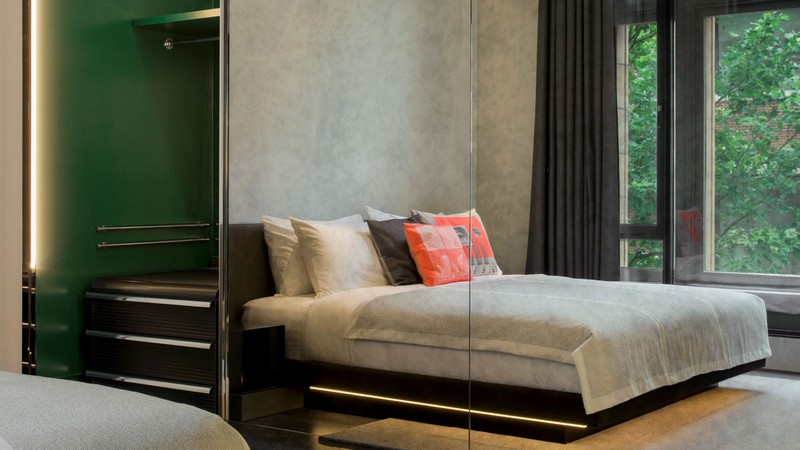 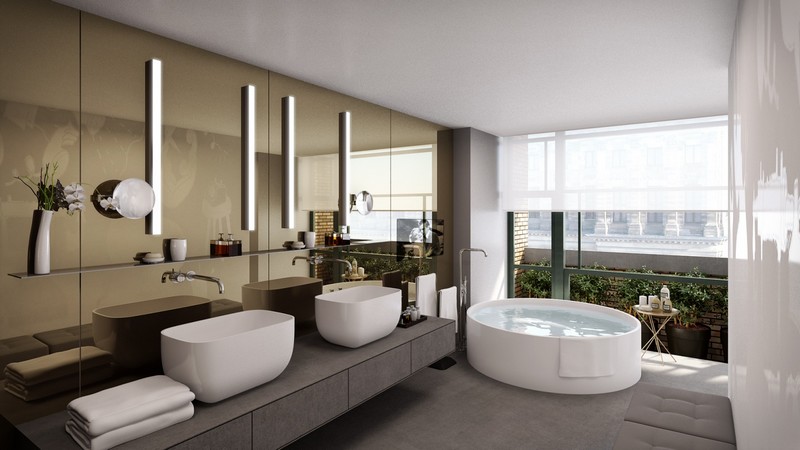 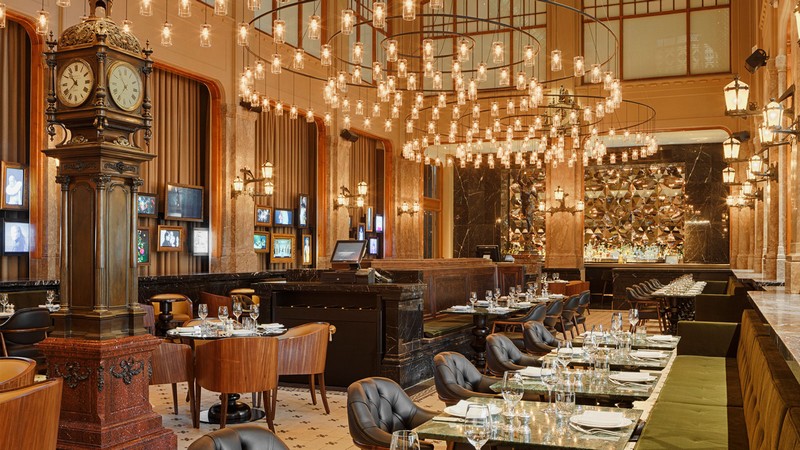 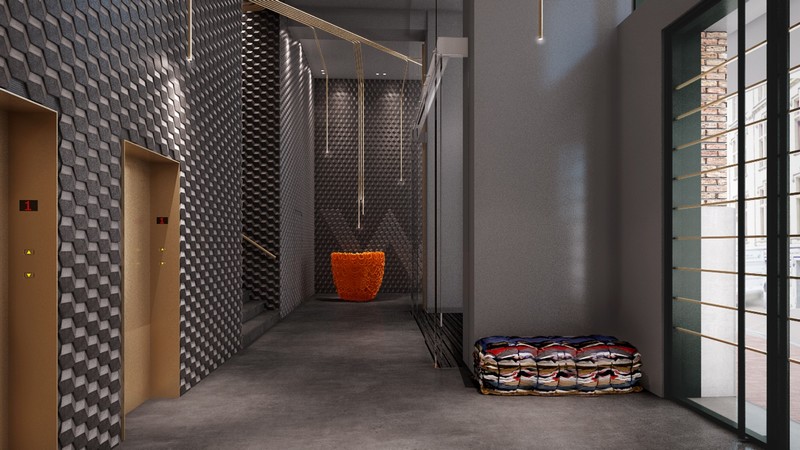 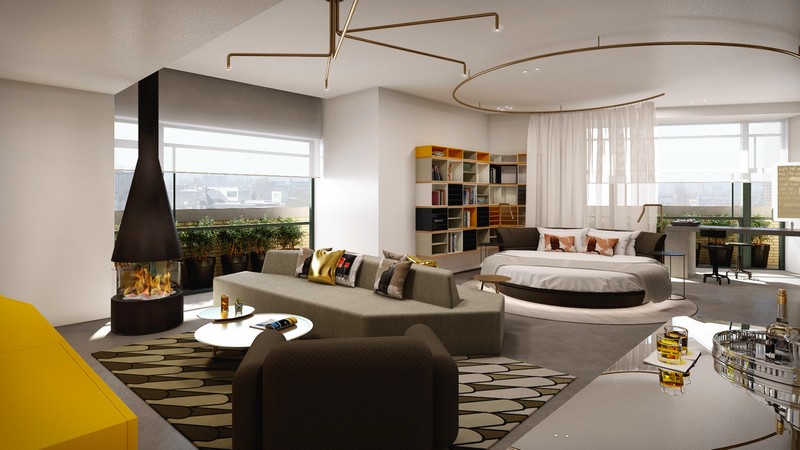 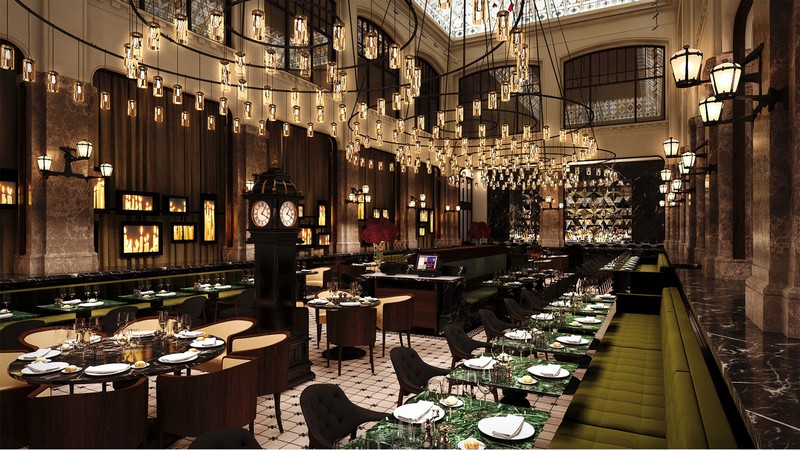 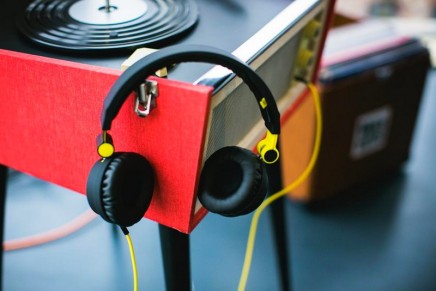 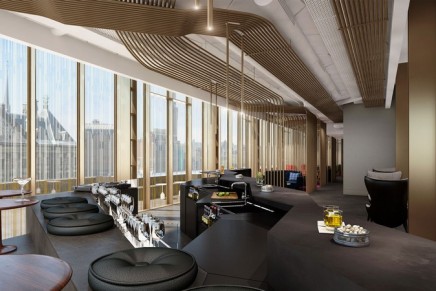 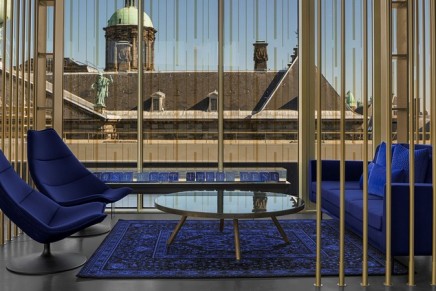 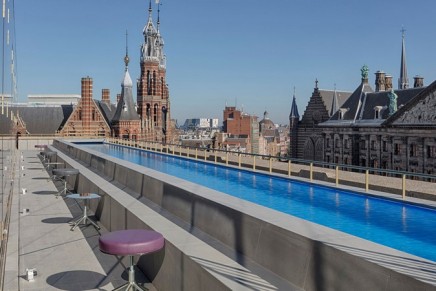 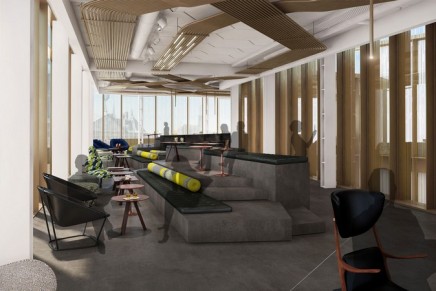 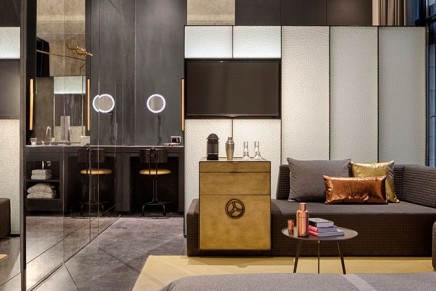 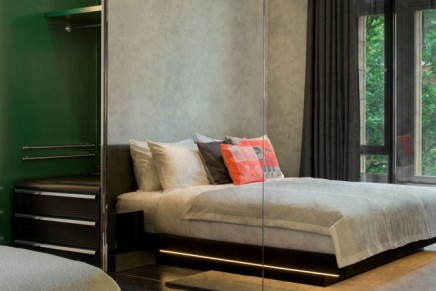 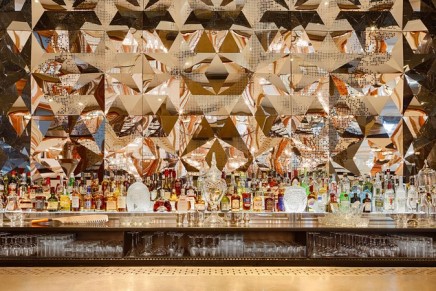 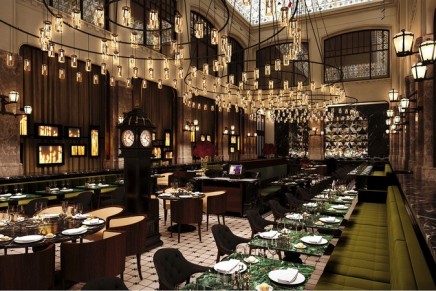 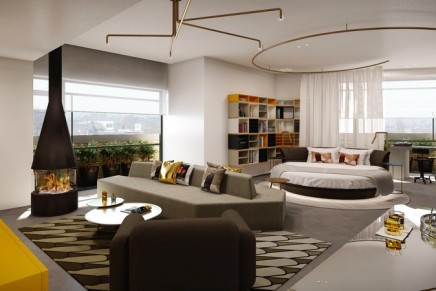 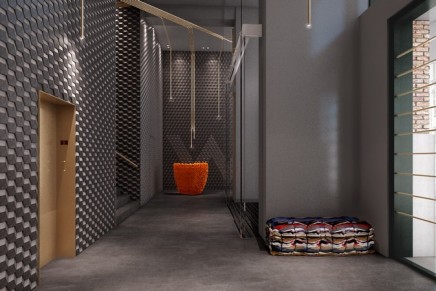 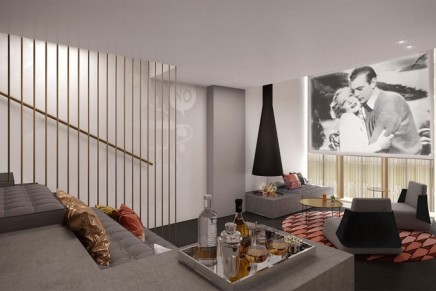 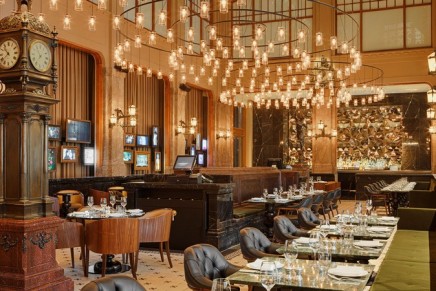 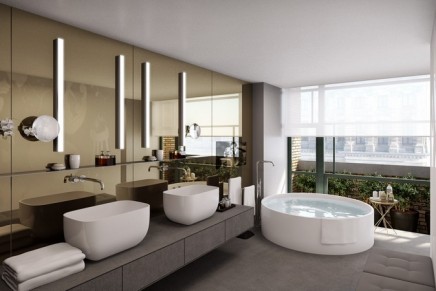 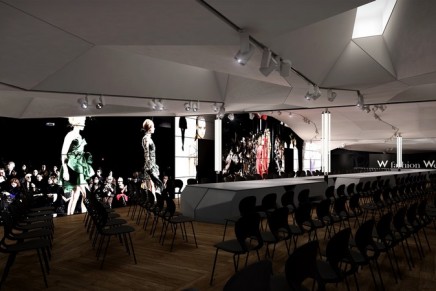