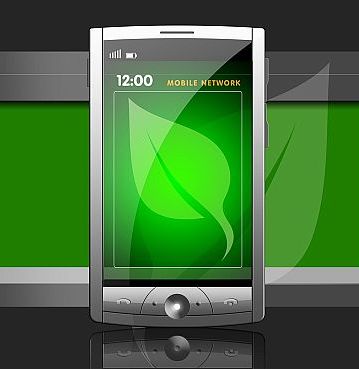 Can you remember life without a cellphone? In the late 1990s, only one in five Americans had one. Today, there are 102 active mobile phones or connected tablets for every 100 Americans, according to CTIA, The Wireless Association.

This is a problem for the cellphone industry. Now that the industry has sold a phone or tablet to just about everyone in the US, the challenge is to sell more of them, more often, by persuading people to get rid of the perfectly good ones they now possess and upgrade to the new new thing.

It’s a classic example of consumerism run amok. Surely you’ve seen the marketing, which has exploded in recent months on TV and online.

“Two years is too long to wait for a new phone!” says T-Mobile, which recently introducing a replacement program called Jump! “Upgrade to the phone you want twice every 12 months, not once every two years.”

“Technology doesn’t wait. Neither should you,” advises AT&T. Its new offering, called Next, “can get you a new device every year with no down payment, no upgrade fee, no finance fee and no activation fee”.

Not to be outdone, Verizon Edge lets customers in good standing upgrade every six months.

This is not merely unsustainable. It’s nutty. Really, do we need another cell phone every six or 12 months? To ask the question is to answer it.

This is not just about cellphones, of course. It’s an issue for any company that seeks growth. For some consumer-products companies, the solution has been to speed up the cycle of buy it, use it, throw it away and replace it. Fast fashion has become so cheap it isn’t worth bringing back to the store if it doesn’t fit. The appliance repair shop and the TV repairman – familiar figures in the 1950s and 1960s – are all but extinct. The phrase “durable goods” is nearly an oxymoron.

Nor is this a new problem. For decades, companies have been trying to figure out how get consumers to buy more than they need. Back in 1955, economist Victor Lebow wrote in the Journal of Retailing:

Our enormously productive economy demands that we make consumption our way of life, that we convert the buying and use of goods into rituals, that we seek our spiritual satisfactions – and our ego satisfactions – in consumption. The measure of social status, of social acceptance, of prestige, is now to be found in our consumptive patterns. We need things consumed, burned up, worn out, replaced and discarded at an ever increasing pace.

It will come as no surprise that T-Mobile, AT&T and Verizon all proclaim their commitment to “sustainability”. AT&T, for example, recently said it would encourage its customers to “skip the bag” when buying from its stores and would donate 10 cents to The Nature Conservancy for each bag its customers choose to forego. The company said: “As we work to make our own operations at AT&T more sustainable, we also want to empower our customers to live more sustainably.” OK, but there’s nothing sustainable about accelerating the upgrade cycle for cellphones.

Consider this: the EPA estimates that approximately 152m mobile devices were discarded – while just 17.4m were recycled – in 2010, the most recent year for which data is available. Back then, the standard wait for a cellphone upgrade was two years. More frequent upgrades mean more energy and materials will be needed to make new phones – and more waste will be generated.

The wireless industry’s business model – under which carriers subsidize new devices in exchange for long-term service contracts – encourages rapid turnover, given that few consumers directly pay the 9 to 9 retail price for an iPhone 5 or 8 for an unlocked Samsung Galaxy S IV. If it were easier to unlock and trade phones, a more robust secondary market for used phones would ensure that fewer devices would sit unused in drawers or, worse, end up in landfills.

So what, if anything, is to be done? Can companies be expected to address this problem? Or is it up to consumers? I sought guidance from Barbara Kyle of the Electronics TakeBack Coalition and Dave Gardner, who produced and directed a film called GrowthBusters.

Kyle told me the key is more sustainable product design so that cellphones can more easily be repaired, reused and recycled, as well a more aggressive effort by companies to recapture and recycle old ones. As it happens, she said, design appears to be moving in the wrong direction – thinner phones are harder to open and repair, and tend to be held together with glue, not screws, making them more difficult to disassemble.

Nor does the industry do all it can to promote recycling. Imagine, Kyle said, if after selling a customer a new phone, all the wireless carriers sent text messages afterward offering discounts on the monthly bill and a free, downloadable mailing label to return the old one. All the carriers now offer trade-in programs in their stories, but recycling rates remain surprisingly low – roughly 10%. Sprint, for now, seems to be generating the most trade-ins, a topic to which I’ll return in a future column.

Gardner agrees that companies need to think differently about design. “The next great thing might be very well be a product that can be upgraded with firmware, instead of throwing a bunch of electronics away and starting over,” he told me. But he says that consumer attitudes could change, too, so that people might again value the idea of durability.

Maybe, he said, someone should start a website where people can post photos of their TV sets, microwaves or cell phones and brag about how old they are. Maybe people who are unemployed or underemployed could be trained to repair things. And maybe, he said, “the next brilliant innovative brand or product will be the one that figures out a way to make obsolescence obsolete.”