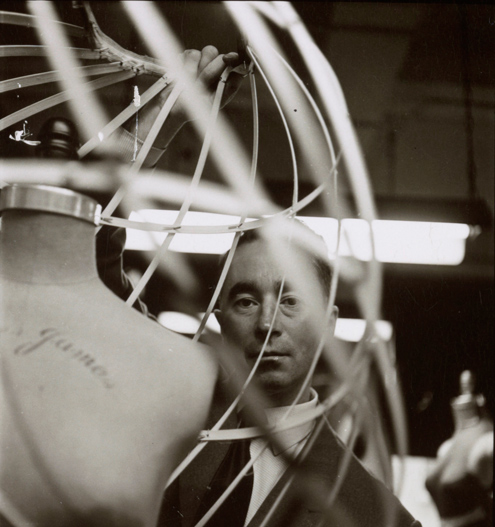 It may be more than 50 years since his retirement from the world of fashion design, and indeed 36 years since his death, but 2014 is shaping up to be quite a year for Charles James.

Harvey Weinstein has confirmed rumours that he has “agreed to license, with an option to buy, luxury fashion brand Charles James from the iconic designer’s estate”. The film producer and co-founder of Miramax Films released a statement saying: “Charles James was one of the most incredible couturiers in the history of fashion and this label deserves to be a household name in the same ranks as Chanel, Dior and Oscar de la Renta. There isn’t a single designer in high fashion who wouldn’t name him as a major influence. We are beyond thrilled to be spearheading the revival of this brand and bringing it back to the world’s finest retailers.”

Weinstein’s licensing of the James name was confirmed in the same week that an exhibition honouring the American designer’s work was unveiled at the New York Metropolitan Museum. Rumours of the deal began shortly after the annual Met Ball in New York on Monday, where stars including Charlize Theron and Beyoncé dressed according to a “white tie and decorations” theme inspired by James. The designer, chosen by American Vogue editor-in-chief Anna Wintour to be the first on exhibition at the Met’s new costume centre bearing her name (it was previously called the Costume Institute), is far from a household name, despite being widely regarded in fashion circles as “America’s first courturier”. As Judith Thurman wrote in the New Yorker: “His name draws a blank outside the fashion world, although Christian Dior called him ‘the greatest talent of my generation,’ and Balenciaga, a miser with his enthusiasms, considered James ‘the only one in the world who has raised dressmaking from an applied art to a pure art.'”

A revival of the brand under Weinstein’s ownership will be guided by Georgina Chapman, the co-founder of the high-end womenswear label Marchesa, who married Weinstein in 2007. She will become the creative consultant for Charles James. It has not been confirmed who will design for the brand. Previously, Weinstein was involved in a buyout of Halston, the label once synonymous with 70s New York glamour, but the brand failed to enjoy a significant rebirth and Weinstein ended his involvement in 2011. With Charles James, however, Weinstein and Chapman have a chance to tap into the growing and profitable allure of red-carpet fashion at a time when the designer’s name is attached to the biggest fashion party of the year. Following on from the Met Ball extravagazna, the Charles James: Beyond Fashion exhibition will travel, a spokesperson for Weinstein confirmed to the Guardian.

“Charles James’ designs and gowns took everyone’s breath away at the Met Ball,” Chapman said. “He’s long been an inspiration to me and everyone at Marchesa. We’re thrilled to help bring the Met exhibit to museums around the country and to bring the spirit and style of Charles James back into the fashion marketplace.”

• Charles James: Beyond Fashion – in pictures