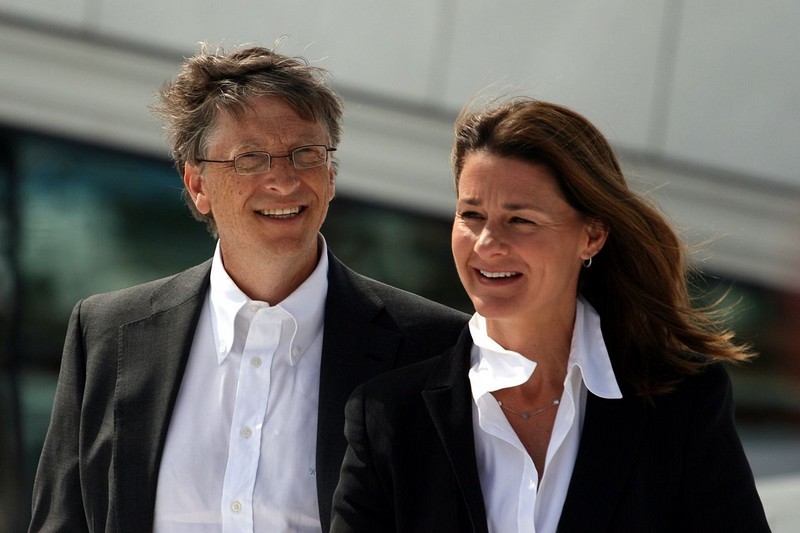 The are 24 hours in a day…but this means nothing if you don’t know how to use it. Each of these 10 couples form a successuful team and climb the mountains together looking in the same direction.

Bill and Melinda Gates claimed the top spot on a Wealth-X list of the world’s wealthiest couples, with a combined net worth of US$85.7 billion.

Bill Gates, who co-founded Microsoft in 1975, married Melinda, a Microsoft employee, in 1994. The couple have two daughters and one son. In 2000, they set up the Bill & Melinda Gates Foundation, which gives primarily to agricultural development, health, educational and other social causes. In 2010, the couple joined billionaire investor Warren Buffett to form the Giving Pledge – a campaign to spur the world’s wealthiest individuals to commit the majority of their wealth to philanthropy.

Spanish retail tycoon Amancio Ortega Gaona and his second wife, Flora Perez, took the number two spot on the Wealth-X list with a combined net worth of US$70.7 billion. Ortega married Flora in 2001, and she currently serves as the vice president of the Amancio Ortega Foundation. Ortega has three children – two from his first marriage, and one with Perez.

The youngest couple on the Wealth-X list is Facebook co-founder Mark Zuckerberg (31 years old) and Priscilla Chan (30 years old). They boast a combined net worth of US$38.5 billion. The couple met at Harvard in 2004 and were married in a low-key, simple wedding ceremony in their Palo Alto home in 2012.

It’s great what you can accomplish if You do not care who gets the credit. Take a look at the world’s top 10 wealthiest couples: