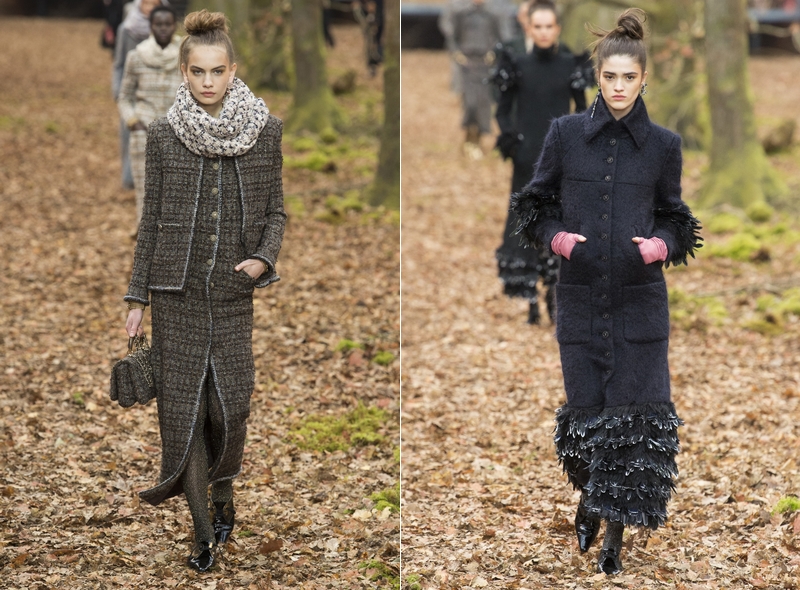 Whether it’s from Chanel or your local chemist: a hair clip is the season’s most appealing accessory

Sometimes a trend comes along that is reassuringly familiar, something everyone can get on board with. For autumn/winter 2018, that’s hair clips. While barrettes have been making their way back on to catwalks for a couple of seasons (hello, Ashley Williams and Simone Rocha), AW18 owns the claw, butterfly and comb variety. Think of the kind found on those often overlooked racks in your local chemist. At the shows, Alexander Wang had hair stylist Guido Palau slick back models’ hair into metallic banana claws stamped with the designer’s logo, while Prabal Gurung revived the comb hairband, pulling back models’ hair in a zigzag line. New talent Faustine Steinmetz also went all out. Her models wore embellished slides, brown combs, tortoiseshell clasps and butterfly grips, sometimes all at once.

The appeal of this trend is twofold: first, the popular 90s nostalgia it evokes. Jennifer Aniston and the Olsens were partial to a plastic clip and, like chokers and tiny sunglasses before them, they’re instantly synonymous with the decade. Second, chemist clips are simple, fuss-free, yet spell cool in a second. Think of it as a style prescription.

You’ve probably worn one at some stage, whether to the gym, work or when doing a spot of DIY. Favoured by busy women on TV from Carrie Bradshaw in Sex and the City to Kat Edison in The Bold Type, it’s the easiest way to look pulled together when you have no time at all. But this season the topknot has fashion approval. The majority of the 81 models at the Chanel show wore topknots, adding a grown-up, purposeful vibe to a catwalk that cast models as very chic dog walkers, striding through autumn leaves against a backdrop of real trees.

How to achieve the look? Sweep your hair into a high ponytail on the crown of your head using a paddle brush. Then wrap the ponytail around into a bun, securing it with a bobby pin. The height of the bun – from nape of neck to crown of the head – will dictate whether you look chilled out or slick. In busy people semantics, high on your head is hair code for “don’t mess”, while nape is more “errands on a weekend, brunch afterwards”. And the best bit? We estimate it will require around one minute, 20 seconds of your morning routine.

Sportswear on the catwalk is not new, but there are nuances that keep it fresh, so the sight of hiking boots is worth noting. At House of Holland they were thuggish, black and spiked; at Prada subtler, with toggles attached to insteps. At Gucci they were both ugly and beautiful, had jewel straps and – whisper it – bordered on the practical. But best not to traverse the Alps in a pair.

On your own head be it

What to make of the fact that balaclavas are having a fashion moment? Named after the town where British troops wore the knitted headgear to protect them from the cold during the Crimean war, they have moved away from the military, or the more modern associations of B-movie heists, to the catwalk. Most models at Calvin Klein’s show wore a balaclava, some of which had a homespun vibe that resembled the kind of knitwear your great aunt might give you for Christmas. At Richard Quinn, meanwhile, the balaclava had an appointment with the Queen. The young British designer, who had Her Majesty in the flesh front row at his London fashion week show, had models wearing floral dresses, some of their faces covered in matching floral balaclavas. Think of it as a club kid-meets-Balmoral look. And feel free to adopt it when you don’t feel like facing the world.