Beautiful jewellery has its own unique story of creation. Whether it’s gold, silver, or diamonds, there’s a chronology and a mythology that follows it everywhere it goes. Pearl jewellery has its own story that gives it value beyond limitations and a majesty that has made it through the decades. Pearls are created with such careful precision and are so rare to discover, that they make for some of the most revered pieces ever created. 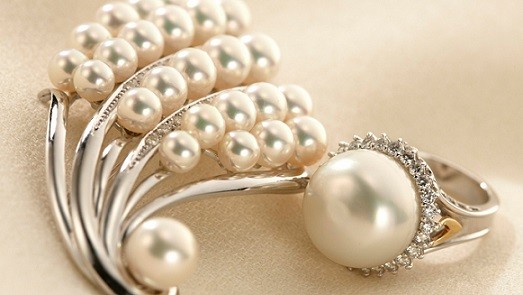 Mantolin also incorporate other precious stones into their pieces, to create a beautiful range of fashion jewellery that combines traditional elegance with new and trendy designs.

Freshwater pearls are different from other types of pearls, such as the saltwater variety, as they are exclusively found in rivers and lakes. They are generally found in hot climates, but can also be formed in colder climates such as Scotland. Japan was the first country to cultivate freshwater pearls, but today most are found from mussels in China, which produces over 1,500 tons of freshwater pearls per year.

Pearls are created through various methods, and come in a variety of different types. Where the pearls are found and how they are created drastically changes their appearance, as the colour and overall shine is affected by the amount of layers reflecting the light.

Pearls are naturally created by molluscs, generally oysters and mussels, who create a lining of pearls with their shells as a defence mechanism against predators. Other species of mollusc do have the ability to produce pearls, but they rarely do, and when they do the pearls are often unattractive and weak in structure. The different types of pearls are found in different types of environment. Lakes, rivers, ponds, and vast bodies of water found in oceans are all farmed for pearls.

In the late 19th century, hunting for pearls was an extremely perilous activity, and the jewels were even rarer than they are today. Divers were often sent over 100 feet underwater without an oxygen supply in order to retrieve the pearls, and the chances were very slim that they would discover any at all when they descended.

Modern day advances in pearl farming has meant that humans can now encourage the growth of cultured pearls within molluscs, leading to the creation of large pearl farms in places such as China, the United States of America and Australia. The process of encouraging growth is done by transplanting tissue matter from donor shells into the shells of other molluscs, which leads to the forming of pearl sacs, and subsequent pearl growth.

The rarity of pearls of any type has lead to the rise of imitation pearls. Despite appearing nearly identical to genuine pearls, imitations can easily be discovered for their lack of weight and weak structure, which leads any jewellery created with imitation pearls to appear dim and therefore lose its value over time. 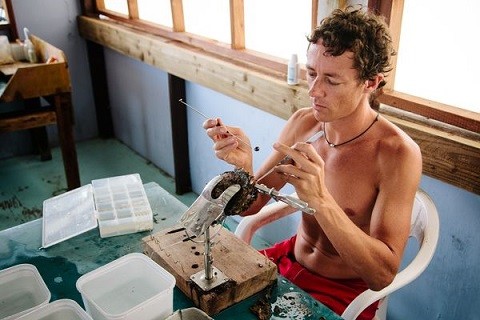 With a long, adventurous journey across the seas, and a rarity like no other, pearls have more than earned their place alongside the rest of the world’s beautiful jewels, and it’s no wonder that pearl jewellery is loved the world over by the beautiful and the elegant.