Formula 1 announced the opening eight races of the 2020 calendar following the postponement of the 2020 FIA Formula 1 World Championship due to the global COVID-19 pandemic. The calendar has been approved by the FIA. 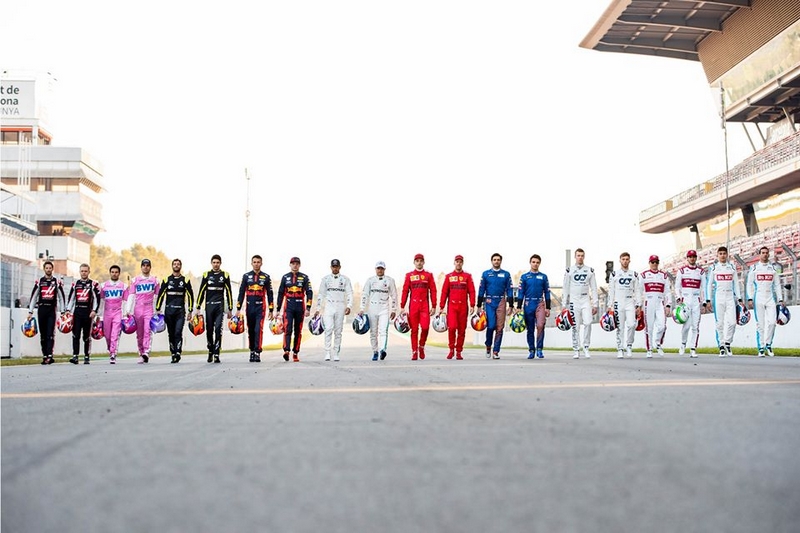 The opening calendar will include holding two consecutive events at the same circuit one week apart as well as a number of back to back events.

The 2020 Formula 1 season will re-start on 5 July, with the FORMULA 1 ROLEX GROSSER PREIS VON ÖSTERREICH, the Austrian Grand Prix, being held at the Red Bull Ring circuit.

Planning this revised calendar has involved a great deal of work with FOM, FIA, the promoters and all the teams. The main priority has been the health and safety of everyone who will attend the races.

“Over the past two months Formula 1 has been working closely with all partners, authorities, the FIA and the ten teams to create a revised calendar that will allow a return to racing in a way that is safe for the communities we visit and the entire Formula 1 community,” said Formula 1 in a statement. “We have now completed the agreements with our promoters, and are able to publish the opening 2020 schedule that will begin in Austria on 3-5 July. Due to the ongoing fluidity of the COVID-19 situation internationally, we will be finalising the details of the wider calendar and hope to publish that in the coming weeks with an expectation of having a total of 15-18 races before we complete our season in December.”

The Italian Formula One racing team and constructor Scuderia AlphaTauri announced that it is “delighted” that its parent company Red Bull will host this unique season relaunch with two races on consecutive weekends at our home track.

“It’s fantastic to go racing again, as it will be the first race for our new Scuderia Alphatauri colours,” said Franz Tost, an F1 Manager and within the Scuderia Toro Rosso he takes on the role of Team Principal.

“We all are more than excited that it takes place at the Red Bull Ring in this wonderful part of Austria. A big THANK YOU to Dietrich Mateschitz and Red Bull for hosting Formula 1 in Spielberg, to enable Formula 1 to start the season, and to get back to work. It took a lot of time and effort to receive the approval from the Government. This is also the result of the negotiations Dr. Marko started with the authorities’ several weeks ago.”

“Of course the atmosphere will be strange and it is a shame that no spectators can attend, but this is an important first step on getting Formula 1 back to normal as soon as possible,” added the current team principal of the Scuderia AlphaTauri Formula One team.

After the Austrian GP and the following weekend’s FORMULA 1 PIRELLI GROSSER PREIS DER STEIERMARK, the teams will make the short trip to the Hungaroring on the outskirts of Budapest, for the third round, the Hungarian Grand Prix on 19 July. August will also feature a triple header with two races at Silverstone and then from there a long drive to Barcelona and the Spanish GP. The European leg of the championship will close with two iconic events, the Belgian Grand Prix at Spa- Francorchamps on 30 August and our home race, the Italian Grand Prix at Monza on 6 September.

The revised opening 2020 calendar is as follows:

Formula 1 and 8JS have joined forces to create a new premium menswear & womenswear co-branded range to celebrate the 70th anniversary of Formula 1, the pinnacle of motorsport. The capsule collection includes t-shirts, polo shirts, sweatshirts and jackets, and capture the essence and DNA of the golden era of the sport, whilst creating a collection focused on the future of the sport and celebrating what’s to come.

Created by Sacha Prost, son of four-time world champion Alain Prost and his sister-in-law Delphine Prost, the 8JS’ fashion line is about two families, two worlds and two organisations sharing their vision, ideas and heritage to create a tangible legacy.

“We are honoured to become an official licensee of the championship that has had us dreaming since day 1. Motor racing and Formula 1 make an important part of 8JS´ DNA. It is because of the love we give this sport that we decided to create a brand entirely dedicated to carrying its values over into fashion,” said Sacha Prost, Co-founder, 8Js in the official statement. 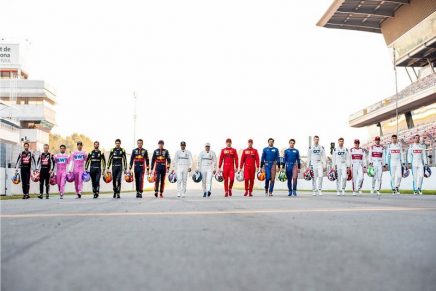 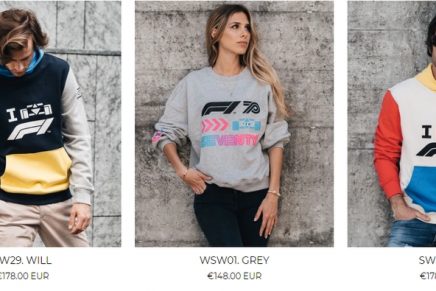