While Formula One visually appears to be many, many miles away from the cars we use on the roads, under the surface, there are some very important links – which are helping shape the future of powertrains and automotive technology. 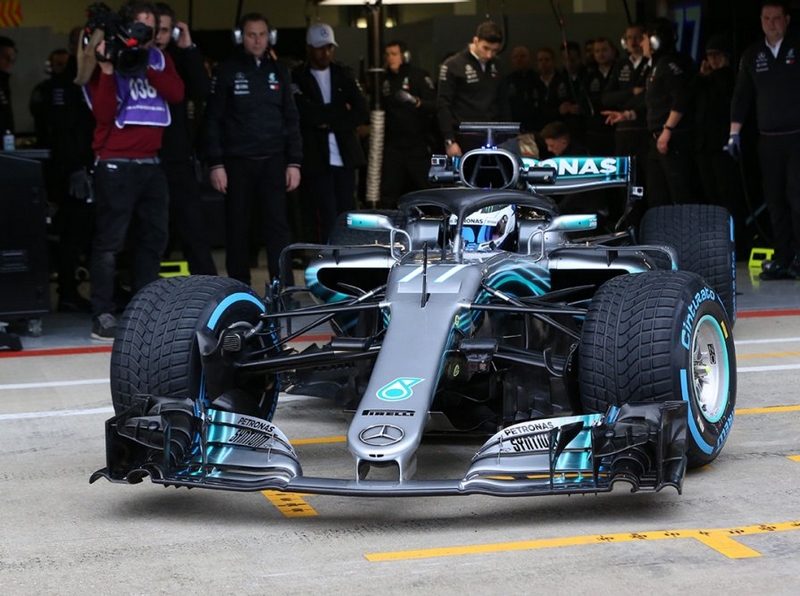 This article titled “Ferrari ask FIA for ruling on new steering in Mercedes F1 cars” was written by Giles Richards, for The Guardian on Friday 21st February 2020 18.23 UTC

Ferrari are to ask the FIA to clarify its position on the legality of the controversial steering system developed by Mercedes.

Mercedes are confident dual axis steering is within the regulations, having sought official approval during its development. However the FIA race director, Michael Masi, confirmed on Friday that the system would be banned under regulations to be imposed in 2021.

Ferrari said if DAS is declared legal they will not be able to develop their version until at least halfway through the season, giving Mercedes a crucial advantage should the system make a substantial difference in lap times.

During the first session of testing in Barcelona on Thursday Lewis Hamilton adjusted the toe-angle of his front wheels by shifting the steering wheel forwards and backwards. DAS is believed to reduce drag on straights and allow an improved set up for corner entry.

The device has taken Mercedes’ F1 rivals by surprise. The Ferrari’ chief, Mattia Binotto, said his team had not considered developing such a system and they would look to the FIA to adjudge on its legality.

“We are not discussing with the FIA yet but we will do for clarification,” he said. “It is important for us to understand but we will not challenge the FIA on their decision.”

The team’s sporting director Laurent Mekies, confirmed that he expected the FIA to examine the device. “We know very little about it,” he said. “We expect that the FIA will be a lot more interested than us in dealing with it. We completely rely on the FIA to assess if the system is compliant or not.”

Mercedes have been diligent in ensuring FIA approval thus far and it seems likely the governing body’s knowledge of the system led them to ensure the loophole is closed in 2021.

Binotto conceded that for Ferrari to develop a comparable system would take months. “It will certainly be longer than the first grand prix in Melbourne [on 15 March],” he said. “It is a first-concept design, production, homologation, it has to be safe. If it is to be made it can’t be before mid-season.”

Valtteri Bottas said Mercedes had begun work on their DAS almost a year ago. The FIA’s position appears to be that the system is legal because it alters only the steering angle of the front wheels. Ferrari’s clarification may be based on the argument that changing the toe-angle changes the front suspension which is illegal. That the FIA has ensured that the system could not be used in 2021 suggests it acknowledges it is legal this season. However, given that it will be banned, costly and time-consuming development by another team in 2020 would be of extremely limited use.

After three days of testing Mercedes look remarkably strong. They completed 493 laps during which Bottas set the fastest time of 1min 15.732sec.

Ferrari suffered some technical problems including an engine problem that cost them time on Friday. They managed 354 laps and Binotto said they were not yet able to match Mercedes for pace. Red Bull were optimistic they had delivered the strong start to the season they wanted after completing 471 laps.