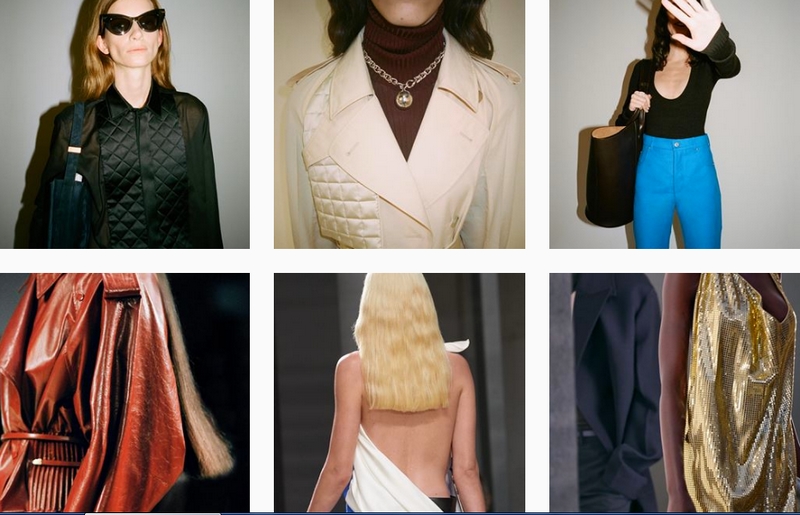 Milan, Italy’s capital of cool, has laid claim to all manner of personalities over the decades: from the 19th-century author Alessandro Manzoni to the former prime minister and media tycoon Silvio Berlusconi. But yesterday, in a frenzy of excitement culminating in a late-afternoon appointment at a former ice rink, the city swooned over a rather more unlikely target: the fashion world’s “boy wonder” from Bradford.

Daniel Lee, who took over the 54-year-old luxury Italian brand in the summer of 2018, unveiled Bottega Veneta’s latest collection in front of a Milan fashion week audience which included musician Dev Hynes and Hollywood star Sigourney Weaver. The clothes had a sculptural feel, with wide sleeves on trenchcoats, fringing and sequin dresses, but there was a definite focus on items that, budget permitting, could be worn easily – suits, knitted dresses, flat boots and XXXL bags.

Backstage, creative director Lee said the look was “about things that allow you to be very elegant and done up, but at the same time very comfortable.” Weaver, congratulating Lee, called it “spectacular”.

Lee, who previously worked at Celine under the designer Phoebe Philo, has – like Philo – quickly created a zealous cult around his designs.

At December’s British Fashion Awards he won four, prompting Harper’s Bazaar to name him fashion’s “boy wonder”. Celebrities including Hailey Baldwin, Kim Kardashian and Rihanna love his designs, and both Burna Boy and Neneh Cherry wore them to the Brit Awards last week. Under the 34-year-old, sales rose 2.2% in 2019 to close to £1bn, with sales in the fourth quarter up 9.9%.

What’s behind the Lee effect? The clothes have a mix of quiet 1990s-influenced minimalism and louche sex appeal that chimes with what luxury customers want after the brights and logos of streetwear. But Bottega Veneta, founded in 1966, has always focused on leather, and much of Lee’s success can be put down to a series of hit, waiting-list-worthy accessories that take this heritage and remix it.

Hit designs include the sought-after Pouch (priced about £1,760), a ruched leather clutch partly based on a bag that Lauren Hutton carried in 1980’s American Gigolo; mules (£570) and flat shoes using the brand’s plaited leather known as intrecciato; and the Cassette bag, which blows up the intrecciato on a boxy shape. “It’s currently sold out in all colours,” says Elizabeth von der Goltz, global buying director of Net-A-Porter. “We can hardly keep any stock in and whenever we have an upload we sell out.” The pouch is the brand’s bestselling style ever.

If Tomas Maier, the previous creative director, appealed to a traditional luxury customer, Lee’s Bottega Veneta has successfully cut through to his own millennial generation. This is partly through an awareness of the power of social media. All of his designs are photogenic – either worn or snapped alone. Speaking to The Business of Fashion website about the Pouch, Lee said “this bag had a tactile, soft, sensual, very photogenic aspect to it … and obviously objects that photograph well work today when the internet is such an important tool.”

Gabriel Waller, who sources sought-after designs for celebrity clients through her Instagram account @gabwallerdotcom, says Bottega Veneta is by far her most requested brand: “I have never witnessed or experienced this level of demand before.” She puts this down to the fact that designs are “instantly recognisable – we all know exactly what a Bottega Veneta design looks like if we are simply walking down the street.”

And it’s not just the celebrity spots that demonstrate the maison’s reach in the age of social media. There are also fan accounts. Fashion student Laura Rossi began the Instagram account @newbottega, which now counts more than 200,000 followers, just after Lee’s first show last February. The idea was to “create a little place where we [fans of the brand] could obsess over it”.

“I love how fashion and social media combined can bring people together from all over the world,” says Rossi.

Even those who might not follow fan accounts are seeing an effect of Lee’s designs on their wardrobe. Von der Goltz says other brands have the clutch now, and the square-toed mules are influencing “multiple footwear categories by multiple brands”.

This is true beyond the luxury sector. Shoes at Topshop and Zara both have the feel of a Lee design. But will it continue? Rossi thinks so. “As long as they keep reworking the brand’s codes the way they have so far, I think there will always be something to be excited about.”