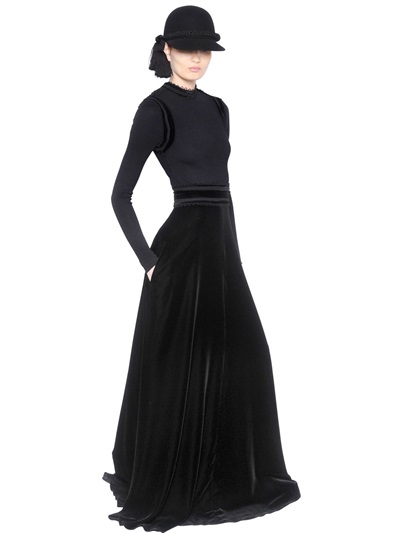 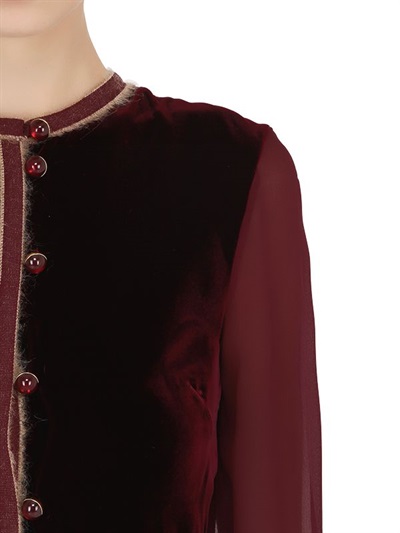 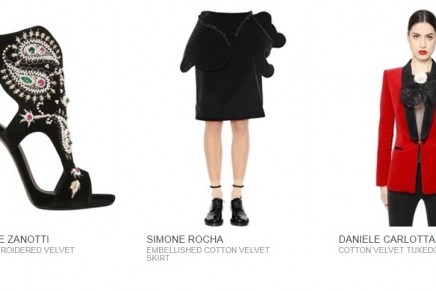 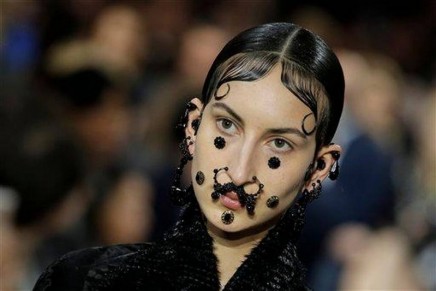 This article titled “Forget the LBD: why you need a little velvet dress this season” was written by Lauren Cochrane, for theguardian.com on Friday 27th November 2015 11.31 UTC

Be prepared for some inappropriate stroking from strangers this winter – velvet, that most touchable of fabrics, is back in fashion.

There are many versions of velvet you might want to expunge from your mind at this point: Judy Dench in something from Hampstead Bazaar, say; the woman in the Scottish Widows adverts; Shirley Temple in The Little Princess. Velvet now isn’t arty, grand or princessy. It’s just chic.

Look to the Christopher Kane catwalk. The headlines for the London fashion week designer’s autumn/winter collection were all about blush-worthy lace, but the velvet pieces had a glamour beyond what’s only really appropriate for FKA Twigs and friends. See dresses of shot velvet with the swoosh of silk and a velvet trouser suit that caused fashion editors to collectively swoon.

If last year it was all about velvet tailoring, it’s the LVD – the Little Velvet Dress – that you want to pay attention to now. Kane’s examples were supplemented by slouchy black ones at Chloé and ornate devoré at Givenchy, and Galliano’s Margiela had 30s-style frocks, which made even the mardy arm-crossed models look a bit elegant. That’s the thing about velvet. It’s quite grown-up on the whole, and that’s something to be celebrated in a world full of emojis, cat Instagram accounts and dungarees. See Julianne Moore in floor-length velvet on the arm of Kristen Stewart in a velvet suit at Chanel’s couture show (above) in July to get the idea. Double velvet wins.

To get some of that novel thing called sophistication into your wardrobe, the high street has picked up on the trend with pleasing variety. Zara’s black midi dress with art nouveau-ish devoré patterns looks like something Vanessa Bell might wear for a drawing room supper, while Reiss’s midnight blue body-con number is quite Jamie Lee Curtis in Scream Queens at a campus do. H&M and New Look provide crushed options for those who want to channel Sandra Bullock in the 90s but, really, this is one trend where it’s OK to play safe. A simple black velvet dress is route one party dressing in 2015, but there’s no denying it works. Avoid the stroking and you’ll be winning in no time.