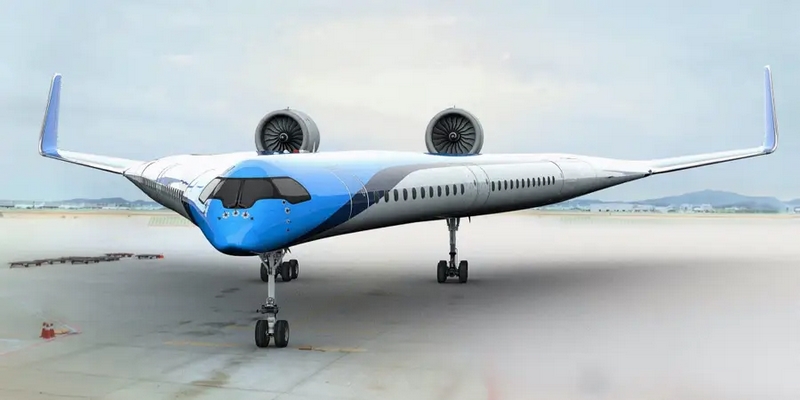 The scale model of the Flying-V – the energy-efficient aircraft of the future – has flown for the first time.
KLM and TU Delft present successful first flight Flying-V flying-wing aircraft.

A year and a half ago Delft University of Technology (TU Delft) and KLM Royal Dutch Airlines announced the start of the design of the Flying-V, a V-shaped plane, during IATA 2019 and after extensive wind tunnel tests and ground tests it was finally ready. The first successful test flight is a fact.

Last month a team of researchers, engineers and a drone pilot from TU Delft traveled to an airbase in Germany for the first test flight.

The Flying-V is a design for a very energy-efficient long-haul aircraft. The design of the aircraft integrates the passenger cabin, cargo hold and fuel tanks in the wings, creating a spectacular V-shape. Computer calculations have predicted that the improved aerodynamic shape and reduced weight of the aircraft will reduce fuel consumption by 20% compared to today’s most advanced aircraft.

KLM presented the scale model for the first time during KLM’s 100th anniversary in October 2019. Several partners are now involved in the project, including manufacturer Airbus.

“You can’t make the aviation sector more sustainable on your own, but you have to do it together,” says Pieter Elbers, President and CEO of  KLM. Collaborating with partners and sharing knowledge takes us all further. That’s why we will further develop the Flying-V concept with all partners. The next step will be to fly the Flying V on sustainable fuel”.

“Though it’s not a full-size prototype, the scaled model proves the aircraft is aerodynamically sound and can fly as designed. It’s now up to KLM  and TU Delft to build a full-size prototype that can hold passengers, an investment that could cost billions in research and development,” commented businessinsider.com. 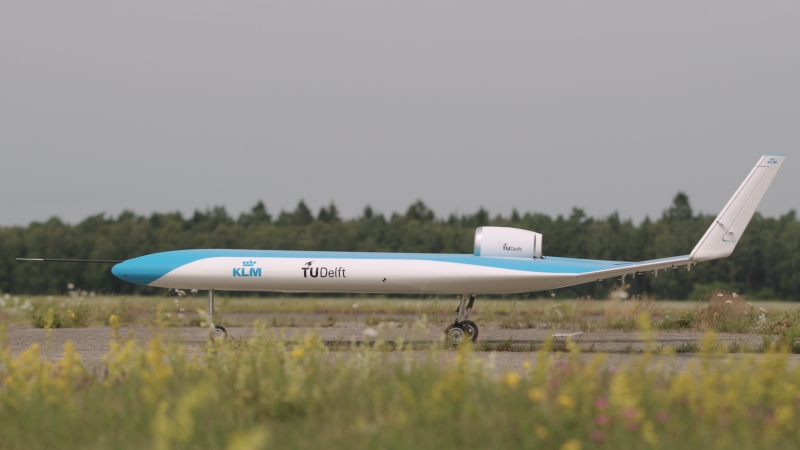 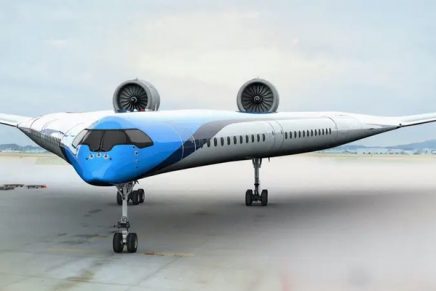