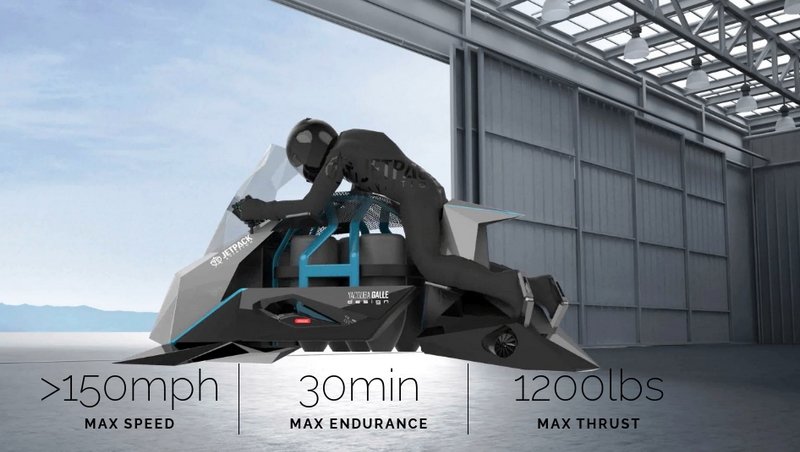 JetPack Aviation‘s Recreational Speeder represents the ultimate in personal transport. It is fully VTOL (vertical take off and landing) capable and can effectively take off from anywhere the size of a small car space. Originally intended only for Military, Government and Commercial clients JPA is also designing a version of the Speeder for the recreational market. It will be lighter than most 125cc motorcycles, fully stabilized and simple to fly.

The recreational Speeder, the world’s first flying motorcycle built by JetPack Aviation, will be the first turbine powered, fully stabilized vertical take off and landing (VTOL) personal aircraft ever built. Being fully stabilized means that minimal pilot training will be required.

It will take off from practically anywhere and will fly at over 150 mph. It will also fly at up to 15,000ft but the builder don’t expect many of our customers to need this.

JetPack Aviation plans to build two versions of the Recreational Speeder: The Ultralight Version and the Experimental Category Version.

The Ultralight Version (UVS) will not require a pilot’s license to operate – all training will be provided by JPA or one of Jet Pack Aviation’s authorized training centers. The Ultralight version will be limited to carrying 5 gallons of fuel and to 60 mph flying speed. The Experimental Version (EVS) will require a private pilot’s licence to fly and will have no fuel or speed restrictions. As the owner/pilot of the EVS Jet Pack Aviation will host you in its manufacturing facility and you will be part of the aircraft completion process. This will satisfy the FAA rules around Experimental aircraft production.

Full training will be provided at the JPA training facility in California where we remain the only FAA authorized jet-VTOL instructors in world. The base price orbitates around $380,000 (personal version, subject to indexed price escalation to delivery date, and options chosen. FOB Los Angeles, CA).

The world’s first flying motorcycle will have also a version to save lives.

This Speeder is jet powered, very fast, very small and can be either piloted or operated fully autonomously. It is hands down the fastest way to get a person or cargo across town especially into or out of a high stakes environment be it military, emergency or disaster.

Compact and powerful, it can take off and land anywhere. Flying requires minimal training because the aircraft can fly itself. In a military environment the Speeder can either be deployed as individual units or swarmed in multiple units.

Use cases include: getting a paramedic to their patient faster, transporting the patient to hospital faster, underway resupply between ships, faster and more cost effectively than a helicopter (and the flight deck does not need to be fully activated), medevac wounded personnel from battlefield to level 2 or 3 aid station, moving equipment or cargo into position where it would be inefficient or too risky to use a helicopter. 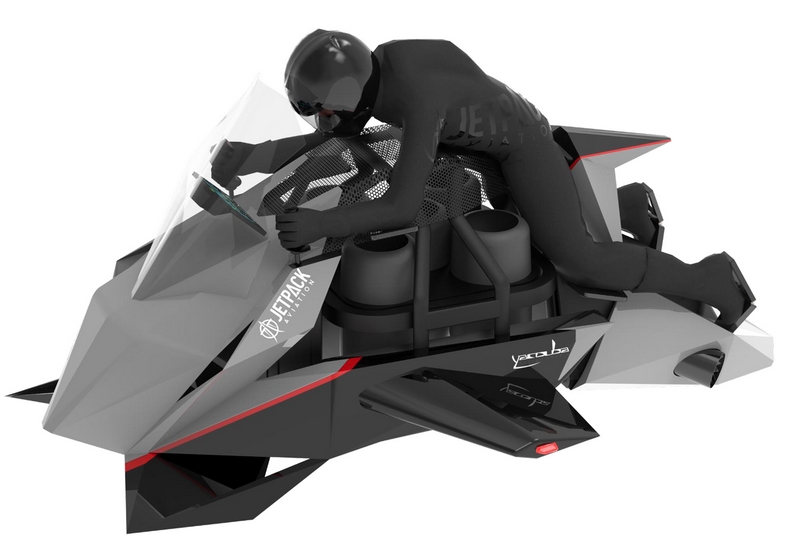 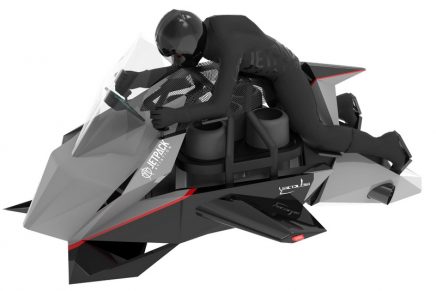 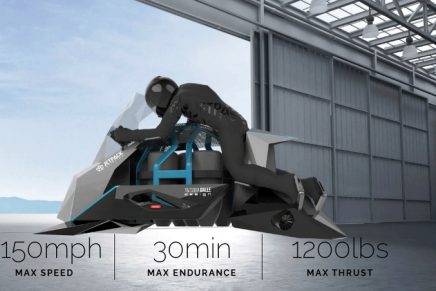 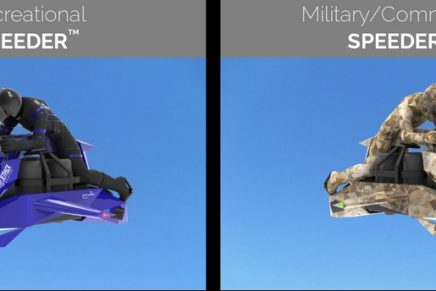