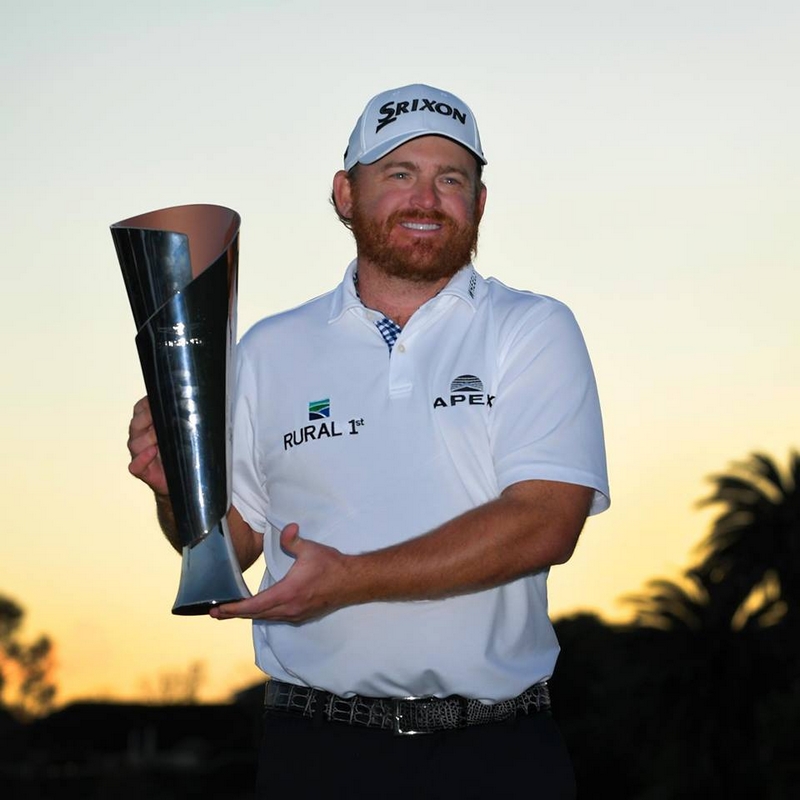 This article titled “Fifty seconds for a one-foot putt: Is slow play killing golf?” was written by Anya Alvarez, for theguardian.com on Wednesday 20th February 2019 10.00 UTC

The video says it all: as JB Holmes paced a 15-foot putt at the Genesis Open, he checked his yardage book thoroughly, presumably looking over notes that he had taken during a practice round. Then he plum bobbed with his putter, stepped away and plum bobbed again, stared down the line of the putt as if he were hunting prey, stood over the ball, then finally hit a shot. Which he missed. It got worse: he then took 50 seconds to hole the one-footer that remained, an age for something even amateurs would consider a tap-in.

Despite Holmes breaking the pace of play rule over and over again during the round – the rule book allows players 40 seconds to take their shot – officials failed to give him a penalty. So it was little wonder the round took five-and-a-half hours, 60 minutes more than the suggested pace of play. Holmes is not the only offender on tour. Jordan Spieth and Bryson DeChambeau have faced criticism for their slow play, and early on in Sergio Garcia’s career he was notorious for standing over the ball for what felt like an eternity.

I hate to watch slow play because it’s painful reminder that I was a serial offender during my professional playing days. I would step over a shot, only to back off three or four times, and take countless practice swings until finally pulling the trigger. My indecisiveness – driven by anxiety – undoubtedly hurt my playing partners. Not until I received a one-stroke penalty for slow play did I start to speed up. On top of that, other players confronted me and told me how problematic it was for them. The LPGA was right to penalize me, and my playing partners were right to vent their frustration.

It appears PGA Tour players are just as frustrated by slow play as their counterparts on the LPGA. Zac Blair wrote on Twitter that Holmes’s play was “ridiculous and … beyond disrespectful to your playing partners and golf in general”. Meanwhile the 2013 Masters champion Adam Scott, who played with Holmes in the final round on Sunday, said sponsors should take action. “The tour is an entertainment business and a big money maker for a lot of people,” Scott said this week. “Until sponsors and TV tell the commissioner you guys play too slow and we’re not putting money up, it’s a waste of time talking about because it’s not going to change.”

The PGA don’t seem too worried: when Miguel Angel Carballo and Brian Campbell were given slow-play penalties in 2017, it was the first such punishment in more than two decades. Penalties and fines should be issued though. Slow golfers simply won’t speed up if they know there are no repercussions. It’s working for Holmes: he won the Genesis Open by one stroke.

But outside of slow play being inconsiderate for fellow players, it is also idiotic when golf’s core audience is literally dying. In 2014, Nielsen noted that 63% of the PGA’s television audience was over the age of 55, while only 12% was younger than 35. Meanwhile, only 25% of the NBA’s audience is 55 or older, and 47% is younger than 35. The PGA Tour has the oldest TV viewership of any sports competition in the US at 64 (the youngest are the NBA and MLS at 42 and 40 respectively). Golf needs to attract more young people, and sitting around watching someone indecisively hit a one-foot putt, or figure out the air density as DeChambeau does regularly, is not exactly going to pull in Generation Z.

Particularly when golf is up against other sports that don’t allow the luxury of practice shots. Can you imagine if basketball players started mimicking their jump shot in the middle of a game, or if an NFL kicker was allowed as long as he wanted to take a field goal ? The crowds would mercilessly boo, and TV viewers would switch off.

Golf doesn’t have much time to figure out a way to draw in a younger audience that is already losing interest in playing and watching the sport. Until the game figures out a way to overcome problems like slow play, one can be sure that more people will tune out, or never tune in at all.