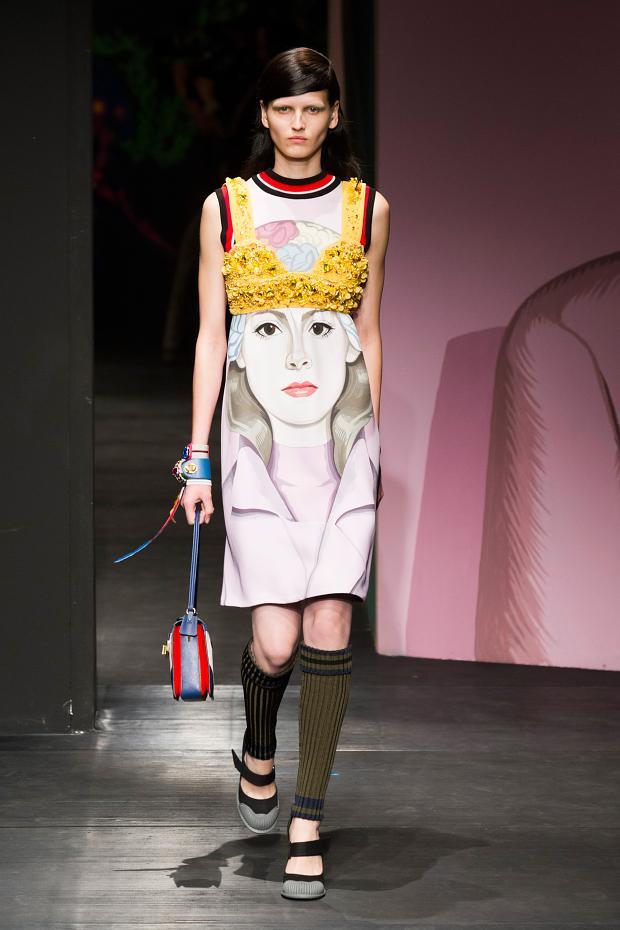 This article titled “Fashion may be expensive – but so is football” was written by Hadley Freeman, for The Guardian on Monday 24th February 2014 15.06 UTC

What is the point of covering the fashion shows in the newspaper? Ninety-nine per cent of readers can’t and won’t buy those ridiculously expensive clothes.

I have been writing about fashion for this paper for 13 years now and far be it for me to correct Woody Allen (except, perhaps, in his convenient assumption that the only reason anyone including Mia Farrow would object to his relationship with Soon Yi is because of the age gap) but I have learned that there are three things which are always certain:

3. Guardian readers complaining about the price, coverage and sometimes the very existence of fashion.

These complaints come in many forms – emails, letters, tweets, below-the-line comments – and I try to reply to all of them. So forgive me, if you have already seen one of my responses to these grievances, and there will be some repetition here. But it seemed worthwhile to address them all in one column.

First, why cover fashion? Few things have surprised me in my job as much as the surprise of some readers that fashion is covered. It’s stupid, they cry! It’s silly, they roar! Nobody cares, they wail! What frustrating lives these people must lead if they think the only subjects that should be covered are ones in which they have an interest. My own interests are exceedingly narrow – 80s films; 90s TV; the novels of Curtis Sittenfeld and Melissa Bank; the essays of David Foster Wallace, David Sedaris and David Rakoff; my dog – but even shallow ol’ me accepts that other people have different interests. Furthermore, these people have as much right to find coverage of their subjects as I do of mine. Yes, I wish there was more coverage of Saved By the Bell in this paper and, yes, I do find it frustrating that valuable newspaper real estate that could be devoted to the greatest hits of AC Slater is instead given over to coverage of unimportant things such as football – but I deal with it, because I know other people are interested in football. So what I’m saying here is: try to develop some empathy and accept not everyone is interested – or uninterested – in the same things as you.

Next, the expense. Yes, some fashion is very expensive – so, incidentally, is football but I have yet to see a single comment beneath a football column bewailing how much Manchester United pays its players every week, or even how much a Chelsea season ticket costs, but that, apparently, is by the bye. Some people are lucky enough to treat themselves occasionally to a bit of high fashion, but that really is not the point of featuring fashion in a newspaper. You see, the difference between fashion coverage in a newspaper and a catalogue is that a newspaper is not telling you to buy the clothes. It is simply showing them. It is no more telling you to buy them than it is telling you to buy the latest iPhone when it covers various Apple launches. It often seems to me that when readers express outrage at high-end clothes being featured in a newspaper (or supplement magazine) what they actually feel is attacked. They think the newspaper is suggesting that they buy the £2,000 Prada coat or the £1,500 Saint Laurent handbag and they think the paper has forgotten its roots and is now only interested in wealthy readers. Dear readers, let me assure you this simply is not the case. High fashion is a big business, and as distasteful as the luxury market might be to some readers’ sensibility, to pretend it doesn’t exist would be like pretending – to return to an earlier analogy – Apple doesn’t exist. Moreover, as I believe I alluded to earlier, a lot of people have an interest in it in a way that has nothing to do with wanting to buy it. It’s like how some people (crazy people) enjoy watching expensive cars go round and round on Top Gear, and they want to know what the latest car models are, but they have no real interest in buying those cars – they just like to look at them. It’s exactly the same thing with fashion shoots and trends. Think of them as being like Top Gear, without Jeremy Clarkson. Yes, some fashion is insanely overpriced, but often the prices reflect the workmanship required to make the clothes and it would be ridiculous for fashion writers (and beauty writers, food writers, travel writers, or anyone, really) to pretend that expensive, nice things don’t exist just because most people can’t afford them. I can’t afford to eat at Heston Blumenthal’s latest restaurant, but I still want Marina O’Loughlin to tell me what it’s like.

Finally, fashion itself. Yes, there are lots of elements of the fashion industry that are disgusting and I have discussed plenty of them over the years: the racism, the ageism, the eating disorders, the elitism. But that does not mean that fashion itself should be scorned and the fact that some people feel so free to do so suggests, as I have said before, strong sexism at play here. Football (yes, I’m going here again) is hardly the most intellectual of pursuits and suffers from many of the same problems as fashion, with added homophobia, but because it is aimed primarily at men, it is seen as an essential pastime. Fashion is aimed primarily at women and therefore dismissed as frivolous.

A final word of advice from my best friend Carol, who told me this years ago and it rings as true as it ever did. You don’t like fashion? You feel attacked by the high prices? Guess what? Not everything is about you, sweetheart.