The “Birds of Paradise” exhibition: feather fans and the art of the plumassier. 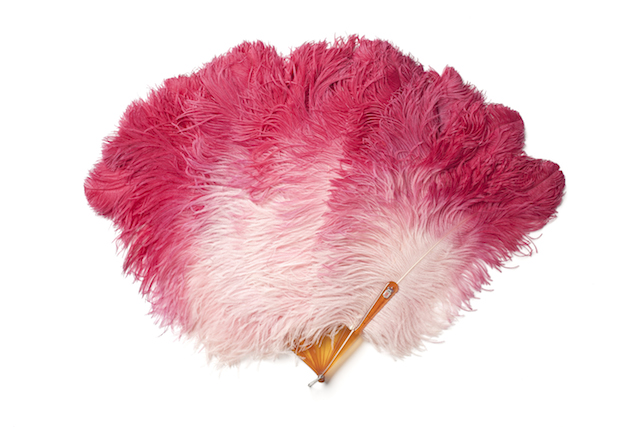 Yves Saint Laurent not only marked the emancipation of women, but also of the feather as a prefect symbol of lightness. Fabulous installations in feathers at the MoMu Fashion Museum Antwerp open the gate to exploring the use of plumes & feathers in fashion. The art of the plumassier is showcased through works from Chanel, Cristóbal Balenciaga, Givenchy, Alexander McQueen, Christian Dior, Nina Ricci, Luis Vuitton, Thierry Mugler, Giambattista Valli, Yves Saint Laurent and Ann Demeulemeester.

The introduction to the exhibition #birdsofparadise is a painting by Melchior d’Hondecoeter, a loan from extensive collection the Koninklijk Museum voor Schone Kunsten Antwerpen. 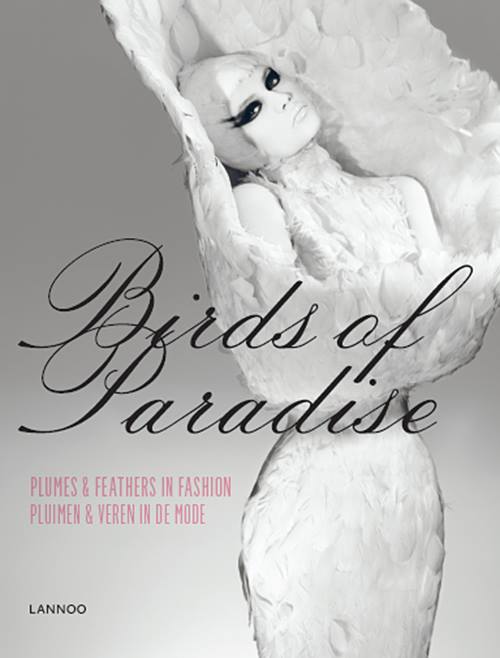 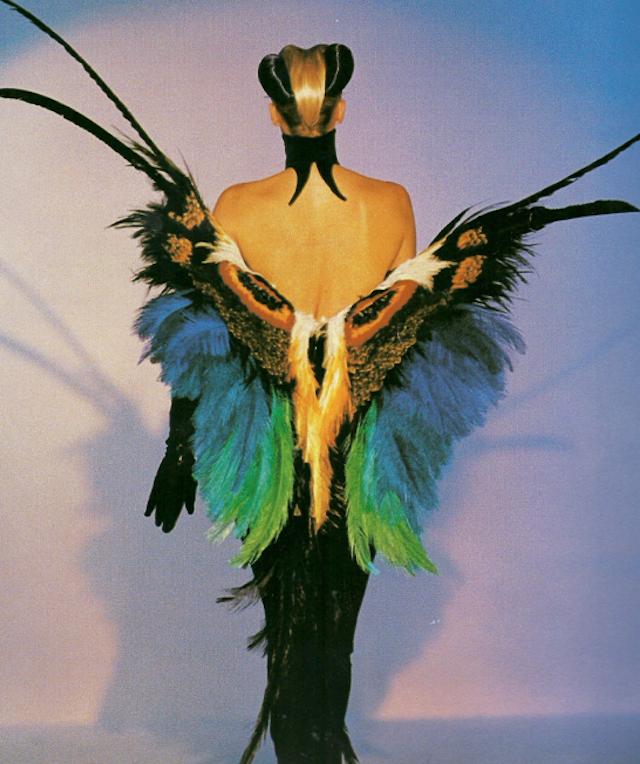 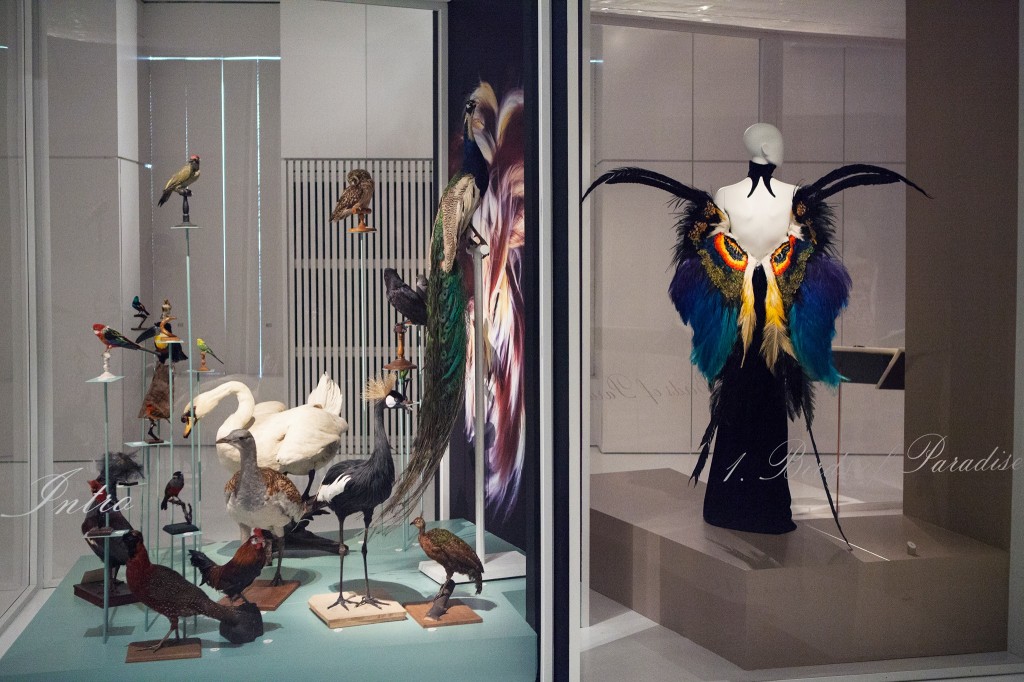 The opening gown of #birdsofparadise is designed by Thierry Mugler. A velvet dress with trompe-l’oeil butterfly pattern in the back cut-out, made by famous Maison Lemarié with peacock feathers, rooster feathers, eagle feathers and feathers from a bird of paradise. The gown is called Métamorphose d’une chrysalids en femme papillon and was shown by model Simonetta Gianfelici during the finale at Mugler’s Haute Couture show of Spring-Summer of 1997, presenting feathered creations inspired by butterflies and surreal dragonflies.

The Birds of Paradise exhibition has amongst its silhouettes two extraordinary haute couture looks loaned to MoMu by Riccardo Tisci for Givenchy.

Refined accessories with ostrich, pheasant and marabou feathers showcase the elegance of fashion at Belle Époque at the end of the 19th century. The roaring twenties were the true heydays of garment feathers, as they were used in accessories such as boas and hats for flappers. Gabrielle Chanel also used feathers for her motifs and in the embroidery for her creations and film costumes. Marlène Dietrich’s iconic swan’s down coat is a masterpiece: it is the crowning jewel of the theme of black and white swan in evening dress.

These days, feathers are again all the rage on the catwalk, both in creations of Belgian as well as international fashion designers. The work of Belgian designer Ann Demeulemeester counts here as one of the most poetic examples of the use of feathers. 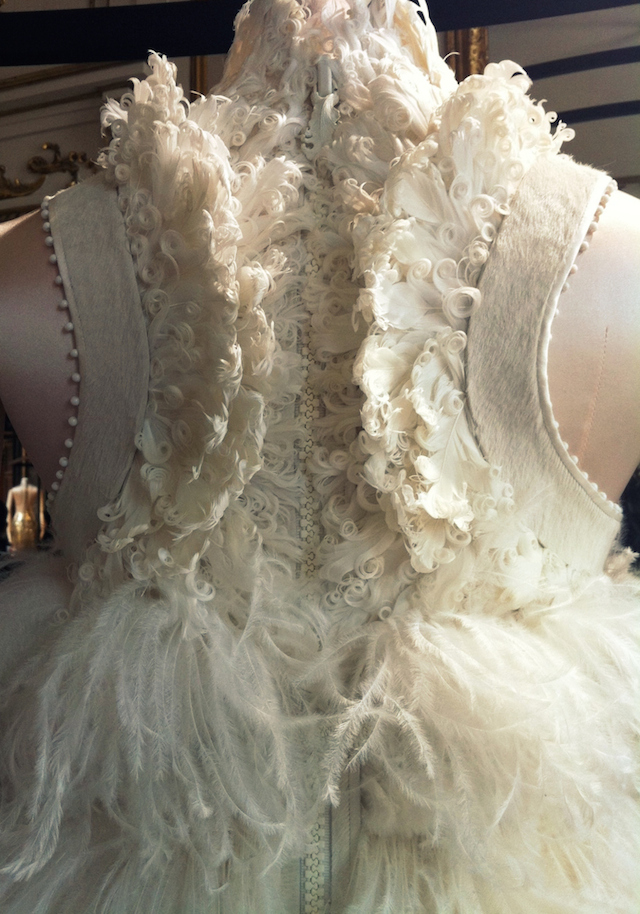 MoMu Fashion Museum Antwerp possesses a large collection of feather fans, in various types of feathers. A selection is on display at the Birds of Paradise expo, until August 24th. Since the renaissance feather fans have been used in European courts, where they are considered to be a luxury item and a status symbol. In the early 19th century, French Royal Courts would organise balls with historic themes that referred to the ‘ancien regime’, the era before the French revolution. As a result the feather fan became popular again. Queens and princesses – and in their imitation the rich bourgeois – liked to be portrayed holding a feather hand fan. An ostrich feather hand fan was particularly popular. 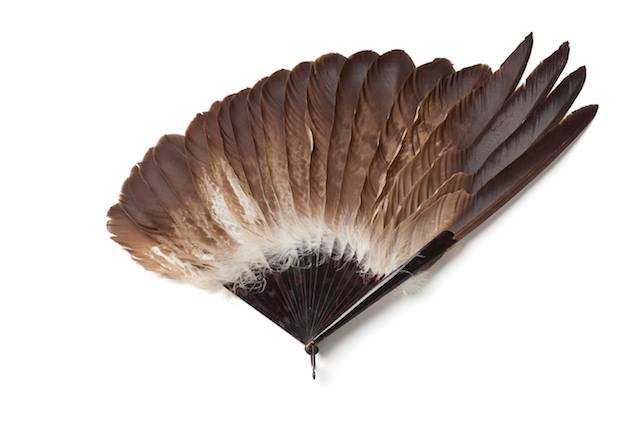 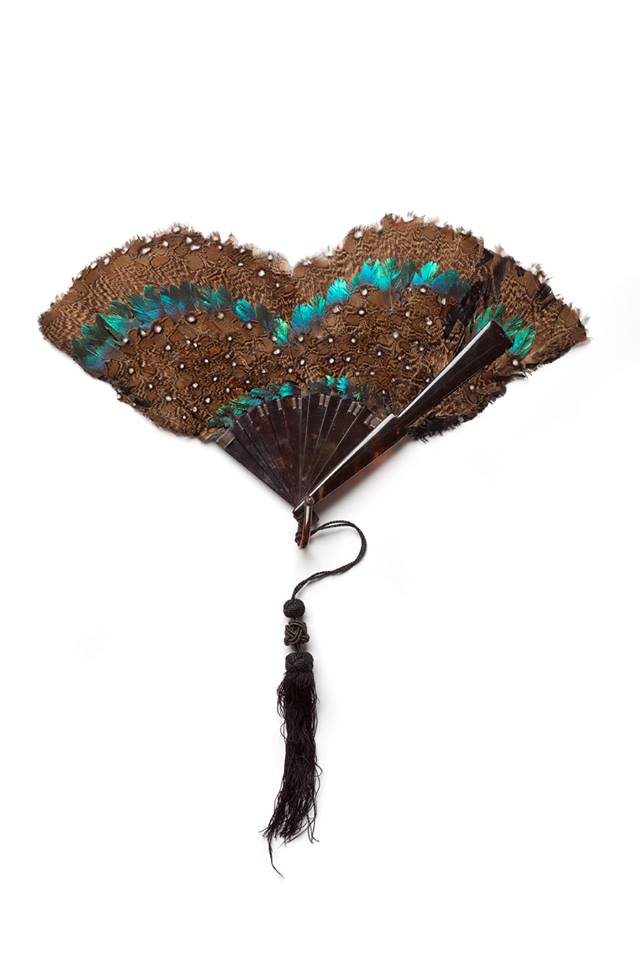 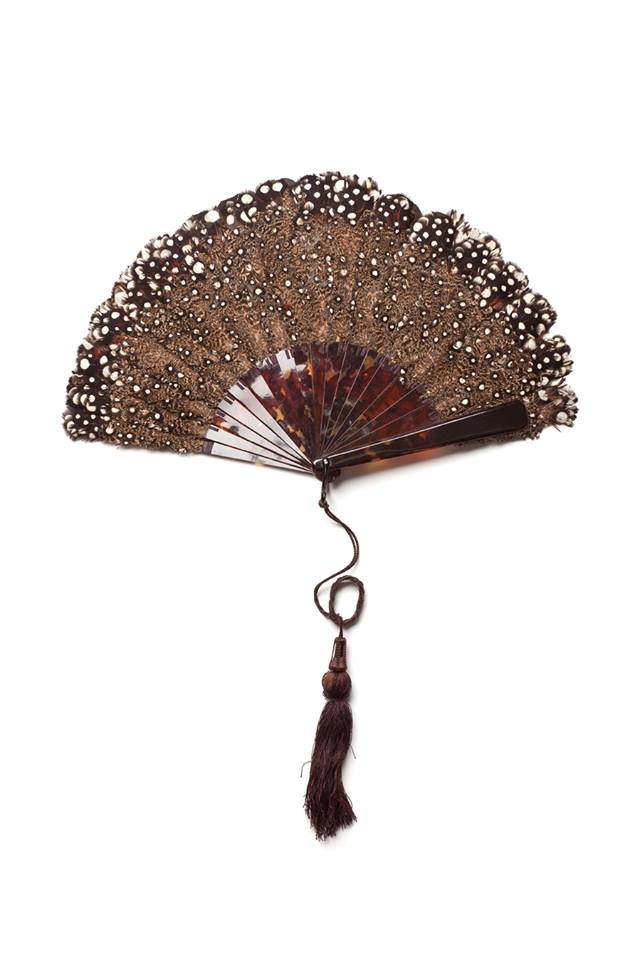 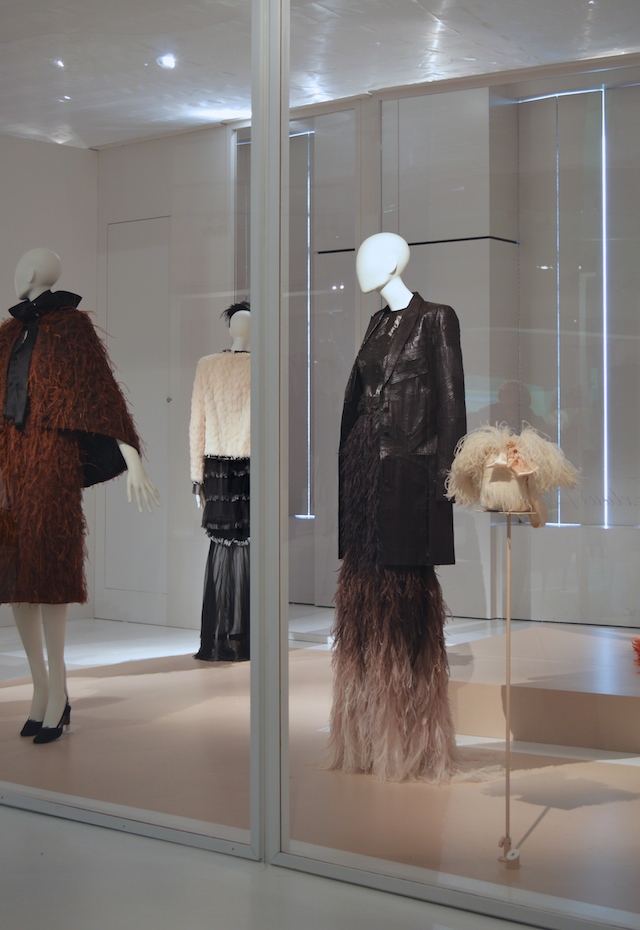 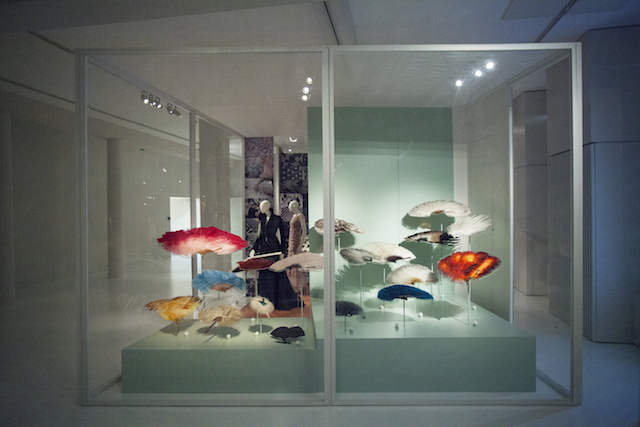 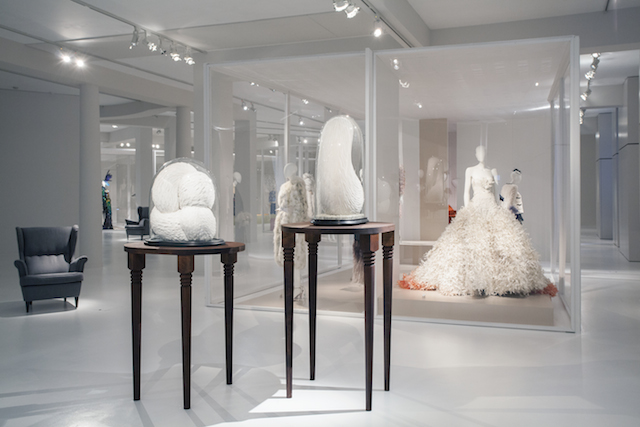