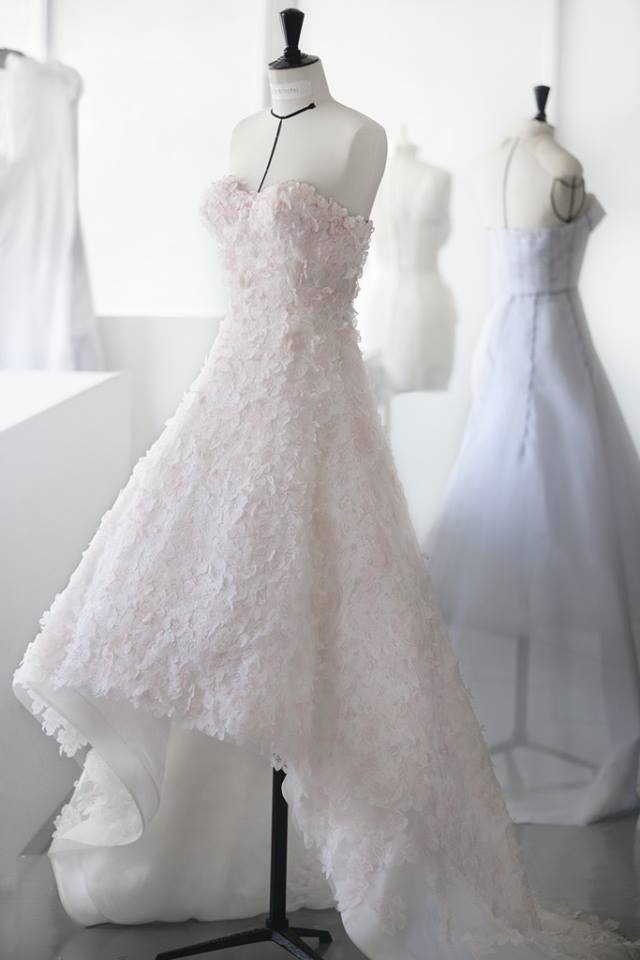 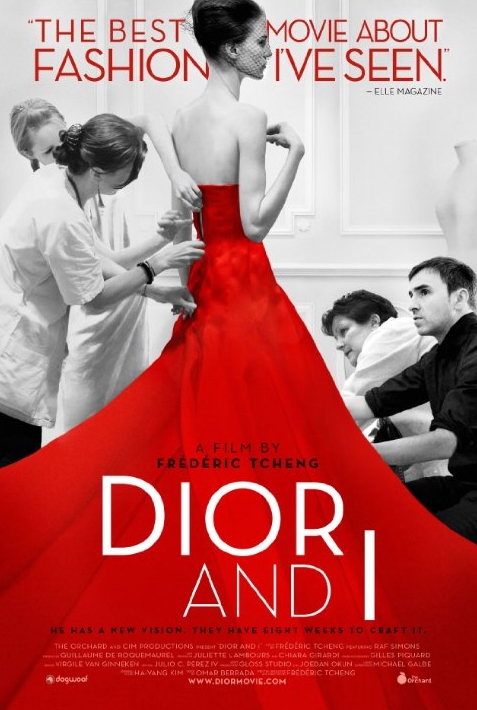 This article titled “Dior & I: behind the scenes at the legendary atelier” was written by Hannah Marriott, for theguardian.com on Thursday 26th March 2015 08.58 UTC

Frédéric Tcheng is the director of Dior & I, a documentary about creative director Raf Simons’ first collection for the storied Parisian house, which is in cinemas 27 March. Here is what he learned about the rarefied world of couture during filming.

“Raf said no [to the documentary] initially, which I can understand. He didn’t want to engage in the image-driven world of publicity, and it’s not an easy thing to have cameras pointed at you in one of the most challenging periods of your career. But we convinced him to allow us in for a trial period of one week, and once he appreciated that we were not going to focus on just him but on the atelier, that seemed to reassure him.”

Not everyone was so shy, however…

“One woman in the atelier, Lulu, who was in charge of sourcing buttons and zippers and mannequins, really wanted to be on camera – so much so that she had a fight with another seamstress about it.”

The Dior atelier is run on Coke Zero

“I have never seen people drink so much Coke Zero. They are literally obsessed with it. One day I saw a crate of hundreds of cans that had been delivered to the office, and the next day they had all gone, and another came. Every day there were the same conversations: where are the cold cokes? People would fetch them from different fridges.”

John Galliano ended up on the cutting room floor

“There was a version which included some of the news reports about Galliano, [Simons’ predecessor at Dior, who left after he was caught an antisemitic rant in a bar in Paris] but in the end I felt that didn’t make sense in the film. Everything that happened before Raf arrived, with the Galliano scandal, had been covered a lot and it felt as though it belonged to the news cycle, not in the reality of the present. It also became clear that Raf was digging into the first 10 years of the house – that’s what he was having a dialogue with, so it made sense to focus on that.”

“While researching the film, I found a tiny little grey Christian Dior autobiography, with such an emotional depiction of work as designer, with every step described in such fascinating detail. I would read it at night, after a long day shooting [at the atelier] and would feel I was reading what I had seen that same day. There was a very interesting relationship between the past and the present. A sense that history repeats itself but it’s a brand new journey for the people going through it.”

“Pieter is an incredible force to be reckoned with. He manages to get so much done with a smile. He was pivotal – he held so many keys – he was our ‘go to’ person. He was always so charming. He charmed everyone.”

Raf’s wardrobe was laden with meaning – particularly his shorts

“Raf has a uniform – his clothes are bordering on clerical, although with completely outrageous shoes. I also loved his shorts. Psychologically, when he showed up in shorts to the office, it marked a turning point in collection. The sun is out and Raf feels comfortable enough to show up in shorts at Dior.”

“Raf is a fan of Plastikman and Nine Inch Nails, which he plays at volume, which was kind of a nightmare for us as it meant we couldn’t use some of what we were filming. He would turn the music up and sing the lyrics very loudly. His team found it endearing but [it made it] hard [for them] to focus.”

Everyone in the atelier had creative input

“The seamstresses referred to the dresses they were making as their babies – they put a lot of themselves into their work. They have an inner life and are engaged and involved in their work. I hope that the film showed fashion in a different light – that it’s a collaborative art form, not just a one man show, as the media portrays it.”

Simons stayed away during the edit

“After the premier, Raf called me and explained that he had kept his distance until then because he did not want to influence my decisions while making the film. I thought it was remarkable that he would be thoughtful like that.”