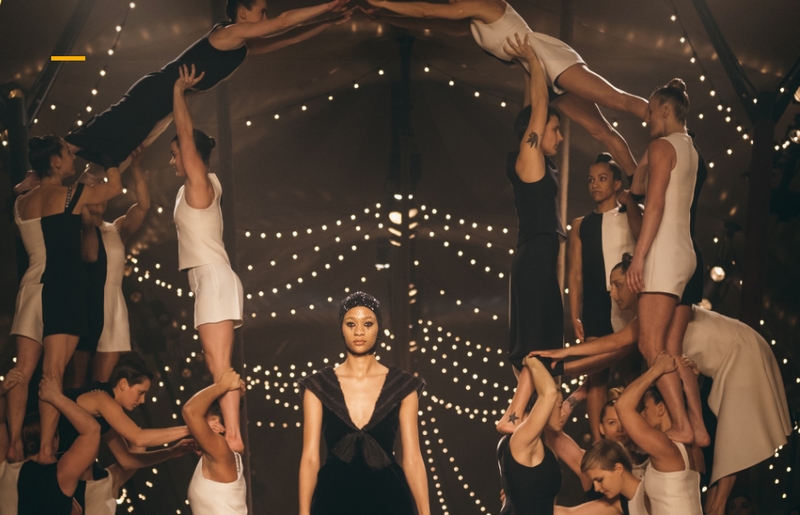 The magic and imagination associated with the circus is expressed through costumes, fashion and art in the new Dior haute couture collection for Spring-Summer 2019. Dior Creative Director Maria Grazia Chiuri drew inspiration from the fantastical circus, the haute couture collection being presented under a circus tent in the gardens of the Musée Rodin in Paris.

The fashion show featured a performance by acrobats from the all-female circus company Mimbre. “London-based, all-female Mimbre acrobatic group’s performance during the show, innovatively employing the circus arts and dance as a physical language to illuminate human connections and, in the process, promote a positive and powerful image of women,” explained Dior’s team.

Choreographer Lina Johansson, told i-d.vice.com, “that her company was about drawing on the rich history of the circus and leaving behind the outdated traditions. In other words, no animals; no men throwing women around; no P.T Barnum-esque exploitation. The 18 acrobats at the show were a mix of ages, body types and nationalities, but what they all had in common was astonishing physical strength.”

Dior first featured the circus theme in 1950 when a television report on the Maison’s show at The Savoy in London was titled Dior ‘Circus’ Comes to Town.The theme later reappeared under John Galliano’s creative direction.

“The circus is presented as a place of inclusion in which the clown, through its androgynous and asexual dimension, becomes the expression of a possible equality and an evocation of modernity, one where beauty, origin, gender and age are no longer important, and only technique and daring matter,” said the luxury fashion house in a statement. 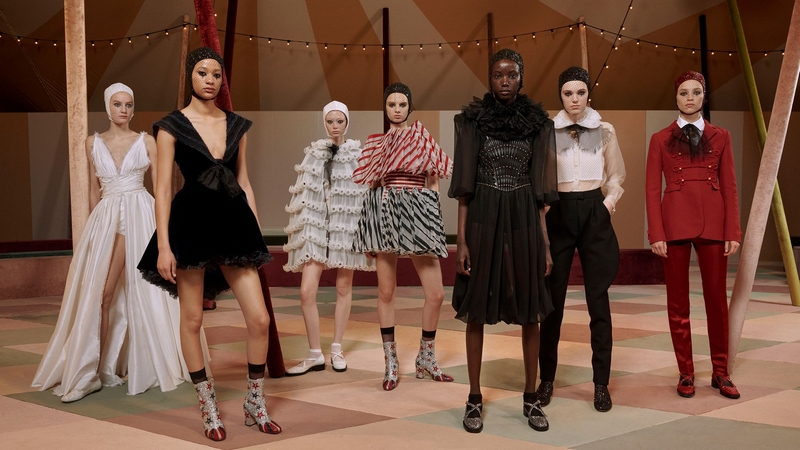 Bestiary motifs were again one of the key details in the haute couture collection.

For 2019, Dior’s own “parade” consists of full and very light pants narrowing at the ankle, along with shorts paired with sheer white shirts accentuated with ruffs or ribbons. There were also leather corsets, sailor stripes and black jackets inspired by those worn by lion tamers. Wild animals, horses and elephants were embroidered on items with rhinestones, along with the
message “Dior Dream Parade”. 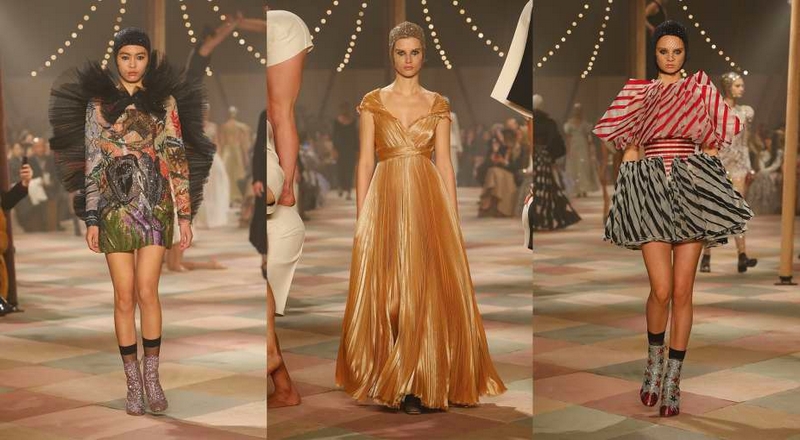 For accessories, Maria Grazia Chiuri revisited the signature Dior veil over 1950s style bonnets adorned with rhinestones.Makeup was inspired by the character of the white clown, with the eyes of models defined with black liner for a sophisticated look. 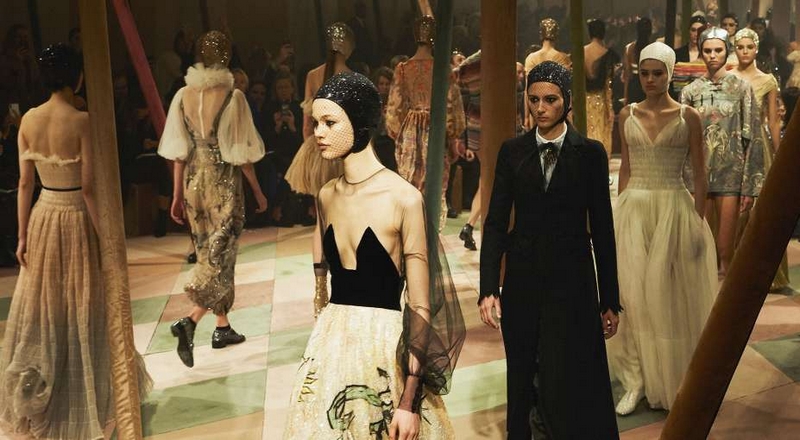 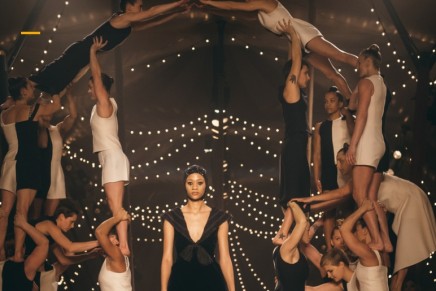 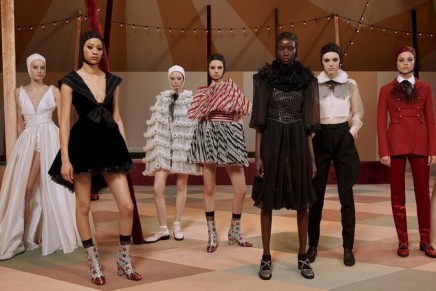 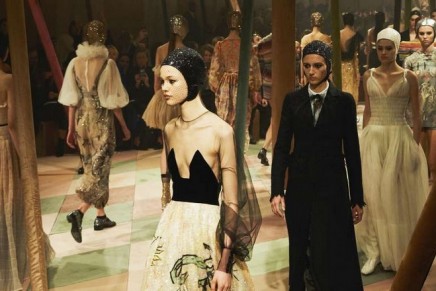 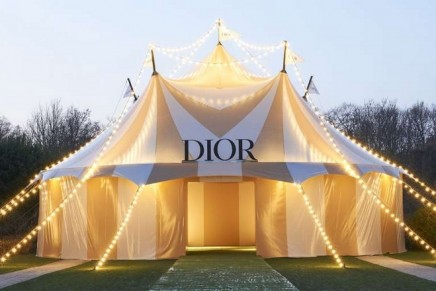 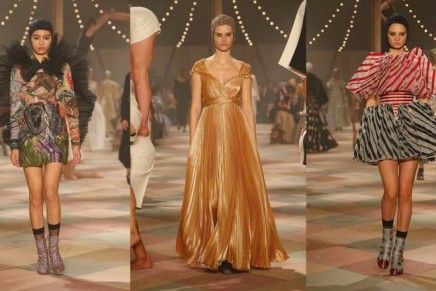