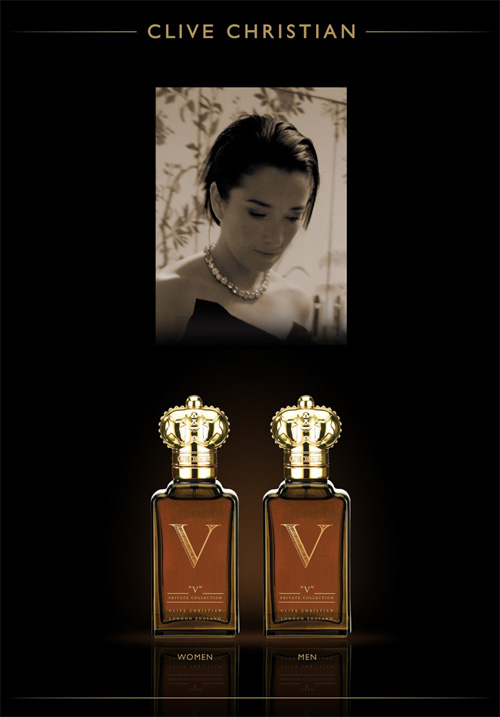 Clive Christian’s Private Collection has a second perfume, named “V” after Clive Christian‘s eldest daughter, Victoria Christian. “V for women” and “V for men” have a concentration of a pure perfume, representing the richest fragrance form.

In “V” for Women, orange blossom, is embraced by rose, jasmine, chamomile and bright lavender to impart the spirit of a romantic perfume.

“V” for Men is focused around frankincense, the most important aromatic incense since antiquity. THe frankincense leads the hallmark intensity of precious woods and resins which underline the pink, white and black pepper interlocked at the core, to evoke the ardent vitality of a brave perfume.

The amber bottles are crowned with caps whose design recalls the crown of Queen Victoria. Watch the video made by Fragrantica at the Clive Christian’s launch during the Esxence exhibition at the luxury Hotel Principe di Savoia in Milan. Each tester costs probably about 100 dollars each.

Clive Christian OBE (born 12 July 1951) is a British designer best known for his designer kitchens and his creation of Clive Christian No. 1 , the world’s most expensive perfume. Christian was appointed Officer of the Order of the British Empire (OBE) in the 2012 New Year Honours for services to the luxury goods industry. 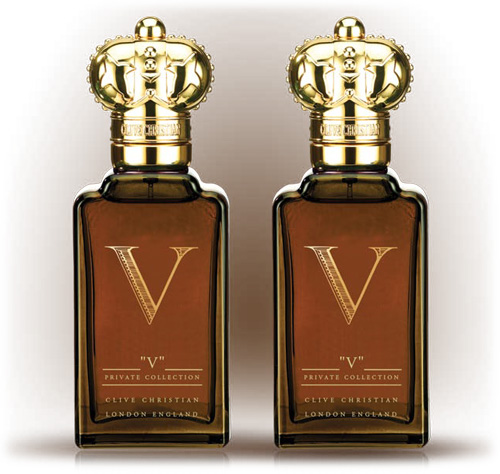