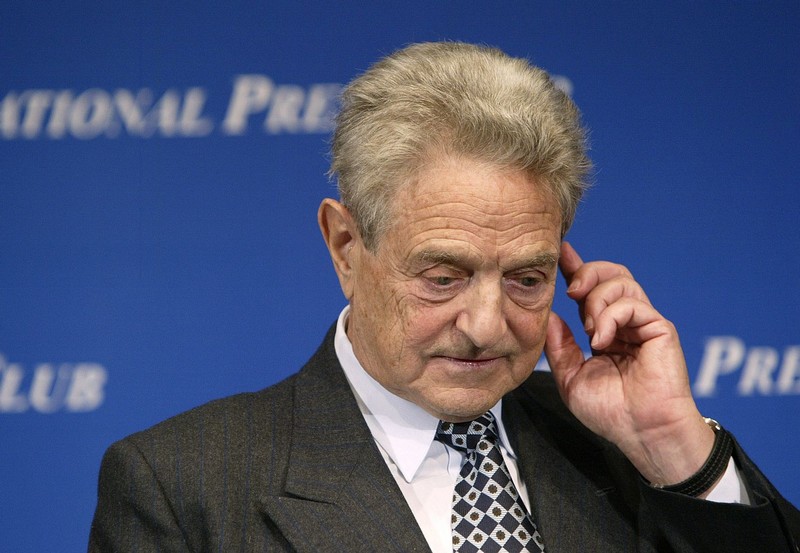 Billionaire climate philanthropist George Soros invested more than $2m (£1.3m) in struggling coal giants Peabody Energy and Arch Coal in recent months, despite having once called the fuel “lethal” to the climate.

Filings with the Securities and Exchange commission show that between April and June this year Soros Fund Management (SFM) bought more than 1m shares in Peabody ($2.25m), the world’s largest private coal company, and 500,000 shares in Arch ($188,000).

The firm, which Soros chairs, bought the large stakes for bargain prices. Peabody and Arch are giants of the US coal sector but have suffered massive declines in recent years, losing more than 98% of their value. SFM made a similar move in 2014 by investing $234.4m in coal and gas company Consol. Those shares were sold off after a few months as gas prices continued to fall.

The Hungarian trading titan is the 29th richest person on earth; according to Forbes he is worth $24.2bn. In 2009, after being convinced by Al Gore of the urgency of the climate challenge, he pledged to spend $1bn of his own money on renewable energy and funded the Climate Policy Initiative (CPI) thinktank.

At the time, Soros said: “There is no magic bullet for climate change, but there is a lethal bullet: coal.” A report produced by CPI in June 2014 concluded that transitioning away from coal represented a cost-effective way to reduce emissions. CPI declined to comment on their benefactor’s apparent inconsistency.

The size of the investments, which were small relative to Soros’ vast wealth, indicate they may have been speculative. Dan Lowrey, a coal analyst at SNL Energy said Soros had also owned shares in Peabody and Arch during 2011 and 2012.

“At their current stock prices of just above a $1 these investments can almost be viewed as stock options – or a small bet on a recovery in global coal prices,” said Lowrey.

Soros has also been a significant donor to both Hillary Clinton and Barack Obama’s election campaigns, donating at least $1m to each through the Priorities USA Action superpac. Both have positioned themselves as supporters of strong climate action. The coal industry has admitted that Obama’s clean power plan, which Clinton has vowed to support, threatens the future of coal in the US.

Analysts at the Carbon Tracker thinktank reported earlier this year that the US coal sector has entered a “structural decline” because of cheap shale gas and ever-heavier regulatory pressure.

“We see no reason to question this conclusion,” said Carbon Tracker analyst Luke Sussams. “The market is still struggling to stay afloat, with victims falling by the wayside monthly. This month, it was Alpha Natural Resources filing for bankruptcy, the US’s second-largest coal producer [after Peabody].”

On Tuesday, Citigroup bank reported that the total value of listed coal companies had shrunk by two thirds since 2012, saying “current market conditions are likely to persist”.

A spokesman for SFM declined to comment on the investments.