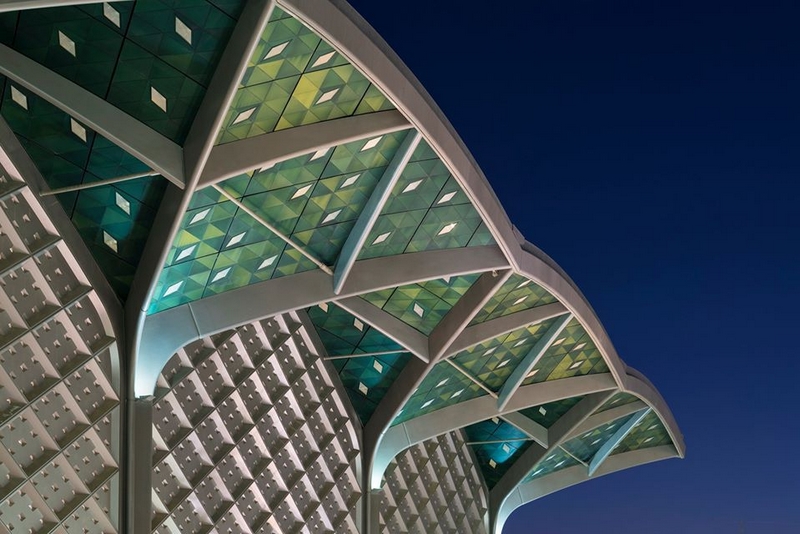 One of Britain’s most famous architects is under fire for agreeing to design an airport and terminal in Saudi Arabia despite signing a climate emergency manifesto that called for an “urgent need for action” on climate change.

Last year the practice won the design contract for an airport for a luxury resort, known as the Red Sea Project, in Saudi Arabia. And last month it was also revealed that it had put forward a proposal to build a terminal and control tower to serve a similar project: the Amaala luxury resort.

Amaala is described as being ‘akin to a private members’ club’ and is currently being built on a 400,000 hectare site along Saudi Arabia’s north-west coast. The resort’s airport could be used by up to 1 million passengers a year after the resort’s opening, currently scheduled for 2023.

Foster’s involvement in these projects has infuriated climate-concerned architects who joined Foster in signing the Architects Declare manifesto to “raise awareness of the climate and biodiversity emergences and the urgent need for action”. The manifesto also called for the establishment of “climate and biodiversity mitigation principles as the key measures of our industry’s success”.

Helping the aviation industry to expand runs counter to these aspirations, warns a group of architects, the Architects Climate Action Network (Acan), who have demanded an explanation from Foster and Partners over its plans. The campaign group says the Saudi projects run counter to its declared commitment to protect the planet against the current climate change crisis being triggered by rising carbon emissions from fossil fuel burning. The group has also announced it will be pressing all UK architecture practices to end involvement with the aviation industry.

Related: Norman Foster: ‘Manchester town hall and my local library were the buildings that shaped me’

“Anything that encourages the expansion of the aviation industry and the associated rise in the burning of fossil fuel should be viewed as being off-limits for architects concerned about the rate at which our planet is warming,” said a spokesperson for Acan. “It is as simple as that. We should be working to bring about a moratorium on the expansion of air travel.”

Foster and Partners is famous for his design of spacious, sleek steel and glass buildings. These include London’s St Mary Axe building, popularly known as The Gherkin; City Hall, London; and the Great Court in the British Museum. Contacted by the Observer last week, Foster and Partners said it would not be responding to the criticisms made against them by campaigners.